World Refugee Day: Did You Miss It? 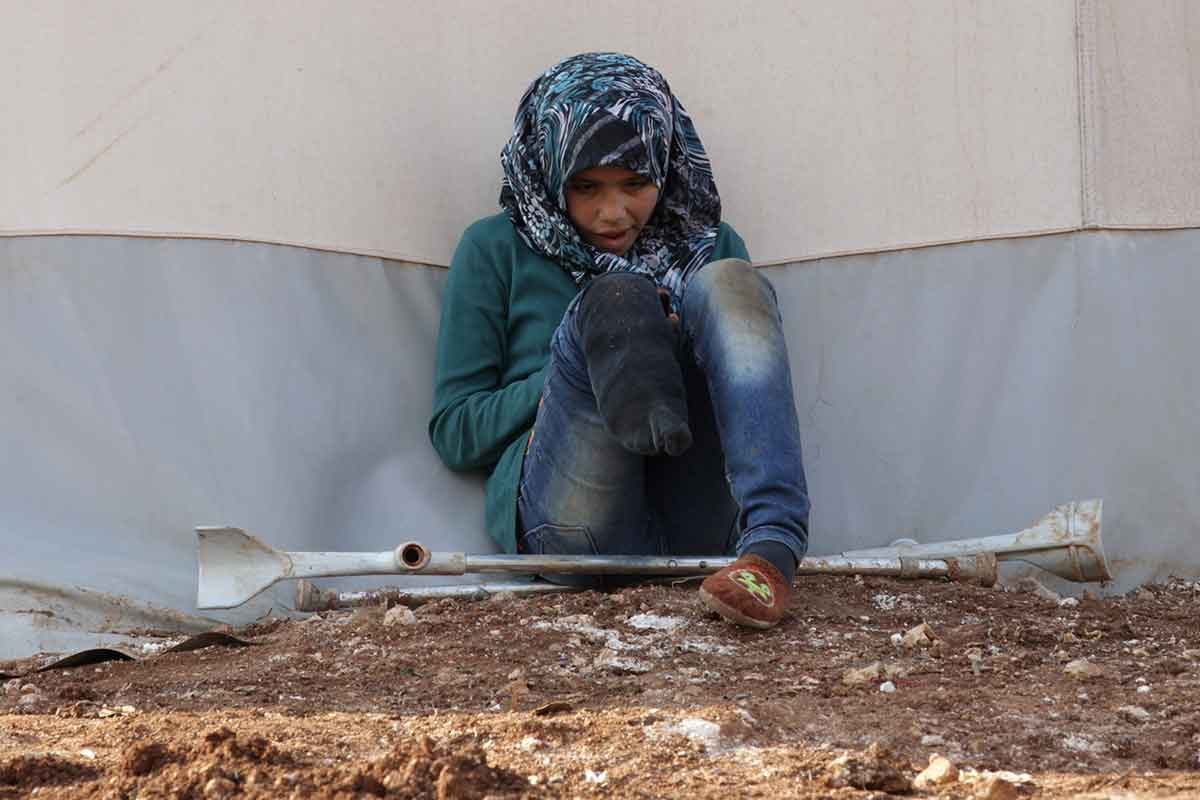 A Syrian girl with an amputated leg sits outside a tent at Syria’s Bab Al-Salam camp for displaced in Azaz, near the Turkish border. When it comes to helping the poor, the marginalised and refugees, Pope Francis urged Catholics not to mimic the “Mannequin Challenge” by just looking on, frozen and immobile. (CNS photo/Khalil Ashawi, Reuters)

World Refugee Day, June 20, came and went with hardly a notice. I almost missed it.

Sadly, little mention was given in the secular and even religious world to the unprecedented refugee crisis endured by countless fellow human beings who have fled their homes with little more than the shirt on their back.

According to the United Nations High Commissioner for Refugees’ (UNHCR) latest report titled “Global Trends,”  as of 2016 over 65 million people worldwide – a record high – have been forcibly displaced as a result of persecution, violence, conflict or human rights violations.

Every single day 28,300 brothers and sisters are forced to flee from their homes.

Especially sad is the fact that children account for over 50 percent of the refugee population.

In just the last six years the number of displaced persons throughout the world has increased approximately 50 percent – from 45.2 million to the current 65.6 million.

Armed conflicts in Syria, Iraq, Afghanistan, Yemen, Burundi, Central African Republic, Democratic Republic of the Congo, South Sudan and Sudan continue to be the major driving force for this dramatic increase in displaced persons according to UNHCR.

Although the humanitarian need is tremendous, only less than 1 percent of all refugees are resettled worldwide.

According to CNN, at least 2,859 migrants died trying to cross the Mediterranean Sea in 2016.

U.N. High Commissioner for Refugees Filippo Grandi said, “At sea, a frightening number of refugees and migrants are dying each year. On land, people fleeing war are finding their way blocked by closed doors.”

And while not entirely closed, the United States’ refugee doors are barely cracked open.

In fiscal year 2016, according to the Pew Research Center, the U.S. under the Obama administration only allowed 84,995 refugees into the country. And from war-torn nations like the Democratic Republic of the Congo and Syria, the U.S. only permitted the entry of 16,370 and 12,587 refugees respectively.

To make matters worse, President Trump is proposing lowering the total number of refugees permitted into the U.S. in fiscal year 2018 to just 50,000.

Granting such small numbers of desperate refugees permission to enter the U.S. is gravely immoral.

In contrast, according to the UNHCR, the tiny nation of Lebanon is host to the largest number of refugees relative to its national population – where one in every six persons is a refugee. That’s equivalent to the U.S. taking in 55 million refugees!

Let’s tirelessly work and pray to be a part of the refugee solution, and not a part of what Pope Francis calls the “culture of indifference.”

I was a Stranger and You Took my Child from Me