Our Youth: No Angels or Helpless Victims 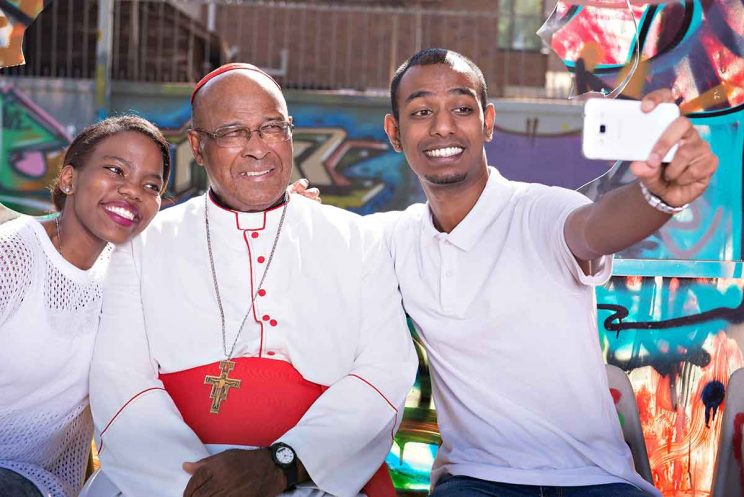 “Just because young people like taking selfies doesn’t mean they are not committed to more serious pursuits.” Here two of the organisers of this year’s Mini World Youth Day in Durban, Philiswa Shongwe and Shaun Singh, are taking a selfie with Cardinal Wilfrid Napier, who at 76 is still young at heart. (Photo: Val Adamson)

The celebration of Youth Day, and remembering the extraordinary sacrifices and bravery of the Soweto youth of June 16, 1976, is these days often accompanied by a lament for modern-day youth: “The trouble with young people today et cetera….”

We more mature folk are tempted to speculate on whether our young people— with their selfies, and their branded clothes, and their “earbuds”, and their sense of entitlement — would have taken to the barricades and put themselves at risk the way their predecessors did.

Of course, we cannot know. And the characterisation above of today’s young people can only ever be true of some young people some of the time.

But it seems to me that young people today face an altogether more complex world than in the past, and that navigating it is sometimes much harder than responding to the obvious injustices of 41 years ago. So when they do achieve what their elders and betters have told them to do— they have studied hard, and completed matric, and gone to further studies, and got a qualification—and they still end up unemployed, whom do they protest against? Where will they be marching?

So while I’m not suggesting that our young people today are all angels or helpless victims of a global economy, I do want to reflect on the many examples of heroism and courage that I see in the youth of today.

One example that stands was in the world of the arts. In fact, by coincidence it was a production of Sarafina, that iconic musical about 1976, and it was being performed in the heart of Soweto.

There is nothing extraordinary about that — for good reason the musical is performed up and down the country by young people from rich and poor communities. What was unusual about this production was that the musical theatre students from TUT in Pretoria had chosen to adopt colour-blind casting , giving roles to actors on merit regardless of the colour of their skin.

And so, between their two casts, they ended up with a black Sarafina and a white Sarafina. Inevitably, this was met with tut-tutting from traditionalists. But the young actors’ reply was that for their generation the issue of oppression in public schools — poor standards, lack of resources, uncommitted teachers — was one which affected white learners no less than black ones, and so they needed to stand together in their musical protest.

In fact, for me the arts are a recurrent way of affirming the vitality, the creativity and the hard work of our young people.

A non-political but equally powerful message came through from young performers who shared the stage recently with the KZN Philharmonic Orchestra. This annual showcase highlighted singers, violinists, pianists, trumpeters and others performing hard classical pieces to a standard that many professionals would have been proud of. The diversity of the line-up showed that in modern-day South Africa music can be colour blind too.

I ‘m constantly impressed by the dozens of young people who come to feed the poor at the Denis Hurley Centre (DHC): many of them — black, white and brown — come from privileged middle-class families.

Though they come initially with their schools, a good number then return to volunteer of their own accord, or organise fundraising initiatives to support the centre in other ways. 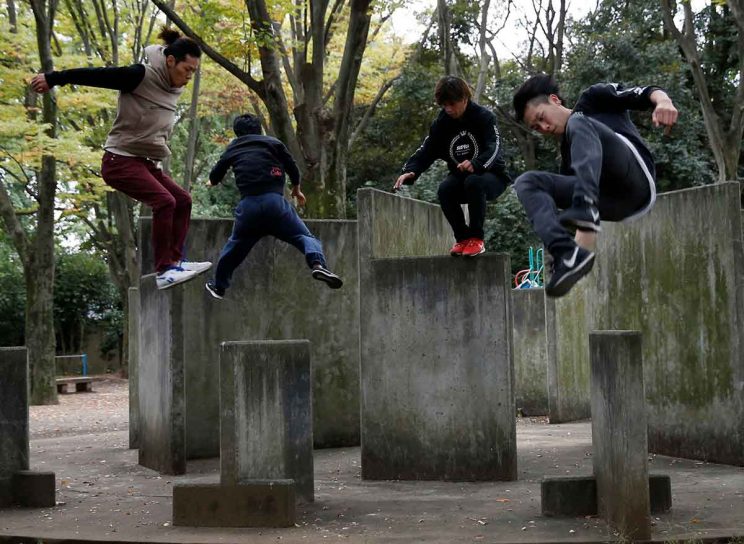 We at the DHC are looking forward to many young people joining us on Friday, July 14 with our challenge Dare2Share, when they will come and spend an evening (or even the whole night) on the streets of Durban with the homeless (see Facebook for more details). In the age of the “Me Generation”, it takes courage to stand out from the crowd and show that you do care and you are willing to take some risks for the poor.

More personal examples also come to mind: a 26-year-old journalist I know who refused an invitation to go out and have fun on a Sunday evening because she was more focused on getting her newspaper piece just right; a 28-year-old man from a rural village who has trained and worked hard to become one of Durban’s bright new stars in jewellery design; a 25-year-old who despite setbacks pulls himself up again and keeps persevering at his chosen profession of advertising.

I am sure that each one of us can think of young people we know who are showing heroism in their own way: in the face of a society that expects them to fail, and an economy that will rather exploit them than support them.

As a Catholic community, we have a chance to celebrate our young people in six months’ time. A Mini World Youth Day will be held in Durban from December 6-10. This will unite Catholics aged 18 to 35 from South Africa, Botswana, Lesotho and Swaziland to celebrate their Christianity, community and unity while experiencing the chosen theme of “young people, faith and vocations”.

This builds on the momentum of the global World Youth Days which were started by Pope John Paul II in 1983 and have taken place all round the world — every continent except Africa! — every three or four years.

Our national Durban event, like the global ones, is not just an opportunity for young Catholics to meet each other but also a chance for them to take on leadership roles in organising and running the event.

We sometimes call them the “Church of Tomorrow”. But they are the Church of Today as well, and we must keep giving young people a chance to try (and sometimes fail) as they explore their own faith journeys and find their role within our parishes and the wider Church.

That takes heroism and courage from them — and from us oldies as well!

For more info on the Mini Youth Day, Durban, please contact Barbara Koorbanally at the archdiocese of Durban on 031 303-1417 or the Conference Company on 031 303-9852 (both during office hours); or e-mail louise@confco.co.za, or visit www.miniworldyouthday.co.za