How a Saint Stood up to State Capture! 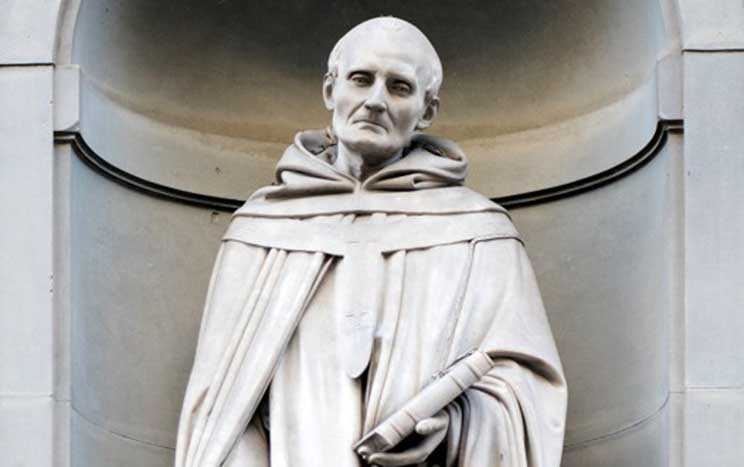 It is doubtful that anyone present raised the moral issues underlying the economic development of Africa. Those from South Africa have in the past paid little attention to the ever-widening gap between the rich and the poor. In this respect, we are one of the worst countries in the world.

This is where we need to follow the example of St Antoninus.

He was a Dominican, a moral theologian, and a man totally dedicated to God and to the people of Florence, the city he served as archbishop from 1446-59.

Florence in those days was a city state, almost a country on its own. Highly industrialised, it was also the financial and banking powerhouse of southern Europe.

It was ruled by the powerful Medici family. Through their initial success in getting control of the textile industry, they then gained both commercial and political control of the whole city, as well as its artistic and humanistic culture.

This family dynasty lasted nearly three centuries. It was a remarkable example of “state capture” by a single family.

The Father of Christian Social Ethics (apart from Jesus)

But behind this prosperous and profitable scene was also tremendous poverty. Archbishop Antoninus devoted much of his time to alleviating the suffering of Florence’s poor. Not only that, he also wrote a five-volume work of moral theology, directed towards the ruling business men of the city.

In his sermons and writings he showed the elites their moral responsibility in such a situation. They were to use their resources to meet not only their own needs, but also the needs of others. Profits should not be in excess of the moderate needs of those in charge. He vigorously opposed the pursuit of luxuries.

You might have thought that this turned these leaders off, but Antoninus promoted these ideas with such wisdom that he retained their friendship, and some actually supported him. Yet he was merciless with those who merely gave “specious excuses”.

All that he taught, he put into practice in his own life. He had a habit of meeting the poor where they were, mainly in the working-class districts — and they loved him.

For transport he had a mule. Once when he met a really destitute family he gave them the mule and went home on foot. A well-to-do person kindly presented him with another mule, but he gave that one away as well. He then remarked that it is easier to meet the poor and chat to them when you are on foot.

He was also known to take off his coat and present it to a beggar who was cold. At the same time he reformed the lives of his Dominican brethren.

He is generally considered to be a father of Christian social ethics.

Now to apply all this to South Africa. Till now, only a little has been said by the Church in South Africa about our own situation of rich and poor.

True, it was the Dominican provincial who initiated the enquiry into “state capture”, and many people of all religions and denominations are actively engaged in charitable work, and the bishops have released statements.

But where is the moral judgment? Where is the economic system being condemned? Where was our voice at the Economic Forum for Africa?

St Antoninus set us an example. Pray to God that we may follow it.