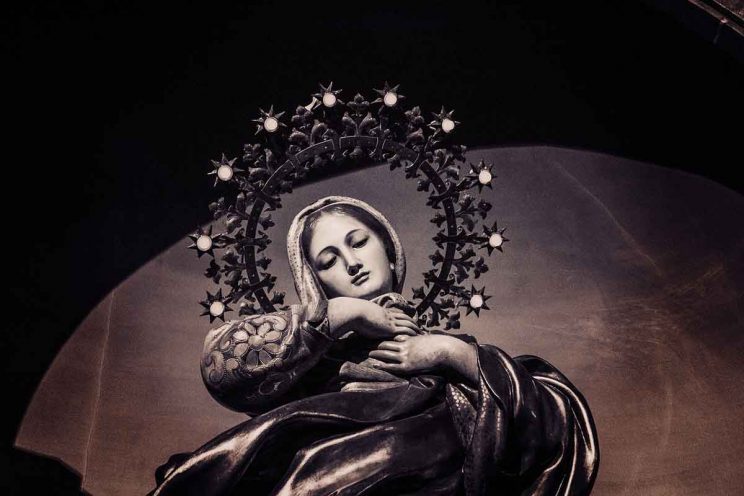 The celebration of Mary’s Assumption Into Heaven is coming soon. This celebration goes way back into the earliest times of  Christianity, yet there seems to have been uncertainty about whether Mary actually died or not before she was taken body and soul into heaven. If the tradition of her Assumption is so firm, why is this detail lacking? Pen Evans

Mary’s status in the Church comes from her unique privilege of being the mother of the promised Messiah, Jesus. She gave birth to a divine person in human nature whose life, death and resurrection redeemed humanity from its descent into sin and corruption.

Because she is human, the Church believes that she too needed to be redeemed by Christ, the very person whose mother she is. Jesus redeemed her by the special privilege of her Immaculate Conception. This is the doctrine of the Church defined as such by Pius IX in 1854.

[Tweet “We believe in the resurrection of Jesus and in our own resurrection. Mary is the fulfilment of that belief.”]

Mary Redeemed by Christ in the Womb

He proclaimed that the Blessed Virgin Mary “in the first instance of her conception, by a singular privilege and grace granted by God, in view of the merits of Jesus Christ, the Saviour of the human race, was preserved exempt from all stain of original sin”.

This article of faith means that Mary is the first human person to be redeemed by Christ. For us, redemption comes at baptism and when we come to faith. For her, redemption came in the womb. For us, redemption is completed in our rising from the dead. For her, it is already complete;  she has risen, that is, she was assumed body and soul to be with her son in heaven.

READ  How Elvis Came to Sing the Hail Mary

In the creeds we declare our belief in the resurrection of Jesus Christ and in our own anticipated resurrection. Mary is the fulfilment of that belief.

According to various traditions Mary died in Jerusalem. The lack of precision about this is said to be due to the destruction of Jerusalem in the first century, leaving little cogent evidence in its wake. In the 4th century the site of her reputed death was identified on Mount Zion, today the Benedictine Dormition abbey.

No Relics of Mary

If there were any relics of Mary’s body, they would have been venerated with huge ceremony. There are none. The constant story is that Mary died in the presence of the apostles who buried her, but when the tomb was opened it was empty.

Another story is that she did not die but bodily entered heaven. Since she was sinless, she should not have undergone death, the penalty for sin.

In the absence of exact historical evidence, in 1950 Pius XII defined the doctrine of the Assumption by declaring that Mary, “after completing her course of life upon earth, was assumed to the glory of heaven in body and soul”.