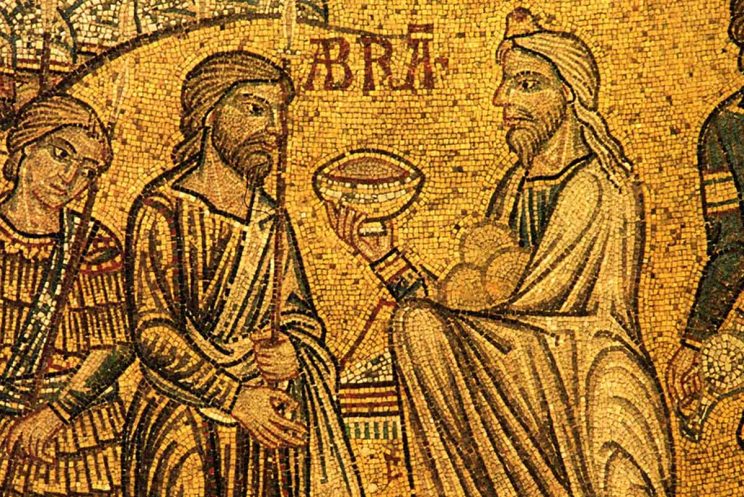 I attended the ordination of a priest and heard Genesis 14:18-20 quoted wherein Melchizedek, king of Salem and priest of God Most High, blessed Abram. He brought bread and wine, presumably to offer as a sacrifice. Who was this Old Testament man and how can he be associated with Christ and the priesthood today? Ricardo

Melchizedek was the priest and king of Salem (Jerusalem) in the land of Canaan, the first priest named in the Bible. He is a strangely odd character because his appearance in Genesis 14 interrupts the flow of the story of Abram and the king of Sodom.

In the narrative, Melchizedek brings bread and wine to Abram, blesses him and receives tithes from him. Then he abruptly and completely vanishes from the text and the story carries on without him.

Early Christian writers, such as St Cyprian in the 3rd century, understood this mysterious moment as a scriptural foreshadowing of Christ, who is also priest and king, who would sacrifice his life and give us the Eucharistic memorial of that event  in the consecration of bread and wine.

Hebrews Gives Us the Answer

This has its roots in the epistle to the Hebrews. Here the writer tells how the Levitical priests among the Jews were many in number. They offered daily blood sacrifices for their sins and the sins of the people, and they died. Christ is immortal, however, holding a permanent priesthood, not needing to offer such sacrifices. He was without sin and shed his own blood in one sacrifice for sin, once and for all.

The author of Hebrews was addressing Jewish converts struggling to grasp how the established hereditary Levitical priesthood could be superseded by Christ’s unique and everlasting priesthood. He indicates that Christ’s priesthood, like Melchizedek’s, is not subject to the Law of Moses.

It would help you to read the epistle and follow the author’s reasoning where he shows that the mysterious Melchizedek had no ancestry, therefore his priesthood was not hereditary as in the case of the Levitical priests. Christ’s priesthood, too, has no ancestral link because he is divinely appointed to his role.

Also, when Melchizedek blessed Abram and received tithes from him, he demonstrated that his priestly role was greater than the role of the priesthood of Abram’s descendents.

The bread and wine are also important symbols in this explanation, which the Church accepts. Melchizedek prefigured Christ the high priest who is the only intermediary between God and man.

Ancient rabbinical tradition identifies Melchizedek as Shem, the son of Noah. As a priest of the Most High God he blessed Abram and received tithes from him. In so doing, he passed on his priesthood to Abram and his descendants through the Levites.