Britain: 53% Say They Have ‘No Religion’ 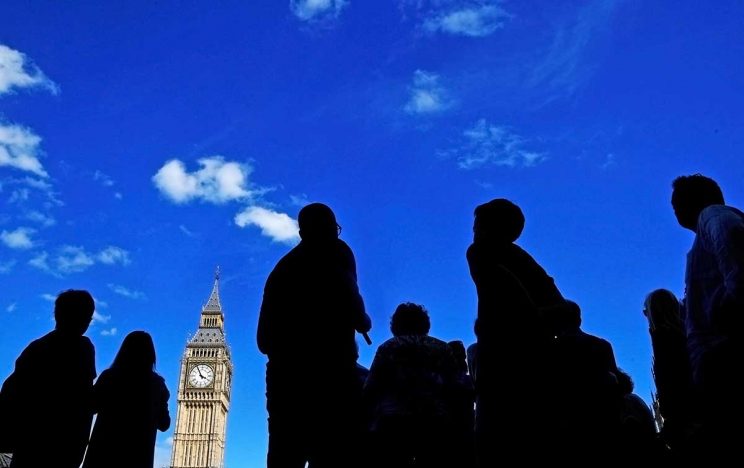 People are seen in London. Sample research done shows that the majority of Britons say they have no religion. (Photo: Toby Melville, Reuters/CNS)

More than half of the people in Britain say they no longer belong to a religion, said data released by NatCen Social Research.

Fifty-three percent of nearly 3000 adults interviewed for the British Social Attitudes survey, 53% said they had “no religion”, NatCen reported.

That figure, covering 2016, is up from 48% in 2015. The centre said in a statement that the data reveals the proportion of people in Britain who describe themselves as having no religion is at its “highest-ever level”.

Church of England Hit the Hardest

The proportion of non-believers has increased gradually since the survey began in 1983, when 31% of those surveyed said they had no religion.

Most of the decline in religious affiliation has been among people who previously belonged to the Church of England.

The survey found that 15% of people in Britain consider themselves to be Anglican, compared to about 30% in 2000.

The proportion of people who say they are Catholic has remained consistent, however, at about 10% for the past three decades.

Roger Harding, head of public attitudes at NatCen, said the increase in non-believers “follows the long-term trend of more and more of us not being religious”.

“The differences by age are stark and, with so many younger people not having a religion, it’s hard to see this change abating any time soon,” he said.

He said although the decrease in “those belonging to the Church of England is the most notable… these figures should cause all religious leaders to pause for thought”.—By Simon Caldwell,  CNS

Keeping My Faith With Anxiety

Deacon-Physician Says Everyone Can Help Limit Spread Of Coronavirus
Share