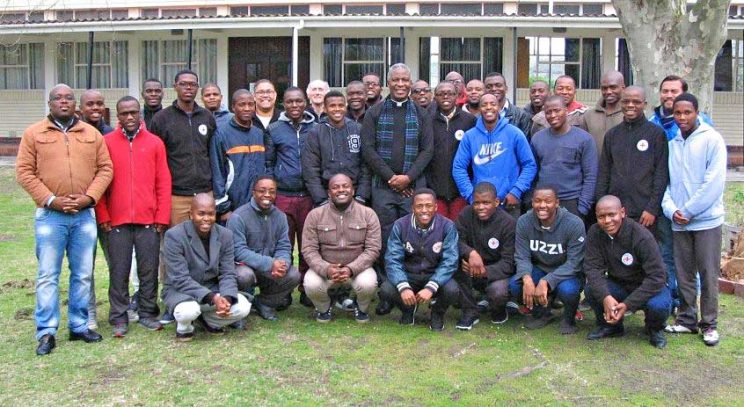 Students at St Francis Xavier Orientation Seminary in Cape Town were delighted to receive a lecture by Archbishop Thabo Cecil Makgoba, primate of the Anglican Church of Southern Africa.

By Emmanuel Mabelane – Young Catholic seminarians said they were privileged to listen to the primate of the Anglican Church of Southern Africa.

The event highlighted for the seminarians the importance of church unity.

They also were enlightened about the life journey of Archbishop Makgoba, who hails from rural Limpopo, and how he became the leader of the Anglican Church of Southern Africa.

The archbishop spoke about his vocation journey to ministry, which included the challenges he had to face and how he made a habit of keeping things in balance. He also said solid support structures kept him going.

The seminarians had the opportunity to ask the archbishop questions about how things are run in the Anglican Church.

They described the encounter as “really humbling”.

The day concluded with lunch served at the seminary dining hall, where the archbishop said grace before the meal.