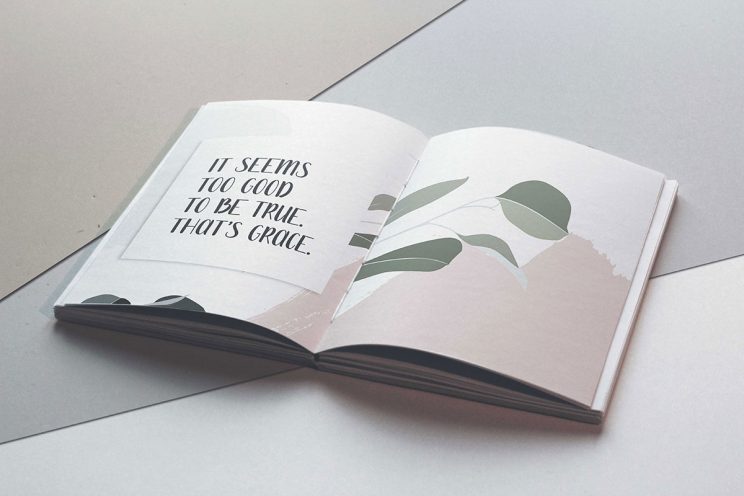 Then Peter came up and said to him, “Lord, how often will my brother sin against me, and I forgive him? As many as seven times?” Jesus said to him, “I do not say to you seven times, but seventy-seven times. “Therefore the kingdom of heaven may be compared to a king who wished to settle accounts with his servants. When he began to settle, one was brought to him who owed him ten thousand talents. And since he could not pay, his master ordered him to be sold, with his wife and children and all that he had, and payment to be made. So the servant fell on his knees, imploring him, ‘Have patience with me, and I will pay you everything.’ And out of pity for him, the master of that servant released him and forgave him the debt. But when that same servant went out, he found one of his fellow servants who owed  him a hundred denarii, and seizing him, he began to choke him, saying, ‘Pay what you owe.’ So his fellow servant fell down and pleaded with him, ‘Have patience with me, and I will pay you.’ He refused and went and put him in prison until he should pay the debt. When his fellow servants saw what had taken place, they were greatly distressed, and they went and reported to their master all that had taken place. Then his master summoned him and said to him, ‘You wicked servant! I forgave you all that debt because you pleaded with me. And should not you have had mercy on your fellow servant, as I had mercy on you?’ And in anger his master delivered him to the jailers, until he should pay all his debt. So also my heavenly Father will do to every one of you, if you do not forgive your brother from your heart.”  (Matt 18:21-35)

We All Have Balance Sheets

Each one of us, whether rich or poor, doorman or president,  prisoner or biker, has a balance sheet. Accounts owed and account owing. I think that most of us will recognise that in a world of today, the vast majority of our earth’s population will have a balance sheet that tends to be heavily weighted towards the accounts owing side; our debts. We borrow heavily against our future earnings, whether this be for our dreams or basic necessities like food, shelter, transport and medical costs, or whether this be for more transient pleasures or frivolous diversions.

Our unjust economic systems also tilt the scales as they use our pensions to build those shiny malls and our future earnings to gamble against “futures” on the stock market.  Even as poor religious we are bound to pray for our benefactors “living and dead”. For the conquered and exploited people that heard these words of Jesus, farmers,  servants and labourers, they would have understood fully what it meant to owe much against income that never quite stretched far enough.

Put On the Person of Each Character in all Parables

Just as in the interpretation of our dreams, the parables that Jesus uses calls on us to put on the person of each character portrayed. And so we begin by placing ourselves in the shoes of the servant whose debts are written off. We been called into the bank and are told that all outstanding loans have been called up but as a special birthday promotion, the bond on our property is to be written off. In addition to this great boon our credit card balances, bank overdraft and motor car loan will be settled by the bank. All our debts, all our sleepless nights and all our worries written off at one stroke. Imagine the joy as the bond document is ceremoniously torn up and all the settlement payments made by the bank handing over the oversized claques. Your life has been completely changed and you have been given a new beginning.

You arrive home and share the wonderful news with the family and there is great excitement and joy. Later that evening it’s time for you to pay the wages of the household maid and you deduct the small loan that was made to cover transport costs. This is all just in accordance with the terms and conditions of her employment. As we put ourselves in the shoes of this on the servant, we can feel the bitterness and resentment against those who have so much while we have little. The bank, however, comes to hear about what has taken place and you are summoned back to appear before the directors. All the gifts that you were given in terms of the debts that were written off and cancelled by the bank of rescinded and everything now becomes due and payable with immediate effect. Gifts that are taken back; how can this be just and equitable? Certainly, God who is ultimate good and our moral compass cannot act in such a way and so we need to look more closely at where Jesus is leading us.

Sanctification – Learning to Go Where Jesus is Leading us

Perhaps there is something within each of one of us that sees ourselves as upright, just and deserving of the gifts we receive; after all, we are hard-working and generous to our families. Perhaps there is even a little something within me that fails to see that same value in others. From the top of my ladder of success and fortune, the rarefied air is like a mirage that distorts my view of the connectedness with those holding the base of the ladder in place.

No, God never takes back his grace, his gifts; it is I myself who turn away from the connectedness that leads us to unity with God.  Forgiveness and healing is God’s gift to us within the community where we have practised this forgiveness and healing between ourselves. I  think that this can only become a reality from a heart that practices humility and gratitude.

Each time that I become angry at another’s words or actions, I  remember how my own words and actions have hurt others. Each time that I become distressed and upset about injustice and dishonesty, I  slip beneath my practised mask to look upon my own greed and indifference. Each time that I look upon another’s incompetence, I call to mind the time of my own utter inability to hold back a single instant of time. Each time that I feel anger and resentment against those who seem to have it all, I look deep within to see the eyes of envy staring back at me from the abyss. Each morning is a time to recall all the graces I have received and in each evening to ask for God’s forgiveness and healing on the fractures I have left behind me through my day.

All of us are connected and our illusion of separateness and independence leads always towards anguish and hopelessness. This is why we pray to Our Father and not my Father; that the first ancestor of all humanity may wipe away our debts and our tears as we have written off the debts and the tears of others.