Where Did You Come From, And Where Are You Going? 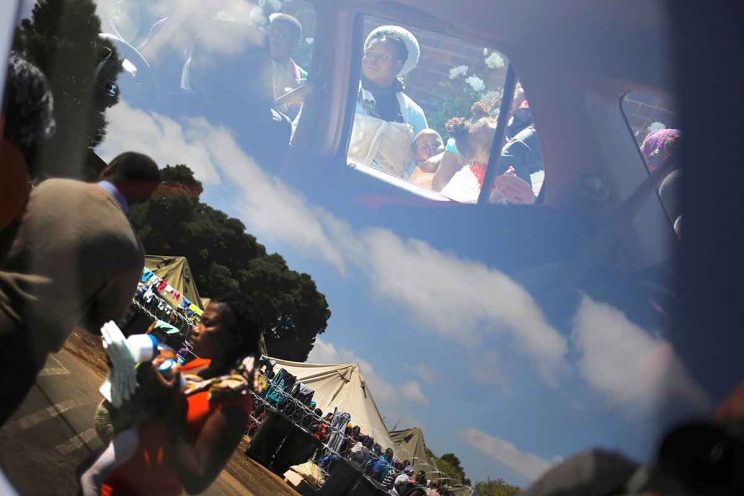 Migrants at a Red Cross refugee camp in Johannesburg. Pope Francis offers four words to instruct us on how to meet migrants: to welcome, protect, promote and integrate. (Photo: Kim Ludbrook, EPA/CNS)

‘Where on earth did you come from and where in heaven do you think you’re going?” This question is the core of a little booklet with the title “Our Catholic Heritage”, produced by MARFAM some 15 years ago.  These questions are still as relevant but the situations of families and of our countries and our world are changing continually.

Populations are shifting. Countries in Europe that were overwhelmingly “homegrown” are becoming more multicultural and multireligious.

Among the many reasons for this is the low local birthrate resulting in foreign workers being invited in. Another related reason is the large influx of refugees.

Not exactly being invited, these migrants very often do not feel welcomed, in part because of natural differences and traditions they bring with them, as well as a sense of threat felt by people in the host country.

The news does not paint a clear picture of the African situation in respect to migrants.

Uganda reportedly received half a million refugees last year, the largest number in the world. People flee from war and conflict in neighbouring countries and because of their numbers, they are naturally a burden on their hosts.

In South Africa we experience spates of what we have come to call xenophobia. Foreigners seeking a better life here can become or are seen to be a threat to locals.

Pope Francis speaks often of the world as our common home. In his message for the 2018 World Day of Migrants and Refugees, he lists four verbs as challenges for action: to welcome, to protect, to promote, and to integrate.

The themes of “Our Catholic Heritage”, “The World, Our Home” and Pope Francis’ four tasks can be worked through together for the good of all our citizens: those born here, those who have lived here for generations and those who have immigrated.

Yes, integration into a new country is important. However, a people’s identity also needs to be cherished for their sense of belonging, their psychological and social wellbeing.

What is a Home?

How do we describe identity and how can we recognise components making up a home?

There could be the way a home looks, structures and styles. A house is not a home without people so personalities and ways of acting and behaving of family members, appearances, foods and fads all contribute to a sense of identity.

Are these not still important in today’s globalised world? Maybe teenagers want to be clones of others, at least for a time, or maybe they want to rebel against the accepted mould, but a loss of a sense of identity is a loss nevertheless, and one that has consequences.

Of Pope Francis’ tasks, welcoming is our responsibility as citizens, and it can be the nicest part. It would include meeting one another as families of different kinds. Learning about our backgrounds and life experiences, the foods and fads can be enjoyable.

Sharing faith experiences can also be interesting as well as challenging. In parishes it’s easier to match up a local family and a foreign one who are both Catholic, but possibly with a different way of living our faith.

Interdenominational sharing from different Christian backgrounds or even interfaith sharing with those who are not Christian requires an open mind and heart.

Invited to a Fast-Breaking Meal

A few families I know responded to invitations from a Turkish community to share in a fast-breaking meal during the month of Ramadan. We Catholics felt warmly welcomed, but so far I am not aware of any reciprocation.

Protecting migrants is mostly out of our domain. Promoting and integrating are again for everyone but the more personal the better. It is hard to promote something we don’t know about. Integrating is also structural, involving school, church, health and welfare services too.

So where on earth do I come from and where in heaven do I hope to go?

My heritage as a first-generation immigrant Catholic is valuable to me, but sadly less so to my children and grandchildren.

On Grandparents Day I hauled out some beautiful photos of my Dutch ancestors but I can’t say there was a great deal of interest from the younger generations.

But I’m happy that at least there are some things — foods and sweets — that appeal to some of them. Zoute drop, that strange Dutch salty liquorice, is after all either an inherited or acquired taste, maybe with at least a touch of cultural predisposition about it.

Just imagine that being part of an evangelisation process!