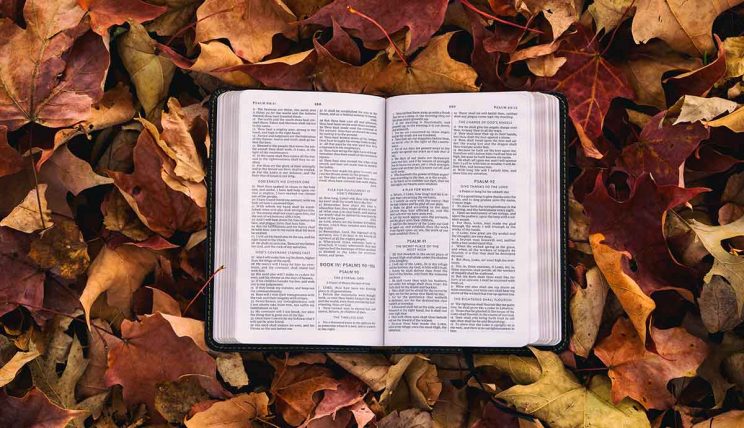 Let’s start with Abram, a pagan man living in Mesopotamia around 2000 years before Christ. Along with his family and people, he would have lived under the influence of the many gods who controlled the ups and downs of life and who even fought among themselves

Suddenly, the one and true God drew near to him and told him: “Go from your country and your kindred and your father’s house to the land that I will show you. And I will make of you a great nation” (Genesis 12:1).

This was an extraordinary thing for Abram. A new god takes a personal interest in him, his family and his descendants, and promises him abundant blessings. What a change from the ferocious deities of his homeland.

With faith in this God, Abram and his company trekked to the land of Canaan.

The story takes a fearful turn when God puts Abram to the unthinkable test of sacrificing his only son Isaac (Genesis 22). The poor man had such intense trust that God would keep his promise to father a great nation, that he went ahead with getting ready to sacrifice his only son.

When the angel stopped the attempted slaying, God was delighted. Abram’s commitment had been validated dramatically, and God repeated that he would keep his promises.

Our Father in Faith

All of this is important. Your question cannot be responded to without your grasping that the Old and New Testaments contain stories and texts that repeatedly reflect Abram’s utter faith in God’s existence and his confidence that God will care for him and his descendants. He is renamed Abraham, and we call him “our father in faith”.

Faith in the God of Abraham is what dominates every page of the books of the Bible. The broad sweep of the events and adventures of Abraham’s descendants, the deliverance from Egypt, the kings, prophets, poetry and other writings all foreshadow the birth of the ultimate deliverance of humanity in Jesus Christ its redeemer.

So, although the texts of the revealed word of God stop with the last words of Revelation, faith in Jesus Christ continues, nourished by the texts and also by the teachings of the Church.

The New Testament is now a lived experience among all who have faith in Jesus. Like Abraham, we believe that he is truly God, we trust that he will keep all his promises, and we commit ourselves fully to loving and serving him in this life in preparation for doing so forever in the next.

How Can God Be Tempted?

Real hope lies in the proclamation of Jesus' death and resurrection, not just with one's words but also in deeds,...