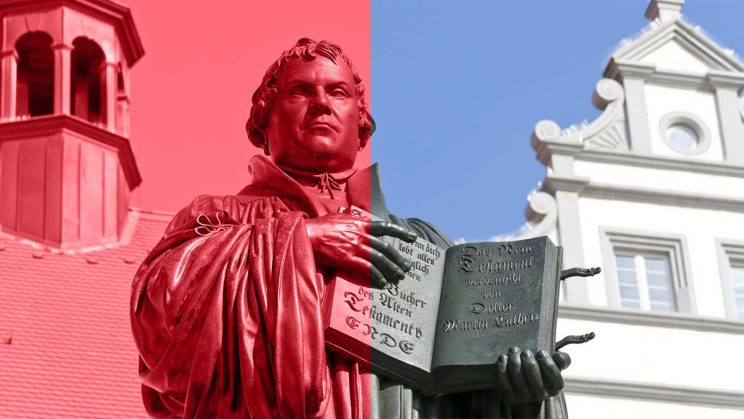 The Reformation deeply divided Christianity. We still live with the scars of that Church division today, but we need to place the events that led to the rise of Protestantism into their historical context.

Recently, when I visited my parents in Johannesburg, my mom showed me a pamphlet that someone had given her outside church one Sunday. It was a Rosary pamphlet calling on Catholics to pray for the world.

Mom drew my attention to the introduction and I was shocked. It condemned Pope Francis’ late 2016 visit to Sweden where he attended a Lutheran ceremony to commemorate the 500 years of the Protestant Reformation, in an effort to promote unity between Catholics and Lutherans.

Pope Francis’ visit to Sweden, the pamphlet claimed, was an affront to Catholics because the Lutherans chose the path of heresy by breaking away from the Church, and it was inappropriate for the pope to attend the commemoration.

His attendance, the pamphlet said, would confuse Catholics, somehow suggesting that the Catholic Church sympathises with the Lutheran decision to break away from it. 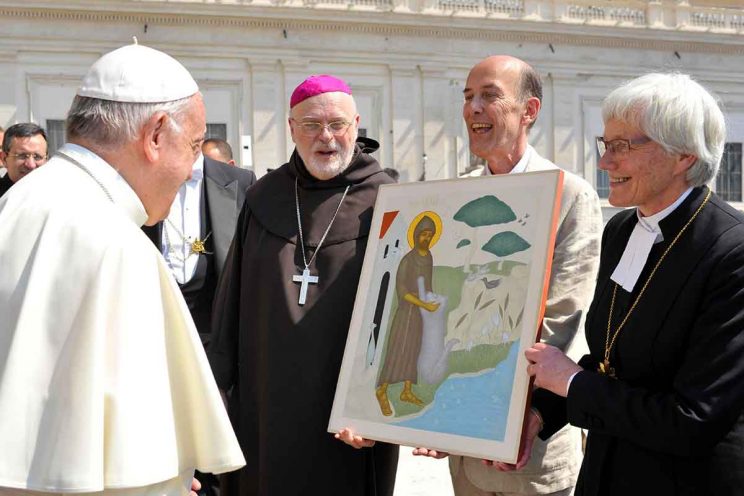 Cardinal-designate Anders Arborelius of Stockholm and Lutheran Archbishop Antje Jackelen of Uppsala, primate of the Church of Sweden, present Pope Francis with an icon of St. Francis of Assisi following the pope’s general audience at the Vatican. The artist, Lars Gerdmar, held the icon during the presentation of the gift, which was an expression of gratitude for Pope Francis’ visit to Sweden last October. (CNS photo/L’Osservatore Romano)

The Reformation deeply divided Christianity. We still live with the scars of that division today, but we need to place the events that led to the rise of Protestantism into their historical context.

The Church at the time regularly interfered in political decision-making and maintained practices that run counter to the teachings of Christ and the Church.

Martin Luther, a German professor of theology from the Augustinian order deeply steeped in Catholic teaching, saw these and many other things he felt needed to be corrected. His conscience, formed by prayer, studying, and fasting, urged him to speak out. He posted a list of 95 theses which called for reform on the doors of the church in Wittenberg on October 31, 1517.

It was revolutionary and the 16th century Church — unaccustomed to being challenged so directly — rejected both Luther and his concerns, and eventually excommunicated him in 1521.

The following Luther had gained gave birth to the Lutheran Church and Protestantism. Thus began several hundred years of often bloody conflict between Catholics and Protestants.

I have met Lutherans who still have a deep distrust of the Catholic Church and, likewise, have heard Catholics repeat outrageous falsehoods about Luther as if they were the truth.

We acknowledge these events with great sadness, because these differences set in motion many more fractures among the Christian people. It goes against one of the deepest desires of the Church, expressed in the Creed — a mission statement we share with our Lutheran and Anglican brethren — that we believe in one, holy, catholic (meaning universal) and apostolic Church. 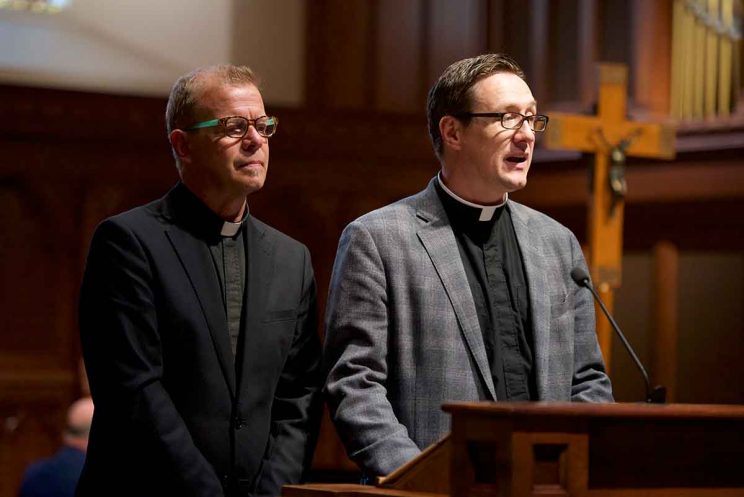 Human imperfection prevented dialogue between Luther and the Church in search of a solution to the problems of the time; a lack of maturity prevented the need for deep introspection by the Church. For our failings, we ask God for his infinite mercy.

But we also give thanks that the Church, in her wisdom, has also made some significant and important reforms, including some which Luther called for 500 years ago.

The Church Reformed Too

We have abolished practices that run counter to Christ’s message; we recognise that only God’s mercy brings forgiveness to a truly contrite heart and repentance cannot be bought. We enjoy the scriptures and the Mass in our own languages, giving us the opportunity to immerse ourselves in the rich texts and liturgies of our Church.

There are some elements of Martin Luther’s preamble that the Church will not adopt. We continue to exist in the authority and — in special circumstances — infallibility of the pope in matters of faith, and it is from him that we take our direction.

Similarly, we cannot reject the role that Catholic Tradition has played over the last 2000 years in bringing the Church to greater maturity and an ever-growing understanding of God’s message of love.

Martin Luther was not perfect. Neither are any of us, including the most revered of Catholic saints. But our desire for Christian unity should never wane. Our differences should not be a cause for animosity; these only perpetuate distrust, misconception and run counter to our common desire — and Christ’s — for one, united, universal Church. Instead, we are called to seek the path of unity.

That We May Be One

The Second Vatican Council called for greater efforts in reaching out to our Christian brothers and sisters of other denominations. Over the last few decades, the Pontifical Council for Promoting Christian Unity has undertaken many initiatives to promote dialogue and unity.

Pope John Paul II wrote an encyclical about the call to Christian unity in his 1995 encyclical Ut Unum Sint (That they may be one).

Pope Benedict XVI, calling for theological dialogue, encouraged “every initiative that might seem appropriate to promote contacts and understanding with representatives of the diverse churches and ecclesial communities”.

We can see Pope Francis doing the same by making himself and his prayers present in a moment of deep significance to our Lutheran brethren. He also travelled to Egypt to strengthen ties with the Coptic Orthodox Church, and met with the Russian Orthodox patriarch in Switzerland to promote a rapprochement between the two churches.

In all of these initiatives, we see our Holy Father living out what we recite each Sunday in the Creed. We should support him and pray for him. 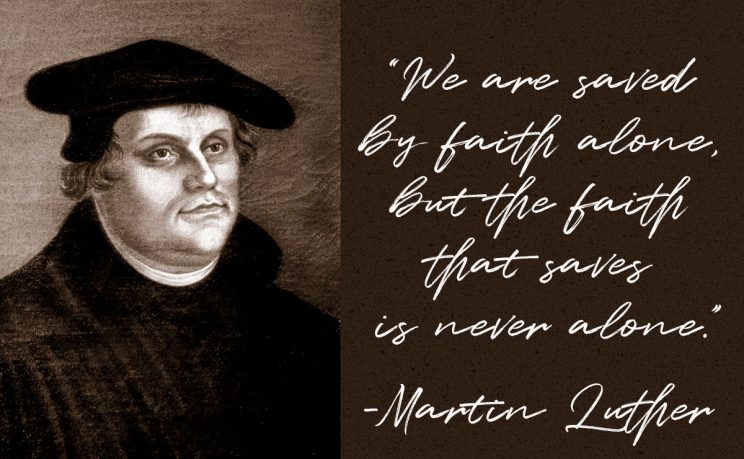 Be Wary of False Information

This is also why pamphlets like the one my mom received have no place in the Church. They only serve to confuse believers and harm the wonderful ecumenical work being done by the Vatican and many dioceses worldwide.

People who author those texts need to ask themselves whether they are acting in communion with the Church they claim to represent or whether they are merely pushing the agenda of a particular group.

Priests and the leadership team of the parish are also called to review the material available to parishioners to ensure that it upholds our Catholic teachings.

“Holy Father, keep them in your name that you have given me, SO THAT THEY MAY BE ONE JUST AS WE ARE. I pray not only for them, but also for those who will believe in me through their word, so that THEY MAY ALL BE ONE, as you, Father, are in me and I in you, that they also may be in us, that the world may believe that you sent me” (Jn 17:9-11, 20).