Theology of the Body Expert Brings Theory to Life 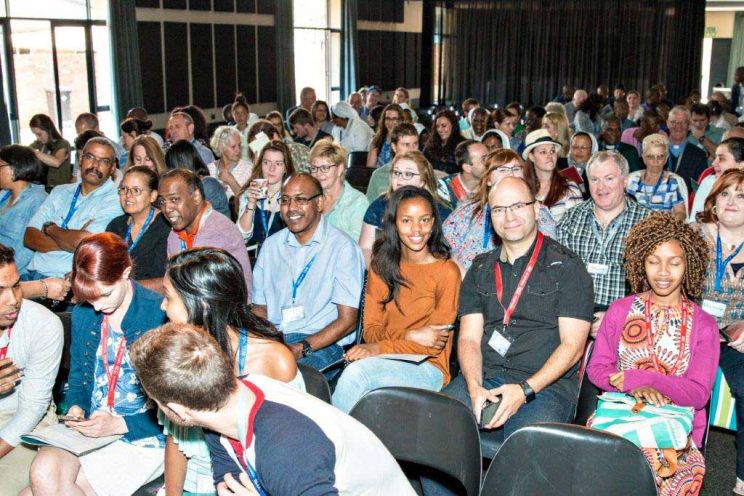 Some 1000 people in various venues in South Africa came to hear US speaker and author Christopher West, an expert on the Theology of the Body. Mr West used Jesus’ words from John 1:39 as a backdrop to Pope John Paul II’s message of not only looking at creation but seeing what he created.

What it Means to be Human

Addressing nature, sexuality, marriage, celibacy, and other subjects, Mr West encouraged audiences to delve deeper into what it means to be part of Creation, what it means to be human, asking how do we find happiness in this world, and the big question: What does it mean to love?

He asked his audiences whether we look at people as objects, or do we actually see them? Do we see Christ in the other as created in the image of God? How do we live out this call to love in and through our bodies as male and female? Where are we headed and how do we experience redemption of our brokenness and pain?

“Bringing in his unique, humorous method of teaching and talking, Christopher also shared his own life experiences which gave flesh to much of what Pope John Paul II’s Theology of the Body is addressing,” said Marie-Anne Te Brake of the Foundation for the Person and the Family.

“Infusing most of his talks with live music by accompanying musician Mike Mangioni provided stirring variation to the talks,” she said.

Mr West gave talks to clergy, seminarians and religious in Johannesburg, Pretoria and Cape Town, in which he shared John Paul II’s vision of how celibacy for the Kingdom, contrary to being a rejection of sexuality, is a redirection of eros towards the “marriage of the lamb”.

Bearing his own life story of confusion and sexual brokenness, the 90-minute talk to couples — many singles through divorce or death of spouse also attended — illustrated how marriage is not a vocation to be taken lightly.

Marriage a Foreshadowing of Christ and his Church

“Earthly marriage as a tiny glimmer of the foreshadowing of the marriage of Christ — the Groom — to his bride — the Church — gave many couples a deeper understanding of the sacramentality of marriage, and how Christ is made present through the union of the two,” Ms Te Brake said.

To facilitate follow-up sessions, programmes have been organised by Theology of the Body SA. See www.tobsa.co.za for more information.

How to be a Christian Government