Vincentians: Charity is at the Heart of the Church 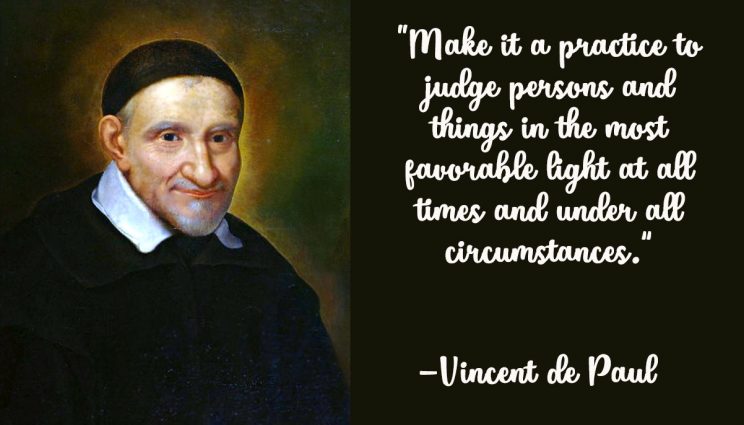 St Vincent de Paul’s zeal for helping the poor was the instrument God used to bring about a “burst of generosity in the church,” Pope Francis said.

The “small seed” of his humility, meekness and charity grew into a great tree that makes up the two congregations he founded – the Daughters of Charity and the Congregation of the Mission, the pope said in a letter sent to members of the “Vincentian family” celebrating the 400th anniversary of their founding.

“At the heart of the Vincentian family is searching out the most miserable and abandoned in a radical awareness that it is unworthy to deprive them of our humble service,” the pope said.

Along with St. Louise de Marillac, St. Vincent de Paul founded the Daughters of Charity in France in 1617. The congregation’s work with the poor in France paved the way for the founding of its male counterpart, the Congregation of the Mission.

Jesus Asked to Be Recognised in the Poor

Members of both orders, he said, must continue to find their footing upon the rock, which is the “poor Jesus who asks to be recognised in those who are poor and without a voice.”

“Thus, you are called to reach the peripheries of the human condition, to bring not your abilities but the spirit of the Lord, the father of the poor,” the pope said. “He sends you out into the world like a seed growing in dry land, like soothing balm for the wounded, like a fire of charity to warm so many hearts.”

All Christians, Pope Francis said, are called to follow the example set by St. Vincent de Paul and to give more time and space to the poor because “Christianity without contact with those who suffer becomes a disembodied Christianity incapable of touching the flesh of Christ.”

“Encounter the poor, favour the poor, give a voice to the poor so that their presence may not be silenced by the culture of the ephemeral,” the pope said. By Junno Arocho Esteves Catholic News Service