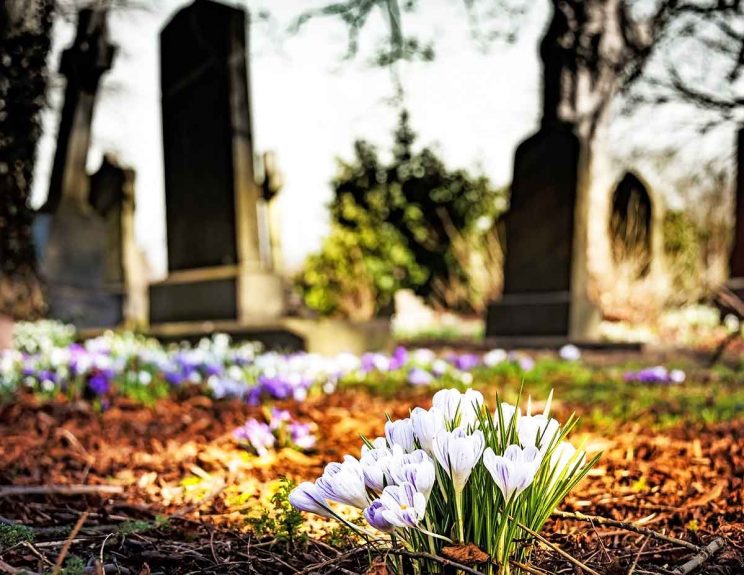 Catholic funeral liturgies are a beautiful expression of our beliefs as the faithful pass into the arms of God. Erin Carelse offers practical steps that can make the death of a loved one less overwhelming.

Saying goodbye to a loved one is never easy, and while it’s not pleasant to think about, a funeral should be a meaningful expression of love and remembrance that helps families honour the life and memory of a loved one.

Death often results in emotional and financial hardship. In many cases it is unplanned and unexpected. Those left behind are tasked with all the decision-making to ensure a dignified burial.

Pre-planning funeral arrangements and making financial plans for it will help ease the financial stress during a time of grief. A funeral plan won’t ease the pain of the loss of a loved one, but it can help to ease the path ahead and give peace of mind.

Amid the logistics of planning a funeral, Catholic families also need to plan the liturgical dimensions.

When death is imminent for a Catholic, it is customary for the family to call in a local priest to administer confession and final Communion or viaticum (food for the journey) to the dying person. Once death has occurred, the priest should be contacted and plans for the funeral can begin.

Some Catholics prepare for a funeral by having a vigil service, which is a liturgical evening prayer service—usually the first gathering held the evening before the funeral—and is intended to be dedicated to prayer for the deceased, or “paying respect” to the body of the deceased.

Much like a viewing or wake, family and friends gather in the home of the deceased to pay their respects to the deceased and his or her family. Elements include a combination of readings, a brief homily or reflection, prayers led by an appropriate layperson and singing hymns. Often the Rosary is prayed, sometimes over several days.

There are ceremonial differences between a funeral or memorial service and these differences relate directly to the presence/absence of the remains of the deceased person. Any prayers, such as words about the body or words anticipating burial and ritual gestures such as blessing with holy water, are omitted from the Memorial Mass. The intentions of the two ceremonies, however, are the same.

A traditional Catholic funeral Mass includes blessings directed at the body or remains, and begins with the procession from the funeral home to the church.

Once the body is received, the priest sprinkles the coffin (or urn) with holy water as a reminder of baptism, and the pall is placed on the coffin to symbolise the baptismal garment. The procession, with the ministers leading the casket to the sanctuary, begins with the opening prayer, followed by liturgies of the word and Eucharist, and final committal or concluding rites.

The music played at the funeral Mass should be appropriate hymns, and the family may have special hymns, psalms or readings included. Laypeople may also participate as ushers, pallbearers, and readers throughout the service.

A memorial Mass, on the other hand, has alternate readings, prayers and blessings.

The funeral procession, then, makes its way from the church to the final resting place of the deceased. The committal liturgy is invoked for the salvation of the deceased, and for the consolation of the family and friends. The burial place is blessed and followed with the intercessions, the Lord’s Prayer, and the blessing which concludes the Catholic funeral rite.

There are certain days on which funeral Masses may not be held: Holy Days of Obligation, Holy Thursday, Good Friday, Holy Saturday, Easter and the Sundays of the seasons of Advent, Lent and Easter.

Cremation is allowed in the Catholic Church, with more families taking that option to lessen funeral expenses. The ashes must be kept in a “sacred place” such as church grounds, or a memorial wall, and should not be kept in private houses or scattered on land or at sea.

For many, the topic of death and funerals isn’t one that is easily embraced, and enlisting the help of a funeral home eases this burden. These will help in making informed decisions regarding final arrangements and obviously take care of the logistics.

When choosing a funeral home, it’s important that it can meet all specific needs and accommodate particular wishes, and has experience in planning the desired type of funeral you’d like.

A few important things to consider:

Many homes offer assistance when seeking advice on funeral planning, from dealing with the necessary paperwork to enable burial or cremation, placing obituaries in newspapers, arranging for vehicles and staff for funeral and graveside services, and making arrangements for the transfer of the remains for funeral and burial services.

They can offer suggestions and advise in the planning process to make sure that the loved one will receive an appropriate and meaningful funeral.

Fr S’milo Mngadi, a priest in Vosloorus in Johannesburg diocese, said that in the black communities in which he grew up in and served as a priest, “funerals are community events, not just limited to the burial day. They run from the day of death right up to the unveiling of the tombstone normally a year later”.

Increasingly, he said, the tendency has been to stretch the budget to get the most expensive undertaker package—coffin, family cars, decor, graveside marquee and so on—and sumptuous lunches (followed by “after-tears” gigs, especially in townships, and a long programme of eulogies.

“The unfortunate tendency is to invest more on funeral policies than anything else,” Fr Mngadi said. “The motto is ‘to survive while alive but, by all means, have the grand send-off’.”

The Church generally gives full burial rites to practising Catholics, he said, adding that he buries “anyone at the request of the family” to avoid any semblance of proselytising.

With many traditions, rites, personal preferences, and cultural differences, one thing rings true across all societies: a funeral should be about paying respect, celebrating the life a loved one lived.

It may mark the end of someone’s life, but it also honours a life that was lived, a life that deserves recognition because as long as there is a memory, they will live on in our hearts forever.

Even at the Moment of Death: Faith! Hope!
Share

What is Dia de los Muertos?

Dia de los Muertos begins at midnight Oct. 31, when it is said that the gates of heaven open and...