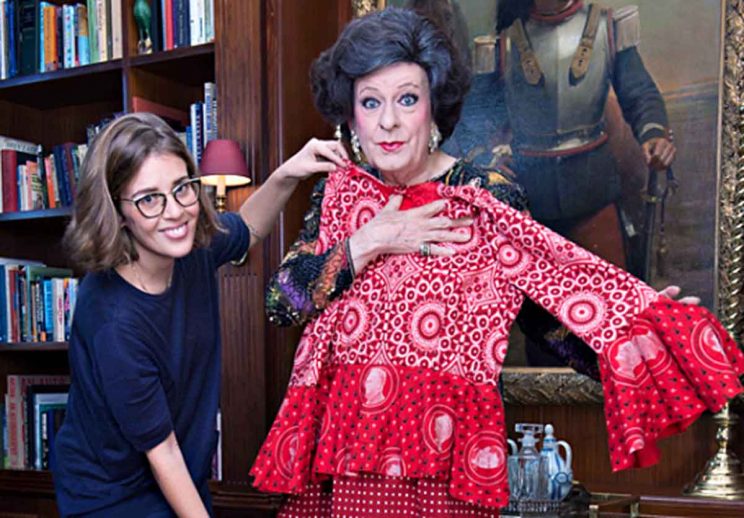 Legendary comedy character Evita Bezuidenhout has taken to wearing an image of the late Archbishop Denis Hurley of Durban.

The alter ego of veteran comedian Pieter-Dirk Uys, Evita Bezuidenhout visited the Denis Hurley Centre in Durban and tried on a dress designed for her by the centre’s fashion consultant Julia Buttery, which contains the Hurley shweshwe. This might be a first for a Catholic archbishop.

After visiting the Denis Hurley Centre earlier in the year, Mr Uys wanted to show his support for the centre’s work and has made a limited number of tickets available at a very special price for DHC supporters for the two first nights of Evita’s official visit to Durban. 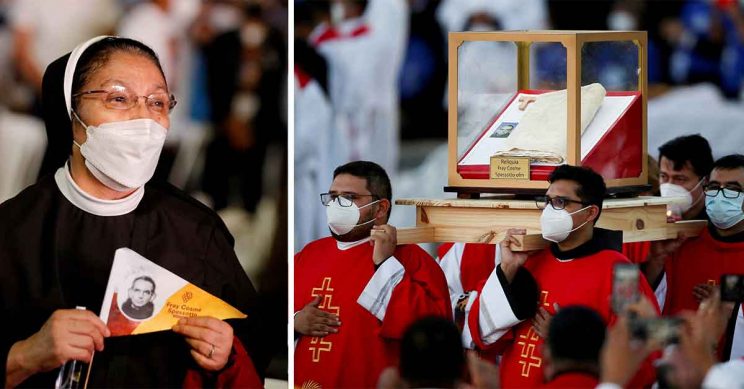 Evita is performing in Durban from October 31 to November 17 at the Sneddon Theatre at UKZN-Howard.