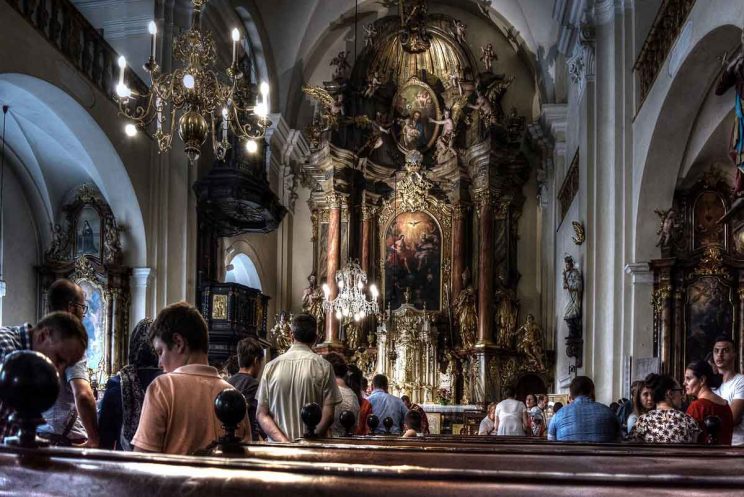 Bishops from the metropolitan region of Durban at their second annual meeting have resolved to uphold a 1981 resolution by the SACBC that no party political speeches are to be permitted at Church events.

That policy was formulated 26 years ago after Inkatha leader Mangosuthu Buthelezi used the ordination of the late Bishop Paul Mngoma to give a very long and “unashamedly political” speech, Cardinal Wilfrid Napier said.

“So I was shocked and disappointed to hear that Mariannhill diocese had on a number of occasions allowed Church events to be hijacked for party political speeches, even campaign speeches,” the cardinal told The Southern Cross.

African National Congress presidential candidate Nkosazana Dlamini-Zuma has addressed at least two Church events in Mariannhill diocese: in May with President Jacob Zuma, at which he publicly endorsed her as his successor; and again in July, when she addressed the congregation, stating it was time for a female to run the country.

Politicians Should Address Congregations Off the Premises

Cardinal Napier said that at least on one occasion, in Kevelaer, it was the person introducing Dr Dlamini-Zuma, who was invited to speak on women’s issues, who “turned it into a political rally”.

Deputy-president Cyril Rama-phosa also addressed a congregation at a Catholic church in Kimberley diocese in September, where he was joined by ANC and government officials and supporters.

“If politicians wish to address a congregation after a service, they should do so off the premises,” SACBC spokesman Archbishop Slattery said. “This applies to all political parties and individuals.”

However, “sometimes there is a breach in protocol because a parish may find itself with a politician in a congregation who uses the opportunity to seek a blessing”, he said.

“Without knowledge of the priest, this blessing is pre-arranged with media so that photographs are taken of the incident,” he explained.

“The priests might have blessed 40 other people in that same service but it is the one photograph of the politician that will find publicity. Sometimes it is impossible to avoid such situations,” he said.

Catholics are Free to Vote their Conscience

People will often get angry when a politician of a party or group they do not support is featured, the archbishop observed, but it’s wise not to become too excited when such incidents happen.

Catholic citizens should have their own political allegiances and be free to vote as they want, he said.

Archbishop Slattery advised that parish council members seek to protect Church officials, especially prominent ones, from being caught in the background of political photographs.

“It is quite precarious to allow politicians to make any statements during notice-time [at Mass]. They already dominate the media day and night,” he said.

“The challenge of politicians is to bring the Gospel into political life.”