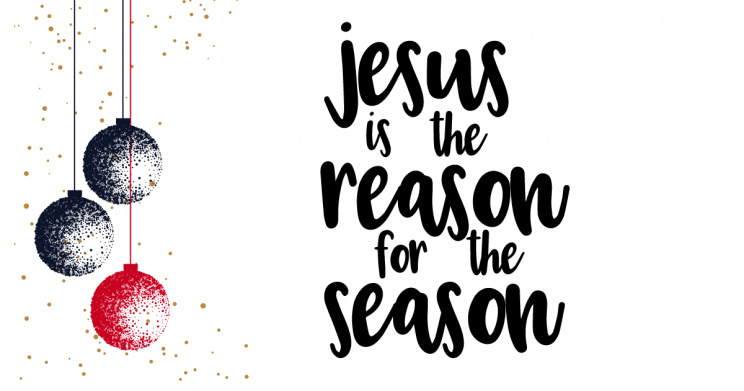 Among Christians there is a potent call to “Put Christ Back Into Christmas”, drawing from a slogan that is already several decades old. The obvious implication of it is that, to cite the time-honoured phrase, “Christ is the reason for the season”, and therefore should not be excluded.

One may argue that, historically, there never was a time when the celebration of Christmas was specifically Christ-centred. But the sentiment is commendable; it is indeed important to sound the reminder that Christmas — the feast of the Nativity of the Lord — is about the Incarnation, not about Santa Claus and accumulation of possessions.

The cause to place Christ at the centre of Christmas even includes semantics.

Lately there has been a vocal resistance by Christians to the rather innocuous greeting “Happy Holidays”, with a suggestion that its use should be subject to protest because it is intended to secularise Christmas.

Of course, in the United States, the greeting “Happy Holidays” has stood alongside the more faith-centred “Merry Christmas” for a long time. There is no justification to ever use the ghastly phrase “Compliments of the Season” or its slightly less disagreeable cousin, “Season’s Greetings

For the popular singer Andy Williams, “Happy Holidays” was a hit in the early 1960s. Twenty years earlier, the crooner Bing Crosby — a devout Catholic — had a song titled “Happy Holiday” in his seasonal repertoire, alongside the nostalgic “White Christmas” (which oxymoronically blares out in South African malls even in the summer of 2017).

Between Christians, there is no good reason why “Happy Holidays” should be used as a seasonal greeting instead of “Merry Christmas” (and there is no justification to ever use the ghastly phrase “Compliments of the Season” or its slightly less disagreeable cousin, “Season’s Greetings”).

There are times, however, when saying “Happy Holidays” is perfectly acceptable, for example when the person issuing the greeting or the recipient are not Christians. This applies also to retailers who serve non-Christians.

But we must be wary of interpreting the use of seasonal greetings as evidence of the supposed “War on Christmas”.

But Christians must be alert: if a retailer makes it a point of greeting members of other faiths on their specific religious feasts, then Christians should expect to receive well-wishes with specific reference to what they are celebrating: namely Christmas, not “holidays”. When this is not the case, Christians are entitled to state their objection.

But we must be wary of interpreting the use of seasonal greetings as evidence of the supposed “War on Christmas”.

There doubtless is a secular campaign to marginalise religion, and especially Christianity, to the peripheries of society and eliminate faith from the public discourse. This must be resisted, with due civility.

But no good is served by defending the faith from being sidelined with resort to lies. And these lies are spreading easily through social media.

To be sure: No English council has replaced Christmas with “winterval”; former US President Barack Obama did not replace Christmas trees with “holiday trees”; no hospital has banned Christmas CDs for mentioning Jesus; “Merry Christmas” and carols have not been banned in US schools (indeed, the US Supreme Court has ruled that they can’t be); Muslims do not object to Christmas, and Santa Claus has not been racially reclassified. The real war on Christmas is found in the hypocrisy of people who piously sing carols about there being no rooms at the inn while shouting about keeping migrants out

If there is a war on Christmas, then it resides not in greetings and venues for decorated trees but in the rampant commercialism that forms part of the season, and the general indifference amid the spending mania to people who are suffering in poverty.

The real war on Christmas is found in the hypocrisy of people who piously sing carols about there being no rooms at the inn while shouting about keeping migrants out; people who sing about silent and holy nights while helping—by action or inaction — to fan the flames of war elsewhere.

For Catholics, the season of Advent is a good time to introspect whether we honour the Incarnation by living the Gospel message well. The Gospel instructs us to be peacemakers, not sowers of discord.

So when somebody wishes us “Happy Holidays”, we should graciously accept their well-wishes and simply reciprocate by saying “Merry Christmas”.

And to those who claim that there is a “War on Christmas”, we might extend the first of all Christmas greetings: “Peace on earth, goodwill to all men” — and then aim to live by that salutation.