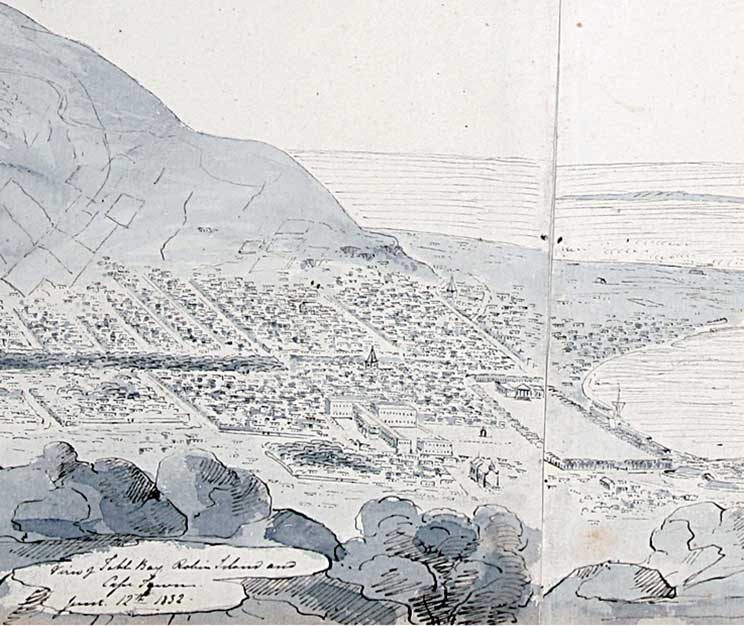 Cape Town in 1832, seen from Devil’s Peak. The Catholic chapel is the first building right at the foot of Devil’s Peak. (Image: Brenthurst Library)

The first parish in South Africa had outbreaks of hostility between priests and some laity in the 1820s and ‘30s, as MARTIN KEENAN explains.

It is a common error in past writings about the early history of the Catholic Church in the Cape to claim that the whole period from 1820-37 was marred by disputes. Of course, there were disputes. Conflict erupted between churchwardens and clergy in 1821 and again in mid-1827 — but only in 1832 did strife split the congregation.

The disaffected members then seceded and the affairs of the chapel in Harrington Street — South Africa’s first church built to provide pastoral care to local Catholics — were harmoniously conducted at meetings of what was a model finance committee, as can be seen from their minutes in the Cape Town archdiocesan archives.

Land Bought for a Church

Since Sunday, February 13, 1820 a store — courtesy of Philip Albertus, a Catholic — had been adapted as a chapel where Mass was said every Sunday and holy day at 11am. It was on the Buitenkant, opposite the Main Barracks.

Dissatisfied with makeshift arrangements, Cape Town’s Catholic priest, Fr Patrick Scully, asked the Burgher Senate in April 1821 for land on which to build.

The church-wardens insisted on being involved, and so the plot agreed upon was transferred into Fr Scully’s name with the wardens’ concurrence.

Thereafter the wardens contributed nothing to the project, and they are not on the subscription lists published in the Cape Gazette in September 1821.

Fr Scully pressed on alone, and in November 1821 it was announced in the Cape Gazette that plans could be viewed at the home of Antonio Chiappini.

Work started on October 28, 1822, and by March 1824 the Chapel and presbytery, although incomplete, was brought into use.

The church-wardens’ enthusiasm in office had been chilled by the dour response which Bishop Bede Slater—the Mauritius-based vicar-apostolic of the Cape — had given to their complaints made in May 1821 about Fr Scully.

The wardens claimed Mass was said only on Sundays; that Fr Scully’s sermons were infrequent and inaudible; that if he made a house visit, he never followed it up; that no school had been built; that he did not properly record baptisms; and that he was baptising slaves — allegedly in breach of the law.

Bishop Slater rebuked them for interfering in the spiritualities, but some complaints deserved better than they had received: failure to record baptisms is a serious fault.

The bishop’s charge of meddling was well-founded, though. As early as 1821 the wardens had decided that the best way to address inadequate financial support from the congregation was to charge fees for the sacraments.

This was blocked by Fr Scully: the sacristan was relieved of his administrative duties when he and the wardens tried to prevent baptisms without their permission.

Fr Scully was the better able to do this because he had achieved financial independence from the wardens, first by the state salary granted in 1821, and then, after it was withdrawn, by his taking outside employment with the astronomer royal in the Cape.

Scope for the exercise of his pastoral duties was necessarily curtailed, but if anyone objected, we hear nothing of it.

A persistent problem was that the congregation was not contributing to the building fund, so in 1823 Scully took out long-term and short-term loans secured by a bond on the chapel. Four laymen (only two were wardens) stood surety. 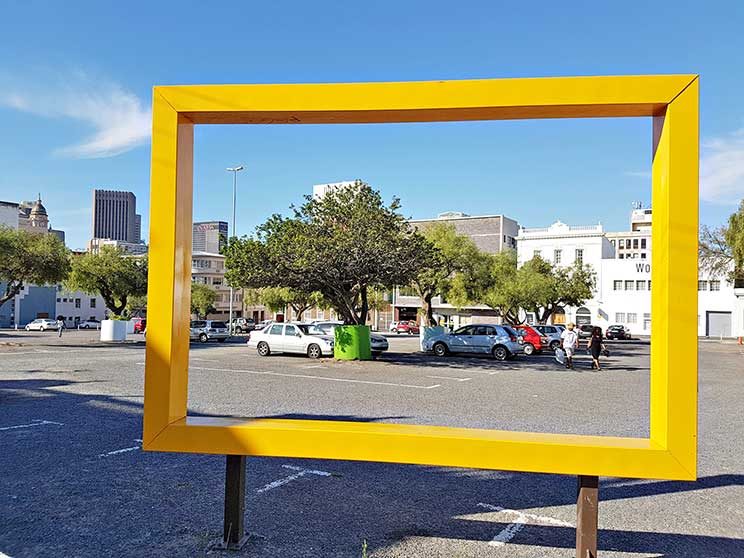 The place where South Africa’s first parish chapel stood in between Cape Town’s Harrington and Canterbury Streets is now a car park.

By July 1824 when he prematurely left the Colony, Scully had paid no interest on either loan.

The short-term loan was then called in. This necessitated a refinancing of the debt by the wardens who took out a new loan, again secured by a bond on the chapel. They, with businessman Antonio Chiappini, guaranteed the repayment of the new consolidated loan.

Fr Theodorus Wagener, the Dutch priest who succeeded Fr Scully, had arrived two weeks before the refinancing, in which he was not involved. In May 1827,  Benedictine Father Thomas Rishton joined him.

The original “Plan” envisaged two main sources of income: a fund subscribed by “all Catholics residing in Cape Town or its vicinity being in conscience desirous of exercising their Religion”, and stole fees.

The planned-giving fund was never adequate. Because the Cape government fixed a tariff of fees for the Reformed and Anglican Churches, the wardens wanted to charge the faithful for the sacraments. We have seen how Fr Scully dealt with it.

The issue had receded in importance after Fr Scully’s intervention, but it re-surfaced after Fr Rishton’s arrival when the wardens demanded to be informed of impending baptisms so they could levy stole fees. The priests adamantly opposed them.

Baulked, the wardens abandoned office, and from August 1827 until May 1832 Frs Rishton and Wagener managed the chapel finances. An accounting of sorts was given when a brief statement of receipts and expenditure was posted on the chapel door in May 1832.

It showed that the loan had not been serviced since March 1830. Indeed, Fr Wagener had repudiated it, claiming it was not binding on him because Scully, in whose name the chapel was still registered, had not executed the bond under the 1826 refinancing.

Having resigned his post, Fr Wagener then returned to Europe leaving Fr Rishton as lone chaplain to the Catholic congregation, which was now in ferment over the state of the finances.

Fr Rishton’s response was to get the congregation to approve new statutes for church-wardens. At a parish meeting on Trinity Sunday 1832 four were elected, including Chiappini who refused office and instead resorted to various unsuccessful strategies to try take control of the Chapel and its finances.

The final strategy was litigation, including a summons to evict Fr Rishton from the presbytery.

All the court applications failed because the parsonage was not covered by the bond (having been built outside the plot granted by the Burgher Senate), and the bond taken out under the 1826 financing was unenforceable because the chapel was still registered in Scully’s name.

Gradually the 1832 wardens brought the servicing of the loan finance under control, but then a new crisis erupted.

Johan Böhmer, one of the 1820 wardens, had claimed he was owed a large sum of money arising from his expenditure on the chapel between Fr Scully’s departure and Fr Wagener’s arrival.

The court upheld the claim — pursued after Böhmer’s death — and in February 1837 it handed over control of the chapel to Chiappini and another wealthy surety, who asked the congregation to elect a new set of wardens.

Their immediate concern was the repair of the chapel, for which they obtained a promise of government aid — the first such application ever made by Catholics at the Cape.

In their determination to press ahead, they removed the roof in May, but before new timbers could be installed torrential rains collapsed the walls.

It was these wardens who, on his arrival in April 1838, greeted Bishop Raymond Griffith, the first resident bishop in South Africa. He would have nothing to do with them. This repudiation of formal lay involvement persisted in South Africa until the revival of parish and diocesan pastoral and finance councils in the 20th century.

Bishop: Engage With Issues Rather Than Just Bash Zuma
Share