Pope to Diplomats: This is What World Peace Takes 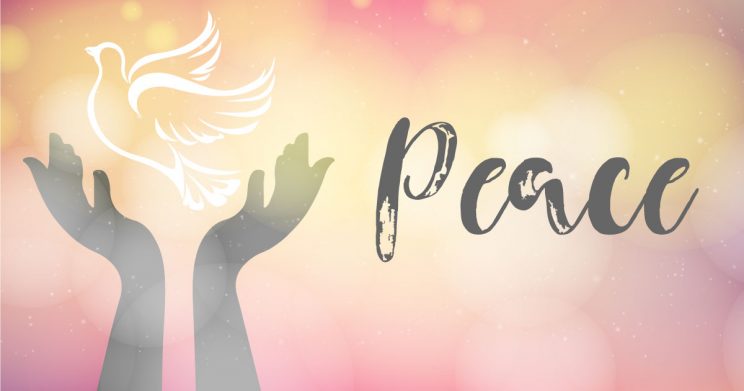 Because everyone has a right to life, liberty and personal security, nations must find nonviolent solutions to conflict and difficulties, Pope Francis said.

A culture of peace “calls for unremitting efforts in favour of disarmament and the reduction of recourse to the use of armed force in the handling of international affairs,” he said Jan. 8 in his annual address to diplomats accredited to the Vatican.

Given the urgent need to favour dialogue and diplomacy in conflict resolution and to end the stockpiling of weapons, “I would therefore like to encourage a serene and wide-ranging debate on the subject, one that avoids polarising the international community on such a sensitive issue,” the pope said.

At the start of a new year, the pope dedicated his speech to the Universal Declaration of Human Rights, which will celebrate the 70th anniversary of its adoption by the U.N. General Assembly in December.

The declaration was an attempt to help the world’s nations base their relations on “truth, justice, willing cooperation and freedom” by upholding the fundamental rights of all human beings, he said. The very foundation of freedom, justice and world peace, he said, quoting the document, is built on recognising and respecting these rights.

When Rights Conflict With Each Other

However, in his nearly 50-minute speech to the diplomats, the pope cautioned that there has been a movement to create “new rights” that often not only conflict with each other, but can be at odds with the traditional values and cultures of many countries, while neglecting the real needs they have to face.

“Somewhat paradoxically, there is a risk that, in the very name of human rights, we will see the rise of modern forms of ideological colonisation by the stronger and the wealthier, to the detriment of the poorer and the most vulnerable,” he said.

Seven decades after the creation of the universal declaration, Pope Francis said, “it is painful to see how many fundamental rights continue to be violated today. First among all of these is the right of every human person to life, liberty and personal security.”

War, violence and abortion all infringe on these rights, he said.

Not only are innocent unborn children discarded because they are “ill or malformed, or as a result of the selfishness of adults,” the elderly are often cast aside especially when they are infirm, he said.

Ultimately, the right to life entails working for peace, he said, because “without peace, integral human development becomes unattainable.”

Integral development, in fact, is intertwined with the need for disarmament, he said. “The proliferation of weapons clearly aggravates situations of conflict and entails enormous human and material costs that undermine development and the search for lasting peace.”

The adoption of the Treaty on the Prohibition of Nuclear Weapons last year shows how the desire for peace continues to be alive in the world, he said.

“The stockpiles of armaments which have been built up in various countries must be reduced” and “nuclear weapons must be banned,” particularly given the risk that a nuclear conflagration could be started by accident, Pope Francis said, quoting St. John XXIII’s encyclical on peace, “Pacem in Terris.”

“In this regard, it is of paramount importance to support every effort at dialogue on the Korean peninsula, in order to find new ways of overcoming the current disputes, increasing mutual trust and ensuring a peaceful future for the Korean people and the entire world,” Pope Francis said.

Fostering dialogue is also of primary importance for Israelis and Palestinians “in the wake of the tensions of recent weeks,” he said, apparently referring to demonstrations that took place after U.S. President Donald Trump announced he was recognising Jerusalem as the capital of Israel. Pope Francis had said such a move would further destabilise the Middle East.

In his speech to diplomats, the pope repeated the Vatican’s longstanding position that any policy change in the Holy Land must “be carefully weighed so as to avoid exacerbating hostilities” and should respect the “the status quo of Jerusalem, a city sacred to Christians, Jews and Muslims.”

“Seventy years of confrontation make more urgent than ever the need for a political solution that allows the presence in the region of two independent states within internationally recognised borders,” the pope said. “Despite the difficulties, a willingness to engage in dialogue and to resume negotiations remains the clearest way to achieving at last a peaceful coexistence between the two peoples.”

In a list of world conflicts of concern, the pope also pointed to the need to support “the various peace initiatives aimed at helping Syria.”

“The time for rebuilding has now come,” he said, which includes, not just rebuilding destroyed cities, but rebuilding hearts and “the fabric of mutual trust, which is the essential prerequisite for the flourishing of any society.”

“There is a need, then, to promote the legal, political and security conditions” for each citizen and to protect all religious minorities, including Christians, he said.

“The right to freedom of thought, conscience and of religion, including the freedom to change religion,” must be upheld around the globe, the pope said.

Instead, “it is well-known that the right to religious freedom is often disregarded, and not infrequently religion becomes either an occasion for the ideological justification of new forms of extremism or a pretext for the social marginalisation of believers, if not their downright persecution,” he said.

Turning from events unfolding on the world stage, the pope drew attention to the daily reality of families, urging countries to support the bedrock of all stable, creative societies: “that faithful and indissoluble communion of love that joins man and woman” in marriage.

“I consider it urgent, then, that genuine policies be adopted to support the family, on which the future and the development of states depend,” he said, adding that “without this, it is not possible to create societies capable of meeting the challenges of the future.”

Neglecting families has led to sharply declining birth rates in some countries, which is a sign of a nation that is struggling to face the challenges of the present and fearful of the future.

The pope also warned against talking about migrants and migration “only for the sake of stirring up primal fears.” The movements of peoples have always existed and the freedom of movement — to leave one’s homeland and to return — is a fundamental human right, he said.

“There is a need, then, to abandon the familiar rhetoric and start from the essential consideration that we are dealing, above all, with persons,” he said.

Another urgent task before humanity, the pope said, is caring for the earth.

“One must not downplay the importance of our own responsibility in interaction with nature. Climate changes, with the global rise in temperatures and their devastating effects, are also a consequence of human activity,” he said.

Therefore, people must work together, he said, including by upholding commitments agreed upon in the 2015 Paris Accord, and leave “to coming generations a more beautiful and livable world,” he said. By Carol Glatz Catholic News Service