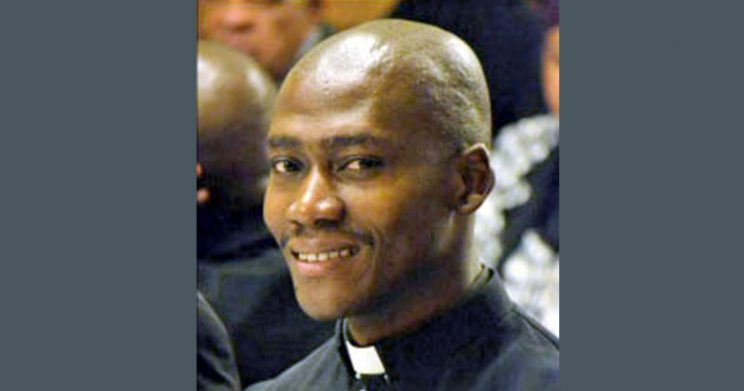 Young Fr Lerato Aaron Mokoena of Bethlehem, who has died in a tragic accident.

A priest known for his work with the youth of Bethlehem diocese died after a collision with a bus. Fr Lerato Aaron Mokoena of Bethlehem, who had been a priest for just a year-and-half, died on January 15.

He was born and raised in Phuthaditjhaba, QwaQwa, and attended school there. He completed his theological studies at St John Vianney Major Seminary and was ordained to the diaconate on December 21, 2015, at Holy Ghost cathedral in Bethlehem by Bishop Jan de Groef.

He was ordained to the priesthood on July 15, 2016, and was appointed with Fr Mokhesi Mokhesi at St Martin de Porres parish in Phuthaditjhaba where they worked very well together.

Bishop de Groef spoke fondly of Fr Mokoena. “He was very gifted when it came to music and also worked very well with youth in the diocese of Bethlehem,” the bishop told The Southern Cross.

“There is already such a small body of priests — we have so few in number — and then to have such a young priest who was gifted by God with a special charisma and energy pass away is a great loss.”

A memorial Mass took place on January 19 at St Martin de Porres in Phuthaditjhaba, and the Requiem Mass on January 22 at John Paul II Centre in Bethlehem.