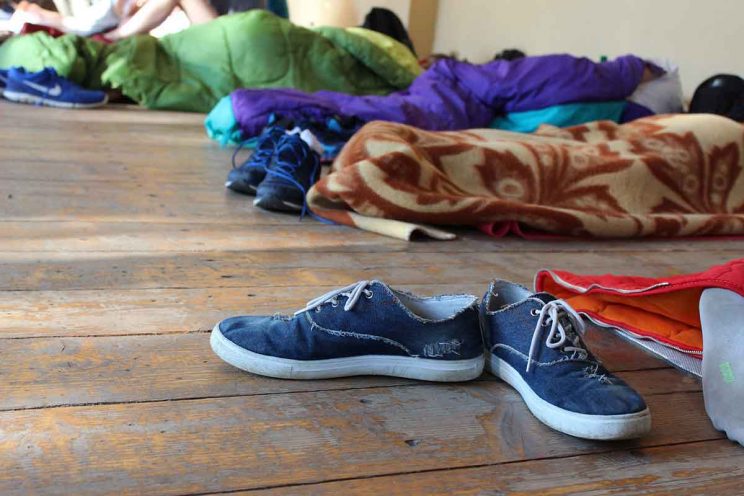 A confirmation group in Durban held an overnight retreat at the Denis Hurley Centre (DHC) to be inspired by the late archbishop after whom the centre is named.

The confirmation group from St Joseph’s parish in Morningside spent a night in the centre, which since its opening in 2015 has served the needs of the poorest people in the city, as well as migrants and refugees.

The DHC offers a feeding scheme, access to clinical care, and educational and community support, among other services.
The purpose of the retreat was to inspire 19 confirmands with a sense of the late Archbishop Denis Hurley, who died 15 years ago this month, said Fr Brett Williams of Morningside.

“The DHC perfectly reflects the character and personality of Archbishop Hurley,” said Rose Morrow, who helped Fr Williams organise the retreat. “He was kind, inclusive, merciful and compassionate — and at the very heart of that amazing place is grace, integrity and justice.
“Indeed, the outpouring of love from his very heart falls unabated upon that beautiful place.”

Mass in the Soup Kitchen

The group arrived at the centre in the evening with nothing but their sleeping bags. Assisted by Fr MneniHadebe, Fr Williams celebrated an agape-style Mass with them in the Nkosinathi area of the building, where the soup kitchen for disadvantaged and homeless people operates.

Afterwards, the group participated in various activities, from making pizzas and sharing them in the style of the Last Supper, a reflection exercise using clay, and the sacrament of reconciliation.

They were also given an opportunity to tour the DHC, learning about the archbishop who had inspired the centre’s creation.

Before settling in to sleep, the group heard graphic first-hand accounts of living on the streets by Bongani and Yonela, two individuals who have experienced homelessness.

The confirmands spent a restless night sleeping on the hard floor of the centre. Early the next morning, they prepared breakfast and lunchtime meals for over 200 homeless guests.

Confirmation Groups Should Experience This!

Although they were initially apprehensive about the retreat, the feedback from the confirmands was “enormously positive”, Ms Morrow said.
“Every one of them said they felt this was a very worthwhile experience from which they learnt a great deal, and that every confirmation group should experience it.”

One of the confirmands commented: “I realise that for me, it was only one night — but for people on the street, there is no end to the struggle for the most basic things like food, a shower and a place to brush their teeth. The experience really brought home to me how lucky I am.”