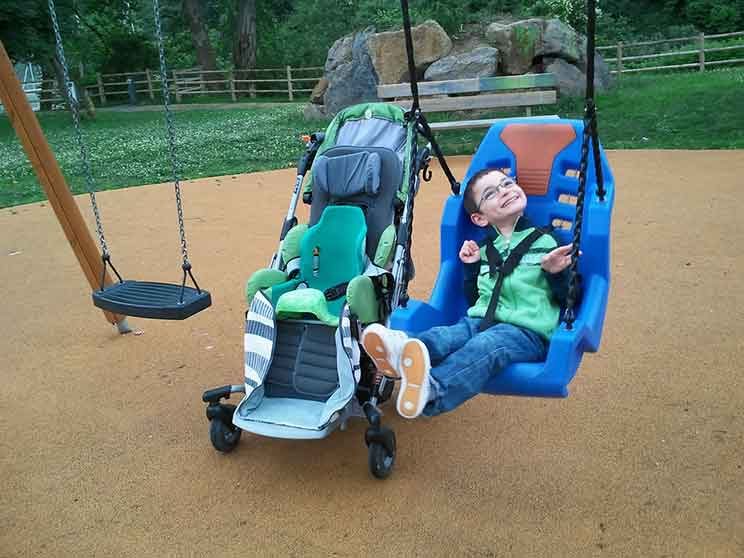 There are not enough places in schools for special needs children, but some could be accommodated in mainstream schools, as NEREESHA PATEL reports.

The human person is not only sacred but also social, according to Catholic social teaching: “The way we organise society directly affects human dignity and the capacity of individuals to develop.”

However, there are reportedly only 464 special schools in South Africa and another 715 “full-service” schools that make some sort of provision for children with physical or mental disabilities, impairments such as hearing loss, and/or special-learning needs.

This is alarming, as the Department of Basic Education’s Portfolio Committee stated there were 11461 disabled learners on the waiting list for special schools last year, with the number set to increase.

Evona Rebelo, of the Cape Town Catholic Schools Office, said all public schools in South Africa, as well as independent schools, have child-safeguarding policies and pastoral care policies in place aimed at supporting the most vulnerable.

This includes children from impoverished backgrounds, who often have severe learning problems as the result of exposure to alcohol, drugs and violence.

Thus, there is a designated focus on being inclusive of children with disabilities, impairments or special learning needs in mainstream schools.

“The reality is that we have only 350 Catholic schools in South Africa, and very few of them are special schools or schools of skills,” said Ms Rebelo.

“This is an indictment as the Church should be serving the most vulnerable. This is a concern of the national and provincial Catholic Boards of Education, and we need brave pioneers to take up this cause.”

The problem is resources. “Schools serving the most vulnerable require huge resourcing. Unfortunately, few dioceses or parishes have the means,” Ms Rebelo explained.

Of the 42 schools within the Cape Town archdiocese, there are a few special schools. They include the Dominican Grimley School in Hout Bay, the Dominican School for Deaf Children in Wittebome, St Joseph’s Montana—which works largely with severely intellectually disabled children—and the Salesian School of Skills, which caters for children who fall out of the mainstream system.

No child turned away

Clara Paulse, the principal of St Joseph’s, said that although all schools have the option to be declared no-fees schools to help ease the burden of parents who may struggle to pay school fees, it will not allay the issue of accommodation.

“No child has been turned away from St Joseph’s due to parents’ inability to pay school fees,” noted Ms Paulse. Pupils who are under medical care or in foster care are exempt from paying school fees.

“But the problem of accommodation in general goes much deeper. Substance abuse and foetal alcohol syndrome are two major problems we face,” she said.

“They cripple our families and ultimately our societies. These are the issues that should be looked at in our quest to address our accommodation problems.”

Nevertheless, Ms Paulse said that the Church, through religious orders of nuns, is “doing exceptionally well in ensuring that learners with disabilities are included and provided  for within the education sector in a meaningful way”.

But, with the serious shortage of special schools, the next available option is mainstream schools.

Benedikte Nott, principal of Catholic girls’ school Brescia House in Bryanston, Johannesburg, said that by “creating a Christian atmosphere, in which principles of truth, love, justice, reverence and tolerance become the criteria in life’s decisions”, it is possible to include special-needs children in a mainstream school.

Although Brescia has no formalised special-needs programme, it did have a learner with Down’s syndrome come through the school from Grade R. A full-time facilitator managed her daily academic programme with teachers. “The pupil was also not able to meet the full co-curricular requirements but was accommodated.”

With sound academic support, differentiation in class lessons, and implementing the school’s ethos, the school proved that it’s possible to assist such learners to reach their full potential.

“There is no doubt that special needs learners bring a richness to social diversity and add opportunities for the development of awareness in able-bodied children,” said Ms Nott.

“The level of disability, on individual assessment, will dictate to what extent the pupil can be accommodated in a ‘mainstream’ school,” she noted.

But again, it boils down to resources, available space, and staff who are specially trained to assist these learners.

Often little or no provision is made for children with disabilities in mainstream schools, particularly in poor and rural areas. These children end up staying at home, denied an education.

“There is a great need for the Department of National Education and the provincial departments to build more special schools, although their policy presently is for mainstream schools to accommodate special needs pupils,” Ms Nott explained.

“This is difficult for most mainstream schools, as there is no extra funding for these pupils.”

South Africa has a crisis on its hands in including special-needs children at its schools.

But by implementing the principles of Catholic social teaching, there is potential to include all these children.