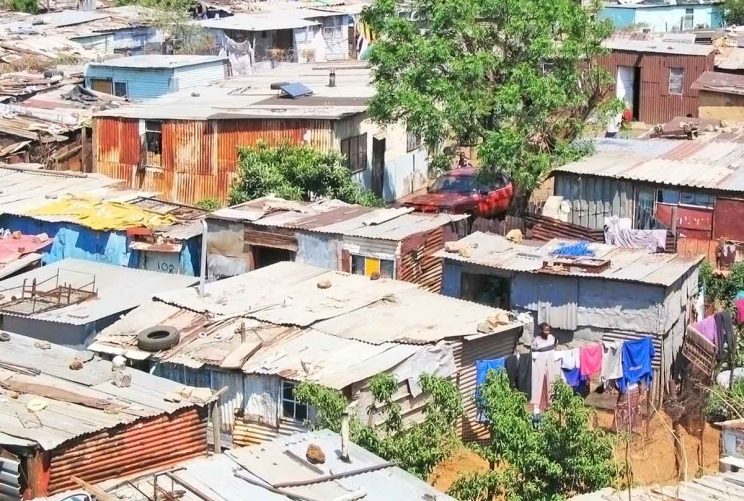 Many rural poor move to the cities with hopes of finding better jobs and better conditions. The majority live in shacks in informal settlements. (Photo: Wikipedia)

The number of “backyard shacks” has increased rapidly as more people receive RDP government houses and rent their backyards out to tenants, says the Catholic Parliamentary Liaison Office (CPLO).

It has warned that shack-building is increasing due to high levels of unemployment and urbanisation, with the number of households living in backyard-dwellings up by 55% during the previous decade.

“People move from rural areas to the cities with hopes of finding better jobs, better living conditions, and to be closer to resources such as water and electricity,” CPLO researcher Samkelo Donisi said.

Mr Donisi added that, with the unemployment rate at 26,6%, it is not surprising that not all of them can afford to rent houses or flats.

As of 2016, approximately 13% of the 16,9 million households in South Africa lived in informal settlements. They struggle to gain access to adequate housing and basic services, including water, electricity, refuse removal and sanitation.

Abahlali baseMjondolo, a shack-dwellers’ rights movement based in KwaZulu-Natal and the Western Cape, described in a statement how evictions are carried out.

“People’s homes are demolished, and their possessions are broken and scattered in the mud,” the movement said.

“The perpetrators are members of the South African Police Services, the cities’ police, private security companies, and sometimes also structures of the ruling party.

“People, including the elderly and children, become the first victims when they lose every little thing at the hands of those who are supposed to be their protectors. These evictions show how cruel our state departments are towards the poor,” Abahlali baseMjondolo said.

In one instance, Mr Donisi said, an interdict was reportedly used by the state to evict shack-dwellers in the Marikana land occupation settlement in Cato Crest, Durban, at least 12 times. Shacks were demolished, and several activists and shack-dwellers were fatally shot.

The government has also been accused of neglecting the rate at which these informal settlements are growing.

Ms Madonsela reported that the government had lost billions of rands on corrupt construction companies and officials.

Mr Donisi said the national Department of Human Settlements had to find a robust solution.

“The tender process should ensure that it includes professionals and experts when judging the winning tenders, so that the housing delivery model remains competitive,” he said.