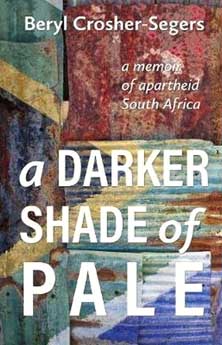 The rich body of literature on the subject of apartheid has rather neglected the experience of the coloured community, at least beyond the trauma of the ethnic cleansing of District Six. A Darker Shade of Pale offers some remedy to that.

Written by Beryl Crosher-Segers, a Catholic who left Cape Town for Australia in 1988, this memoir charts the author’s life from growing up in her hometown’s southern areas of Retreat and Steenberg in the 1960s, to experiencing the brutal might of apartheid socialisation in the 1970s, to having a young family in the 1980s.

There were many catalysts for the Segers family’s decision to emigrate to Australia — ironically, a country which not long before that applied racial rules to immigration — where the author felt the weight of apartheid’s oppression instantly lifted. Their common denominator in that decision was that the author did not want her children to grow up in a racist society.

Besides District Six, coloureds were forced out of many prestigious areas in Cape Town, including Claremont, Newlands, Rondebosch, Constantia, Simon’s Town and Sea Point, to name a few. Many were displaced in ghettos far from their work, extended families and communities. Many families are still fighting today for restitution for properties which were sold under duress well below market value and are now worth millions.

The author also had the experience of displacement by forced removal, from the house built by her Portuguese grandfather to council housing in Steenberg (the ghetto, not the wine estate). There, her neighbours and cousins were also displaced from elsewhere.

The author notes how the effects of that trauma resulted in high levels of alcoholism and attendant domestic abuse in the community. This stood in stark contrast to the simultaneous nurturing and generous community spirit, which was evident even in areas where displaced people from disparate places were exiled to.

First Flush of the Toilet

On the plus side, there was running water in the new council house. The author remembers which family member had the honour of being the first to flush the toilet, a whole new luxury. And this is where her book is not only a lament for a community that suffered in different ways under apartheid but also a testament of life in that community at a particular period of time.

That life is not well-documented, but it is important that the names and places and lifestyles and mind-sets be preserved in print. Many of the book’s readers will recall with some nostalgia names like the Princess Bioscope, Cosy Corner or the Space Odyssey, and events like US soul legend Percy Sledge performing (not uncontroversially, as the author notes) at the Luxurama in 1970.

A Darker Shade of Pale offers little snapshots of times now long past: small stories of the opening of one of those new-fangled supermarkets (across the tracks on the white side, of course), listening to favourite radio programmes, seeing the Klopse preparing for Tweede Nuwe Jaar, and so on.

It also touches on sensitive issues, such as class prejudice within the coloured community, and the grotesque procedure of racial reclassification by dint of running pencils through an applicant’s hair.

The Catholic Church plays a recurrent role in the book. St Mary’s parish in Retreat provided a social outlet. Crosher-Segers recalls a well-meaning but awkward attempt by the parish priest to bring together young people from different race groups for a dance in the 1970s.

The Church also stirred the author’s political spirit through the Young Christian Workers movement, where she first encountered whites who also opposed apartheid. Covert cafés which sold anything but coffee were another such venue.

But the Church was also the cause for sadness in the family. Beryl’s father, Ben, had been briefly married before he wed the author’s devoutly Catholic mother, Sarah — which excluded both from receiving Communion. Embittered, Ben regarded the Catholic Church with hostility. On the day of Ben’s funeral, Sarah finally presented herself for Communion. Crosher-Segers notes that her father “had to die first before she could receive the full sacraments as a widow”. 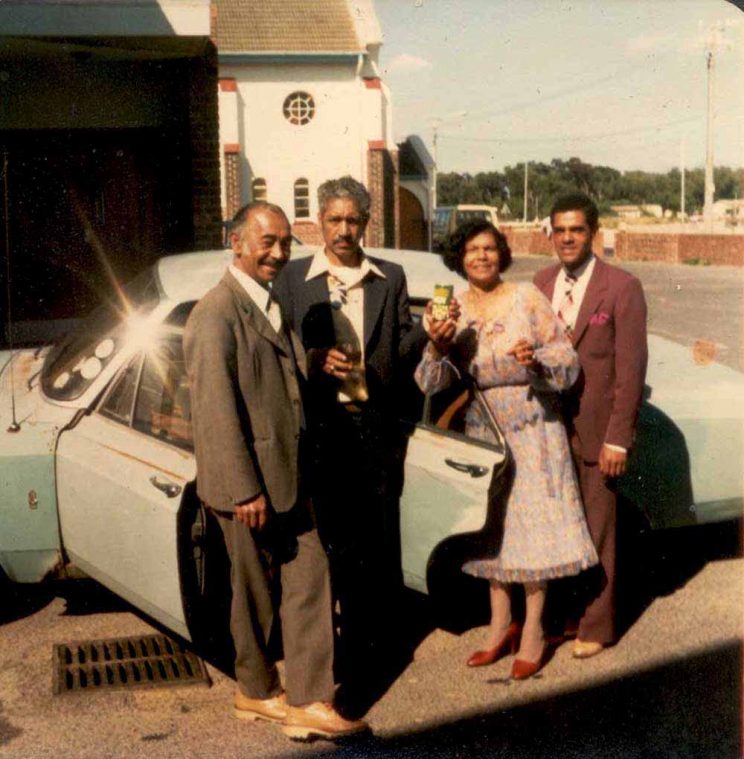 St Mary’s church in the early 1970s with wedding guests. This was the parish church for author Beryl Crosher-Segers. (Photo courtesy Gail Fowler)

The Crosher parents’ different reactions to apartheid are revealing: Ben was angry and powerless, refusing to speak Afrikaans and supporting the Lions in tests against the Springboks by way of protest. Sarah brushed politics aside and got on with life. Her maxim was: “Fight back with a good education and create your own life.”

And Crosher-Segers did just that, even while suffering many racial humiliations along the way.

“Our community, forever held back by the colour of our skin, continued to forge a life for themselves. Most people had no chance of reaching their potential. But they carried on living. Some barely existing. This injustice infuriated me,” she writes.

A Darker Shade of Pale is extraordinary not so much for its story — though Crosher-Segers has an interesting one to tell and does it well — but because of the context in which it is set: under the oppression of a depraved, blasphemous and relentlessly dehumanising system.

The passage of time is blunting the memory of apartheid’s terror. Crosher-Segers reminds us just how evil this system was, even when it was not at its worst.

The book is an important contribution to the body of literature on life under apartheid because it records the personal experience of coloureds under that depraved regime. It may be a memoir, but more than that, it is a historical document.

A Darker Shade of Pale is available from bookshops or order on-line.