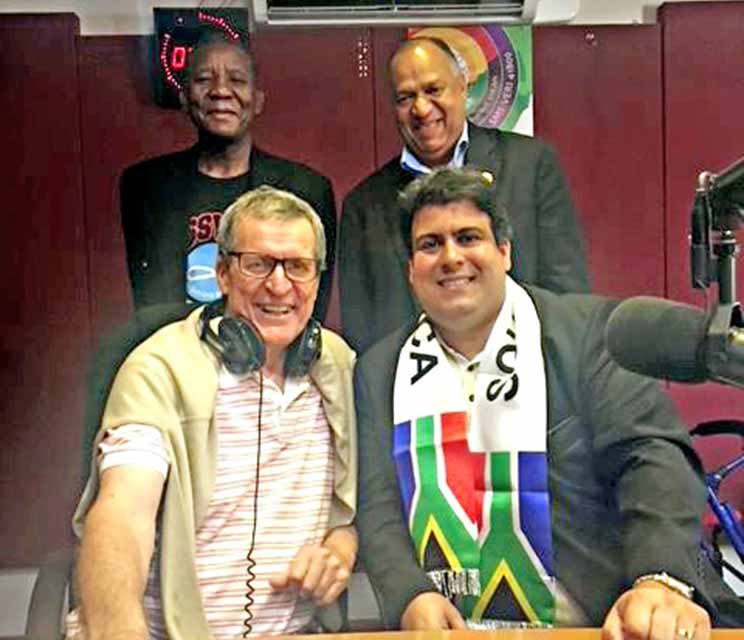 The head of the Society of St Vincent de Paul worldwide has visited South Africa.

“To be a Vincentian is like a vocation — it’s our mission to carry out works of charity,” he said.

The SVP’s activities, Br De Oliveira explained, include conducting visits to houses of those in need, hospitals and prisons; running children’s day-care centres and orphanages; offering assistance to the elderly; and, through funding by donations, providing emergency aid and rehabilitation for victims of natural or humanitarian disasters.

“As Vincentians, we see people equally, try to solve their problems and try to make the world a better place,” he said.

There are over 800000 members of the society in 153 countries. Br De Oliveira described these members as an “army of love that wants to build a better society” in accordance with the principles of the organisation’s co-founder, Bl Frédéric Ozanam.

“I want to be very close to my dear Vincentian Brothers of Africa, and feel the reality of each country,” Br De Oliveira said in a statement before he embarked on the tour. “I recognise the difficulties afflicting the African continent, and I value the Vincentian work carried out there.”

The president-general took part in local conferences, councils and Vincentian works, as well as meetings with leaders of different dioceses, young people and clergy, the latter whom he always looked forward to meeting during his visits.

“I like to go to the parishes, talk to the priests directly and thank them for their support,” he said.

“Without them, it’s impossible to be a good Vincentian. We are the right hands of the priests when it comes to carrying out acts of charity.”

During his visit, Br De Oliveira also had the opportunity to meet Bishop Duncan Tsoke, auxiliary of Johannesburg archdiocese.