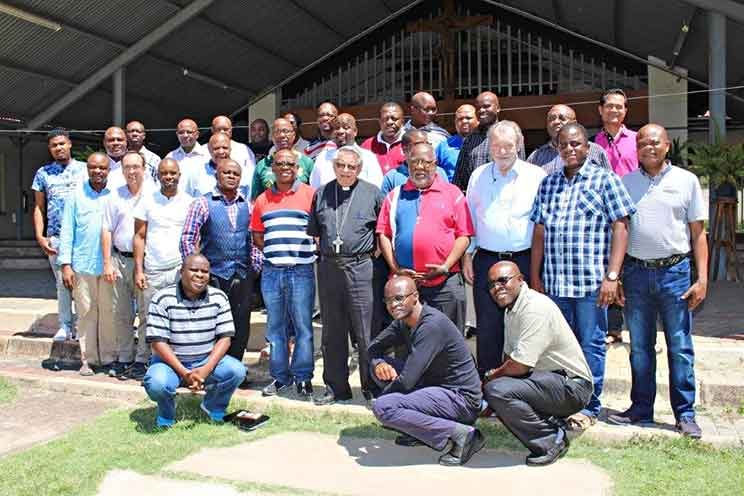 A meeting of Witbank diocese clergy turned its attention on how to use today’s media tools to advance the Church’s message.

The Witbank diocesan clergy met to discuss pastoral issues, present reports, and look at the important role that communication and the media play in today’s new evangelisation.

Priests and deacons of the diocese came together with Bishop Joe Sandri at Maria Trost Pastoral Centre in Lydenburg for three days, and one of the key issues was the media, both in the life of priests dispensing their duties as well as the best ways to use today’s media tools in evangelisation.

Participants spoke on how to spread the Church’s message in the contemporary media and communications environment, and also on using available tools to promote the active involvement of all Catholics in the mission of the Church.

Time was also spent looking at reports from diocesan department heads, commissions, offices, and bodies; and on discussions on the state of the diocese’s financial self-reliance.

Among those present at the meeting were Fr Molewe Machingoane, former rector of St John Vianney Seminary and present administrator in Witbank diocese, and vicar-general Fr Linda Zwane, a former lecturer at St John Vianney.

Dr Carin Runciman spoke at a Catholic Parliamentary Liaison Office seminar. She is seen above with CPLO economic and social...