10 Influential Mothers From The Bible 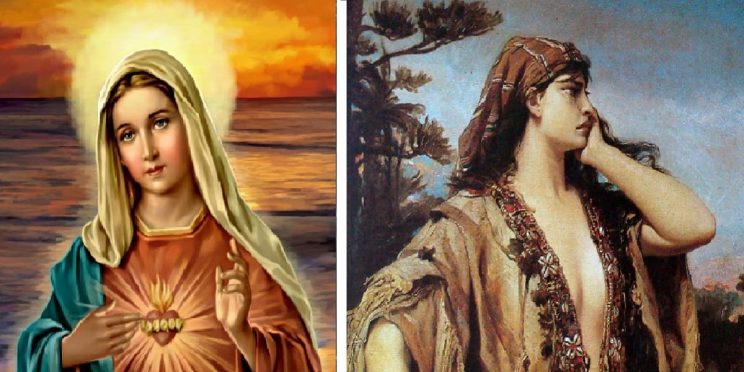 Mother’s Day is the time for when we show appreciation and love for the mothers in our lives, as a way of thanking them for everything they’ve done for us. Truly, they are gifts from God.

In the Bible, women lived in an age where they were treated like second-class citizens. God, however, appreciated their worth, wisdom and grace when no else did. Several mothers are mentioned in this sacred text, all of whom have been able to teach us important lessons to guide us through life – just like our own mothers!

These are the ten most influential mothers from the Bible (in no particular order):

The mother of Jesus Christ is probably one of the most memorable maternal figures from the Bible. Humble and full of grace, God chose Mary to bear his son and raise him. She had to endure a considerable amount of pain and shame, especially when Jesus was crucified, but never did she doubt him or God’s will for a second.

Truly, Mary is blessed among women and is a shining example of endurance, strength and faith.

Little is known about Jochebed. All we know that she was a Levite woman living in Egypt who managed to hide her newborn son Moses away for three months during the time when male Hebrew babies were being slaughtered per the Pharaoh’s orders. When she could no longer keep him hidden, Jochebed never gave up hope: to save his life, she set her son adrift in the Nile River, and he was eventually found and raised by the Pharoah’s daughter.

Moses became one of God’s greatest prophets, and it’s all thanks to the love, care and not least the smart-thinking shown by his mother. 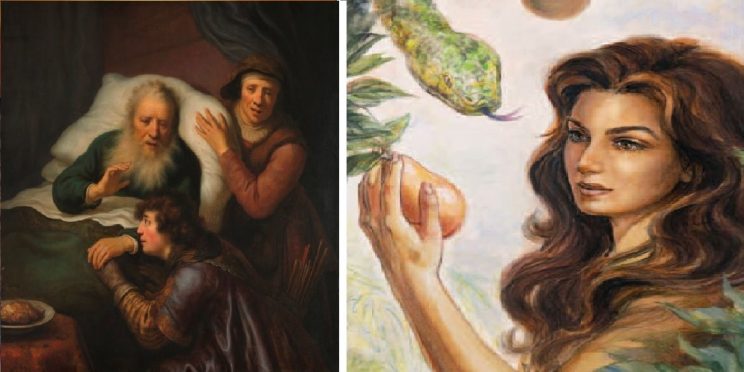 As we saw in the Book of Genesis, Rebekah was a woman of great faith. She married Abraham’s son Isaac and bore him two sons, Esau and Jacob. Despite the women of the time were quite submissive, Rebekah displayed an assertive personality. When the time came for an elderly Isaac to give his blessing to Esau, Rebekah overheard this and took matters into her own hands: she called upon Jacob, the youngest son, to receive the blessing instead.

It must have been a difficult decision to make, but Rebekah chose to go along with it because she wanted what was best for her son, with whom God made a covenant. Likewise, mothers do what they can to ensure that their children are happy and prosperous.

The first woman and the first mother, Eve laid down the first foundations of motherhood. Although she and her partner Adam disobeyed God, was turned away from the Garden of Eden, and had to endure the pain and suffering that came from when her son Cain murdered his brother Abel, Eve is the perfect definition of a mother who might make mistakes or suffer hardships but continues to hold her head up high and take responsibility for her actions. 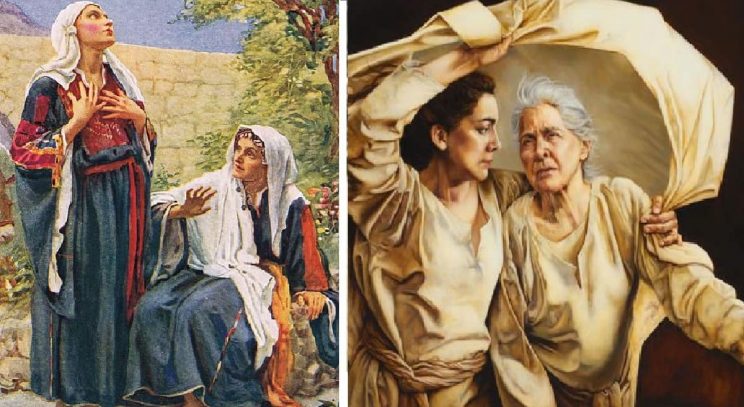 Mary’s elderly cousin was a staunch believer in God, although she and her equally-aged husband Zechariah were unable to conceive. Still, Elizabeth maintained her faith. Fortunately, her wish to have a child was granted. The archangel Gabriel told Zechariah to explain Elizabeth would bear a son – suffice to say, his wife was full of joy when she heard the news. When her cousin Mary, Jesus’ mother, came to visit, Elizabeth’s unborn son – who would become known as John the Baptist in his adult years – reacted to the Holy Spirit and leapt in her womb.

If you’re ever feel yourself doubting your parenting capabilities, take a cue from Elizabeth and don’t stop believing in yourself or in God’s plan for you.

In the Book of Ruth, Naomi was a woman of faith whose husband and two sons were deceased – only her two daughter-in-laws, Ruth and Orpah, were left. When she heard that God had blessed the famine-stricken land of her people with food, Naomi convinced her daughter-in-laws to seek new husbands in the land. Orpah chose to return to her people and her faiths, while Ruth refused to leave Naomi’s side.

From her mother-in-law, the younger woman was able to gain a true understanding of faith. For that, the Lord blessed Naomi and her descendants; as for Ruth, she was blessed with a new husband and a son named Obed, whose future grandson David would one day become a great king.

Mothers like Naomi teach us to never stop believing in ourselves even when everyone else have doubts; by doing this, we are capable of achieving almost anything. 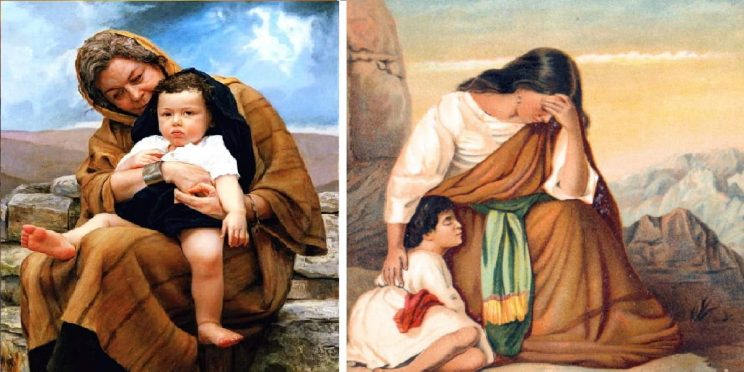 Undoubtedly, Sarah is one of the most recognisable mothers in the Bible. The wife of Abraham, she was barren and therefore could not conceive. In Genesis, God promised the couple children, although they had to wait 15 years before God renewed this promise, and another 10 before it was actually fulfilled. Naturally, a slightly impatient Sarah doubted that God would deliver on his promise. Despite her doubts, God knew Sarah’s heart to be true and blessed her with a son, Isaac.

Often we – as children and adults – push our mothers’ patience to the limits. But in the end, mothers like Sarah are living testaments that patience is indeed a virtue.

Before Sarah became a mother, her maidservant Hagar was forced to become Abraham’s wife and soon became pregnant with his son, Ishmael. This caused a rift between her and Sarah, who mistreated her to the point that she ran away. Although God instructed her to return to Abraham and Sarah, Hagar and Ishmael were later sent away to the desert, where they believed they would die. But God led them to a well, and for their misery he blessed them by promising Hagar numerous descendants through her son.

If you’re ever feeling despair, just remember your mother is always there to reassure you that there’s always a light at the end of the tunnel and will endure the pain with you. 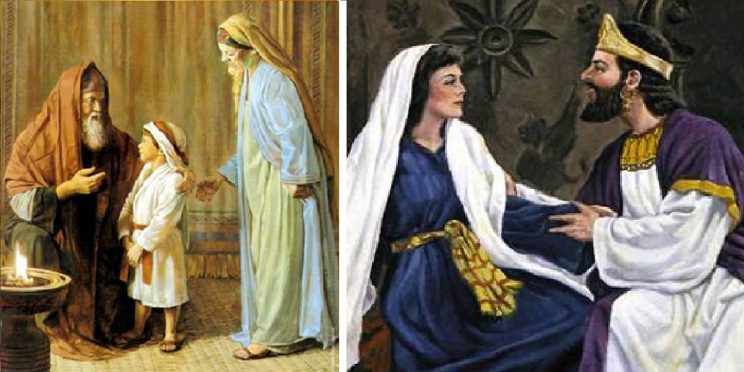 Hannah might not sound familiar (at first, anyway), but her story is certainly touching. She was married to a man who had another wife, one who cruelly taunted her for being unable to have children. In spite of her mockery, Hannah never gave up praying to God. She even vowed to give her first-born child to God – as a result, she was blessed with a son named Samuel. Once he was old enough, Samuel was presented by his mother to a priest and subsequently spent the rest of his life dedicated to God’s service.

For her selflessness, Hannah was later blessed with five more children. Indeed, mothers like Hannah are brave and selfless due the self-sacrifices they make for their children’s sake, and for that we should be grateful.

The wife of Uriah the Hittite and the object of King David’s affections, Bathsheba is often painted in a negative light due to David’s actions. After David had Uriah killed to get him out of the way, God was displeased and struck their child was struck dead. Nevertheless, Bathsheba remained loyal to David, with whom she would have another child, Solomon. God loved Solomon, who later became Israel’s greatest king. Bathsheba also happens to be one of only five women listed in Jesus Christ’s ancestry – that’s quite the distinguished honour.

From Bathsheba, we learn that mothers are able to triumph over circumstances beyond their control and are able to teach us to do the same.