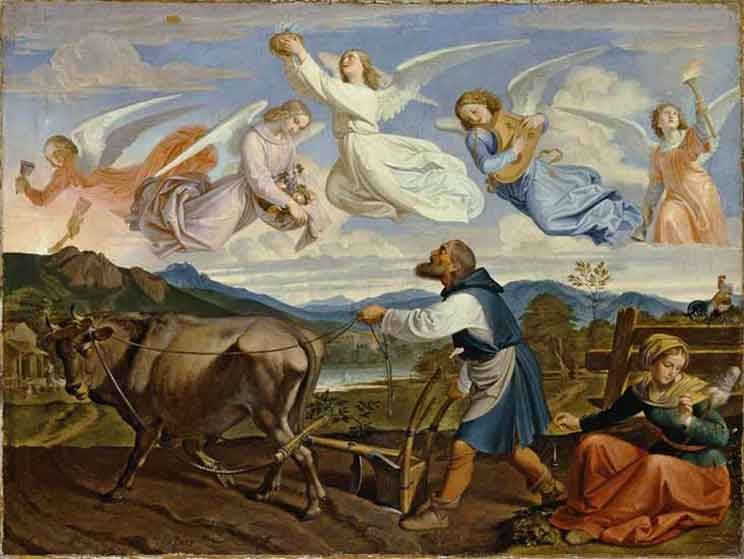 We had a vegetable garden in our own backyard at home and I assisted with that. Planting the flowers (from seed) was my specialty. I still remember watching the alyssum, zinnias, snapdragons and other flowers come to life.

My husband and I had a small garden when our children were young. Two of our neighbours also had gardens, and we ended up with too much produce to share, so we stopped raising vegetables. But I still enjoy planting and tending flowers to this day.

My rural background makes me realise the importance of farmers in the world. I appreciate the hard work and dedication it takes to raise animals and grow produce. Farmers contribute so much to society in providing the food we eat and other products which sustain our lives.

As the Catholic Rural Life organisation has pointed out frequently, farming is indeed a vocation, that is, a calling from God.

On May 15, we celebrated the feast of St Isidore, the farmer. He has become the patron of farmers and rural communities. In particular, he is the patron of Madrid, Spain, and of the US Catholic Rural Life conference.

Franciscan Media’s website (www.franciscanmedia.org) tells us about the life of St. Isidore. When he was barely old enough to wield a hoe, Isidore entered the service of John de Vergas, a wealthy landowner from Madrid, and worked faithfully on his estate outside the city for the rest of his life. He married a young woman as simple and upright as himself who also became a saint – Maria de la Cabeza. They had one son, who died as a child.

Isidore had deep religious instincts. He rose early in the morning to go to church. All day long, as he walked behind the plow, he communed with God.

He was known for his love of the poor, and there are accounts of Isidore’s supplying them miraculously with food. He had a great concern for the proper treatment of animals.

How can we follow in St. Isidore’s footsteps? We can stay close to the earth ourselves by tending our own gardens or perhaps volunteering in a community garden. We can help farmers by supporting farmers’ markets or community supported agriculture (CSAs).

” Following in St. Isidore’s footsteps” from the May 10 issue of the Catholic Herald, newspaper of the Diocese of Madison, Wisconsin. It was written by Mary C. Uhler, editor.