Oprah’s Movie A Wrinkle in Time is Catholic Produced! 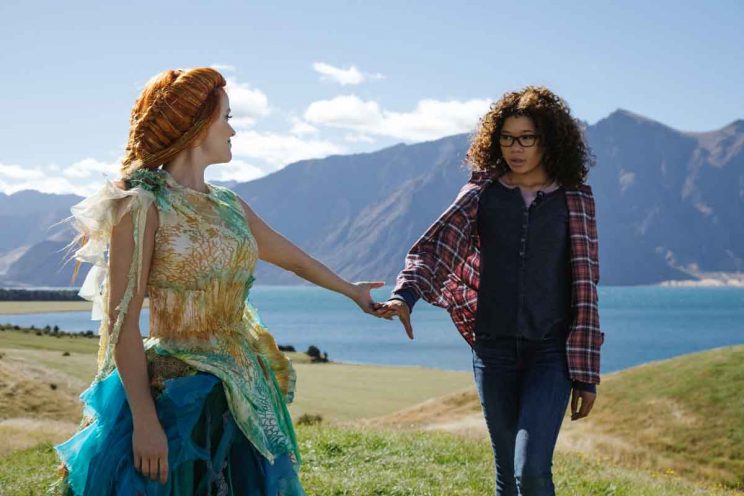 Reese Witherspoon and Storm Reid in a scene from the movie A Wrinkle in Time which opens in South Africa on May 5 (Photo: Disney)

Who would have the patience to wait four years for a finished product? That’s how long it took from concept to its arrival in multiplexes for A Wrinkle in Time, the new film adaptation of Madeleine L’Engle’s fantasy novel for young readers which is opening in South Africa on May 5.

But one of its producers, Jim Whitaker, said that’s standard in the movie business.

“Some people will say, ‘It happened once in my career that I got something done, soup to nuts, in one year,’” said Whitaker, a Catholic. Other projects, he added, can take up to 15 years.

“Once you commit to that thing that you love, you love it all the way until it’s ready to graduate,” Whitaker said.

“I read it (L’Engle’s book) when I was very young and fell in love with it and I always loved this incredible journey of this incredible kid, who felt different and went on this fabulous universal travel. She discovers her power of how they can be all they want to be as an individual. I had said, ‘This could be made at this point in time,’” Whitaker recalled, “and Disney agreed.”

“I approached the studio about the idea of it and they were in the process of gathering the rights,” he recounted. “I said, ‘I’d sure be interested in doing it if you got the rights.’ ‘Tell us how you’d do it.’ I did, and I got this opportunity.”

Storm Reid, 14, landed the plum role of Meg Murry, the centrepiece of the story, which involves her quest to find her missing father. 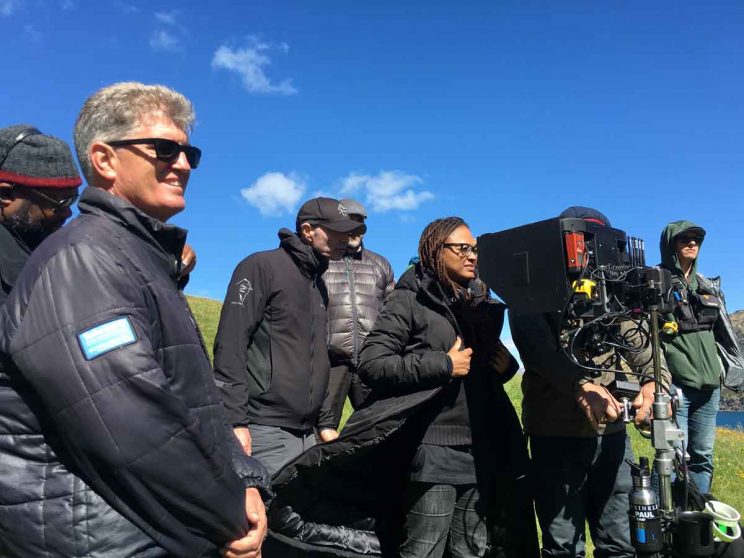 Jim Whitaker, left, one of the producers of A Wrinkle in Time, and director Ava DuVernay (centre) on the set of the movie. Whitaker, a Catholic, said it is a beautiful movie about hope and faith. It stars Oprah Winfrey, Reese Witherspoon and Mindy Kaling. (Photo: Disney)

Like many a dutiful father, Whitaker gave A Wrinkle in Time to his own children to read.” My daughter liked it, my son appreciated it. My daughter really took to it. My daughter felt like it was a quick and fun and good read,” he said.

The film adaptation, Whitaker added, is “a kid movie, ultimately, but it’s one that has reach for kids who feel there are bigger ideas going on. I was pleased [during a preview screening] to look over to see that they were on the edge of their seat.”

A Movie About Hope

“I think A Wrinkle in Time is a beautiful movie about hope and it’s a movie about faith,” Whitaker said. “It’s about a girl who, without having evidence of her father, takes off into the universe to find him and goes on this emotional journey to find him, and also herself. I think it has great possibilities for people of faith and in the power of hope — and dare I say, love. Ultimately, it’s a movie about love.”

Whitaker is a member of Corpus Christi parish in Los Angeles.

“I think the attraction to what it is just for myself, a place where you can pray and reflect on the gifts that you’ve been given and the wonder of what God has given us,” he said. “I’ll say for me, personally, in this life, it’s a good old-fashioned church. And I love being there.”—CNS