Feeling a Fool Because of May 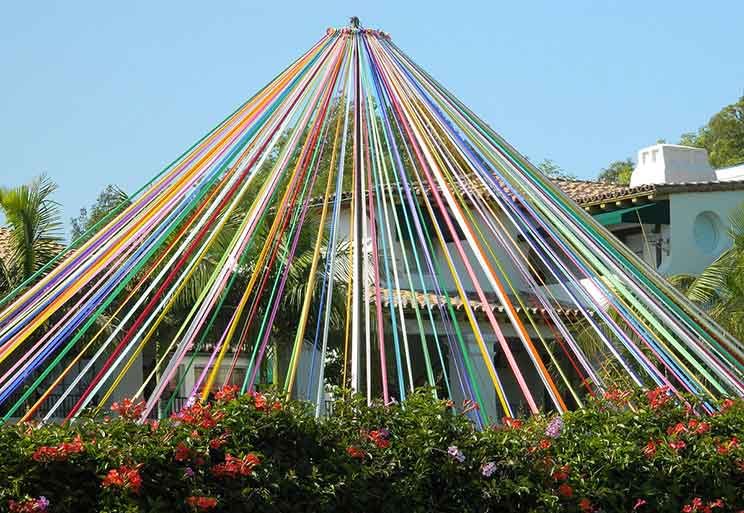 My elder son is a teaching assistant in an English primary school. It’s a rewarding, demanding and often challenging role, but one which he gives his heart and soul to.

Yet he has been a bit fed up lately…

Some of the children at his school have been tasked with learning the maypole dance. The dance is performed by pairs of boys and girls who stand alternately around the base of the maypole — a painted pole, decorated with flowers, around which people traditionally dance on May Day — each holding the end of a ribbon.

They weave in and around each other, boys going one way and girls going the other, and the ribbons are woven together around the pole until the merry-makers meet at the base.

My son explained that this sounds so simple in theory, but the practice is a very different matter!

The children apparently, seemed unable to grasp the idea at all, going the wrong way and tangling the ribbons until it was impossible to continue. And there are no prizes for guessing who had the monumental task of unravelling them!

There was still worse to come! In despair, the class teacher nominated the long-suffering teaching assistant — my son — to be one of the maypole dancers, in a bid to “sort the children out”.

To say that my son was a reluctant maypoledancer and felt an absolute fool during the process would have been an understatement!

In May we honour the Virgin Mary as “the Queen of May”. And rightly so. And this is not only because she was born without spot or stain of sin — a perfect vessel to carry the Lord — but also because of her absolute obedience and faith in God.

This great faith enabled her to give an unequivocal “Yes” to God, when asked if she would become the mother of Jesus Christ.

Mary must have wondered what would become of her when the news of her impending motherhood became known, as this would have been completely flying in the face of Jewish conventions at that time. Yet, despite that, her commitment to the Lord was absolute” “Let this be done to me.”

My son was reluctant and embarrassed about performing his allotted task — dancing around the maypole. In contrast, Our Lady, the Queen of May, did not for a moment hesitate to undertake the greatest commission of all time, and one which was to have the most far-reaching effects for mankind — ever.

And so during the coming month of May, may we celebrate the life and commitment of Mary our Mother, Queen of May.

And as for my son, his advice regarding the May dancing is: “Don’t touch it with a barge or any other kind of pole!”