Pens, Books and the Colosseum 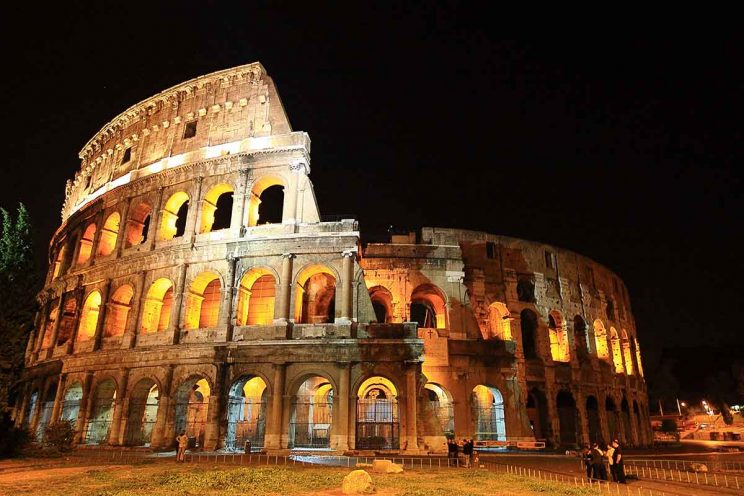 My university education has been a long and difficult journey. I have changed courses multiple times and even now, in the final year of my undergraduate degree, I am uncertain as to what doors will be opened to me.

I have watched my friends graduate before me and bid them farewell as they disappear into the corporate sunset.

Despite my personal failures, and perhaps the notion that the only thing worse than taking too long to finish a degree is not finishing it at all, I have become more determined to get my qualification.

The road to becoming “work ready”, whatever that should mean, is a precarious one. It begins with overflowing excitement and determination. Nothing is impossible as you scale the escarpment of tests and assignments.

Navigating the minefield of a Qualification

Although there are rocks, thorn bushes and cacti, you arrive at the plateau of boredom and mediocrity. You are neither enthusiastic nor discouraged, and you are neither excelling nor failing.

But soon, without warning, the gentle plateau has ended and you have fallen over the edge. Now again you must climb the side of the mountain and retrace your steps to see how the edge snuck upon you.

And then, when such heavy breaths have been breathed, you must catch up with those who have passed the plateau and who are now braving the cliff to reach the peak of the academic mountain. You get my point.

Last year I had the pleasure of travelling to Europe for the first time. I visited Geneva, Paris, Florence and Rome.

Rome is a wild and ancient city. Within its stone walls is a strange coexistence of the sacred and the sacrilegious. This is not only true of its past but also of its present.

Nowhere is this more evident than in the mighty stone amphitheatre that is the Colosseum.

On a hot summer’s day in a half-empty tour bus, we encountered this old yet magnificent structure. We were told of its being a symbol of ancient Rome’s grandeur, of the gladiator combats and the subsequent staggering mortality rate. The lives of the martyrs were made known to us. It is they whose blood drenched the sand as they were crucified, burned and fed to wild beasts.

I recall my few days in Rome now and again when I am worn out by journal articles and derivations. I think of how those who enter university are stepping into a gladiator’s arena.

Though we think we are ready, we are ill-equipped to tame, let alone kill, the beast sent on to devour us. It requires a willingness to endure multiple academic scourgings. Each examination venue resembles the haunting stone walls of that torturous amphitheatre.

Here the minds of future engineers, doctors, accountants, archaeologists and the like are pulled apart and scorched. And like the few gladiators who, though badly beaten, walk away with their lives, only the strongest survive.

Much hope had been placed in the Colosseum by the emperors who commissioned it into existence. It was dreamt that it would be a lasting beacon of Rome’s power.

This has been achieved, peculiarly one would say. It is to be debated whether this beautiful, frail old building holds relevance for the world outside the origins of martyrdom. Still, millions of people visit this site every year.

Will My Degree Be Worth Anything?

And so it is with university education. The rapid development of technology has created fears of a robot apocalypse that will make many jobs obsolete. Will my degree have much strength then? Or will it, like the Colosseum, be a reminder of a once-powerful tradition?

It is my hope that it will be a lasting beacon of the knowledge I fought so hard to gain.

I was charmed by Rome; a handsome knight it is indeed. Oh that it would pull me in to gaze upon its fairness. This is found in its paintings, marble sculptures and attractive male inhabitants.

Universities are old, and some with teaching methods very much antiquated. Still, many are charmed and swayed and in light of the changing global economy, understandably so.

So forward we go, with shield and sword in hand in the battle for knowledge. Against all odds, with all our might, with all our wisdom, we fear not the fight.