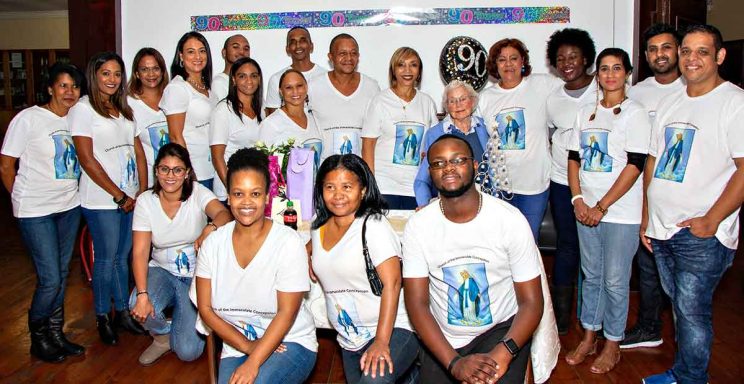 lmmaculate Conception parish in East London celebrated the 90th birthday of Sr Dolorosa Strobl OP, paying tribute to her 36 years of dedicated service as a catechist. Sr Dolly, as she is widely known, grew up in southern Germany, and came to South Africa as a missionary Sister at the age of 22. She taught for many years in Dominican convent schools in the Eastern Cape, and on her retirement, became involved as a catechist, as well as a confirmation and RCIA team member at Immaculate Conception. Sr Dolly is seen with parish catechists at her birthday celebration. (Submitted by Deacon Wayne Lawrence)