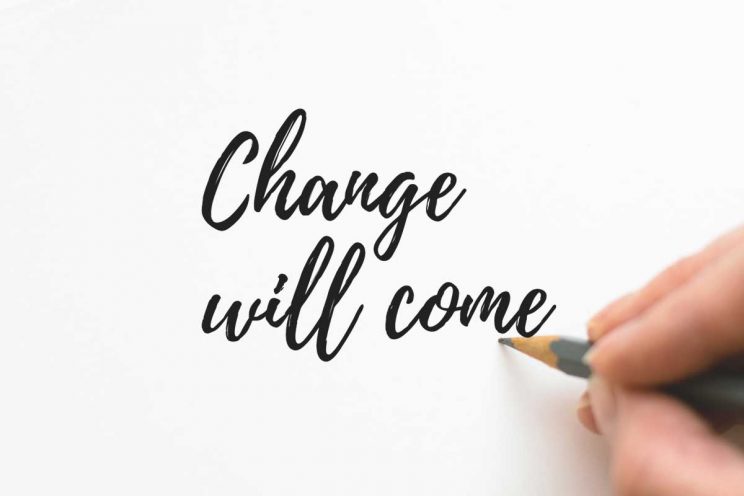 General Intention: That social networks may work towards that inclusiveness which respects others for their differences.

The arresting title of Naomi Klein’s latest book is No Is Not Enough. Klein is often considered to be a hopelessly impractical, radical left-wing social commentator and feminist eco-warrior. Her book is a response to the election of US President Donald Trump, and it is a sustained attack on pretty well all he stands for.

So why is “no” not enough? Well, Klein argues that the fact that a political party is criticised or even voted out of office is not good enough unless the opposition has a viable alternative political and social programme ready with which to replace the incumbents. A “no” requires that a “yes” is ready and waiting in the wings.

That’s common sense, of course, but Klein gives some good examples of where a political change was not in fact capitalised on, precisely because the naysayers hadn’t thought of one and were divided.

So, for example, when US President Barack Obama came to power in the wake of the 2008 financial crash, she argues, those who voted him in ought to have followed up with their collective influence to insist that he make some really fundamental changes in the banking system that had so badly let the world down.

In the event he basically just bailed the investment banks out, slapped them on the wrist and tightened up a few regulations.

Klein also thinks he should have insisted that the American car industry, which was broke at the time and came to Mr Obama with a begging bowl, should have been made to move rapidly away from petro-cars to electric vehicles and light railway transport, for the sake of the environment and in order to shepherd the US into the new green economy. That, too, didn’t happen.

The problem was that the political and social movements that had removed the Republicans and put in the Obama-led Democrats knew what they didn’t want but were fuzzy about what they did want. They had failed to come up with a coherent vision for the economy.

So Klein’s book is an attempt to show how important it is to be inclusive and comprehensive when trying to get a movement going to change society for the better.

South Africa 2018, take note; the end of the Zuma-reign does not necessarily mean Utopia is around the corner, so we had better have a broad, inclusive movement keeping pressure on President Cyril Ramaphosa to deliver the goods for the common good.

The final section of Klein’s book is what has come to be known as the “Leap Manifesto”.

It’s a remarkable document, put together by a vast array of Canadian social and political movements outlining their vision of a new economy and society.

According to the manifesto, there is indeed an alternative vision that envisages a more caring, inclusive and equal society in which the economy is not based on grabbing, extracting and trashing but rather on generously giving, putting back, and caring. It is a society in which the most vulnerable come first, not the strongest.

It is a society in which there will be a basic income grant to make sure that everyone’s core needs are catered for. Such a grant is the epitome of inclusive social thinking — the idea that every individual needs to be considered; no one excluded.

The word “leap” is used very deliberately because the writers believe that time is running out.

The individualistic economic philosophy of the last few decades has not only seriously fragmented our society, creating a super-rich elite who hide away their wealth in tax-havens while there are still people living in serious poverty, but it has also brought the earth to the brink of catastrophic climate change.

Hence, one can argue that a cautious, incremental, “realistic” approach to political and economic change may not be enough. What is needed is a quantum leap, a global bound to a new level of understanding of the relationship between ourselves and the environment, leading to a much fairer way of ordering that relationship. Anything less will be too little too late.

We must leap, and leap together towards a new inclusiveness.

Watch a short, inspiring video on this theme featuring Pope Francis himself on www.thepopevideo.org

Praying with the Pope: December 2019

More in Chatteris, Pray with The Pope

The pope's prayer intention for May is that the lay faithful may fulfil their specific mission, by responding with creativity...