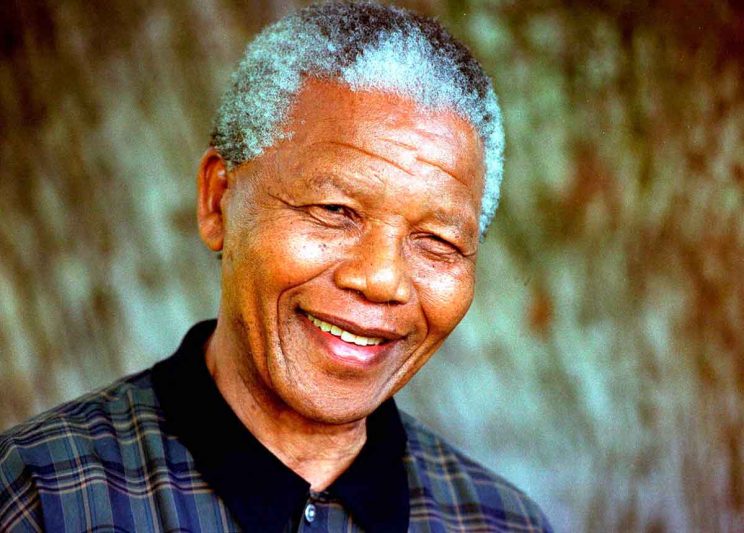 As South Africa marks the 100th birthday of the late President Nelson Mandela, ERIN CARELSE asked some Catholics for their memories of the Father of the Nation.

Madiba, the clan name by which Mr Mandela was affectionately known around the world, was a fighter for freedom, a philanthropist and humanitarian, a political leader, and champion of reconciliation.

In this, Mr Mandela was also inspired by the Catholic Church’s involvement in social justice, which he acknowledged in a letter to the then Catholic Archbishop Stephen Naidoo of Cape Town in 1984.

In his neatly handwritten letter, which was first published in The Southern Cross of July 9, 2008, Mr Mandela commends the Catholic Church’s engagement in social justice issues and expresses his appreciation for the pastoral care provided by Catholic priests on Robben Island.

Mr Mandela also expressed that he was “pleased beyond words” at the 1984 appointment of Bishop Naidoo as the archbishop of Cape Town.

“For one thing, it will remove a sensitive problem which has repeatedly rocked South African churches, kept each congregation divided against itself, and generated strong and even violent passions not compatible with the teachings of the Scriptures,” he wrote.

Sadly, Archbishop Naidoo died suddenly on July 21, 1989, just half a year before Mr Mandela’s release from jail in February 1990.

In his letter, Mr Mandela also inquired about Archbishop Denis Hurley of Durban, “who is often in my thoughts, especially now. I would like him to know that”.

Archbishop Hurley, the champion of human rights who died at age 88 in February 2004, was also present as a special guest when Mandela was inaugurated as the first democratically elected president of South Africa in 1994.

Paddy Kearney, a long-time associate and biographer of Archbishop Hurley’s, said the archbishop regarded this “as the second great highlight of his life, after Vatican II”.

Mr Kearney noted that the celebration of Mr Mandela’s 100th birthday comes at a critical time for  South Africa as it gears up for national elections in 2019.

“Madiba’s vision for South Africa was that this country, in the words of the Freedom Charter,  ‘belongs to all who live in it’. For that vision, he was incarcerated for 27 years. In fact, he was prepared to die for it,” Mr Kearney told The Southern Cross.

“When released from prison to become South Africa’s first democratically elected president, he gave many practical demonstrations of how that vision could become a reality in our country and continued doing that until his death,” he said.

“We need to go back and drink deeply from what Madiba had to say about that vision: it is his legacy which we must pass on to our young people who are being gravely misled by populist voices proposing its rejection and replacement by a narrow ethnic nationalism,” Mr Kearney noted.

“Madiba’s vision is questioned more than ever and also at risk because of xenophobia and racism.”

Archbishop William Slattery of Pretoria recalls Mr Mandela as bringing “with him from prison an authority that no elected or government officials then possessed in South Africa”.

“Mandela combined a great firmness of purpose and yet a great gentleness and respect for all people,” Archbishop Slattery said.

After the murder of Chris Hani in April 1993, Mr Mandela held the country together, he said. “His authority alone calmed what was a very sensitive moment.”

Archbishop Slattery said: “Contemplating the personality and the life of Nelson Mandela gives one a confidence in humanity after all. “

Bishop Victor Phalana of Klerksdorp has a great love and respect for the late president.

“He assisted our country to look at its past and to come to terms with the painful truth of atrocities that were committed during the time of the struggle,” he said.

Bishop Phalana said that what he respected about Mr Mandela was that he wanted the truth concerning the gross violations of human rights under apartheid to be acknowledged.

“He wanted perpetrators to be given a chance to ask for forgiveness, and many did. He wanted to give victims of apartheid an opportunity to forgive and to open themselves to the possibility of healing,” Bishop Phalana told The Southern Cross.

“Forgiveness, Mandela taught us, has a healing and restoring value. The challenge is for all of us to protect our democratic gains like the apple of our eye. It is for those who have the means to contribute to the efforts to repair the damage wrought by the past,” he said.

“It is for those who have suffered losses of different kinds and magnitudes to be afforded reparation, proceeding from the premise that freedom and dignity are the real prizes that our sacrifices were meant to attain. Free at last, we are all masters of our destiny.”

Archbishop Slattery and Bishop Phalana both noted that unlike some other political leaders, Mr Mandela had an affinity for the Catholic Church.

“When I met him he spoke with great admiration for what the Catholic Church had done for his people over the years,” Archbishop Slattery said.

Responding critically to the absence of representation from the government at a national, provincial and local level at last month’s bicentenary celebrations in Cape Town, Bishop Phalana noted that Mr Mandela was different.

The late president “appreciated the Church and the support he received while he was on Robben Island. He respected the bishops; he attended their functions and responded to the invitations of the Catholic churches,” the bishop said on Facebook.

One such invitation resulted in controversy. At Mass in a church in Athlone, Cape Town, in 1993, Mr Mandela — a Methodist — suddenly presented himself for Communion. The late Archbishop Lawrence Henry saw no other option but to administer Communion to Mr Mandela, which he reverently received.

Told later of his faux-pas, the future president was embarrassed but also said that he was seeking spiritual sustenance in the face of his great challenges.

Fr Long, who died in his native Ireland in April 2009, later recalled that Mr Mandela regularly attended the services the priest led. Sometimes Prisoner #1 would do the readings. “He read with great pride a psalm entitled ‘Let every creature praise the Lord’.”

The priest left South Africa for health reasons in 1996. In Ireland, he had a final opportunity to meet his old friend, “the humble, highly intelligent, very spiritual Mandela and the man with the very, very warm handshake”.

“At the heart of his legendary impact lay a simple truth, at the core also of our public spirituality: and that is a sense of respect for the person in front of him, for the dignity of all,” said Fr Peter-John Pearson, director of the Catholic Parliamentary Liaison Office.

“On the occasions I met him, I always came away feeling that for that moment I mattered to him. His gaze never left, his hand often rested on your shoulder, and he always sought to find a shared interest on which to base his few comments,” he said.

“He would inevitably talk about the role of the Church in education and the challenge for the Church to bring its wisdom to the task of forming a new generation of leaders,” Fr Pearson said.

“His struggle was not only against the inhumanity of apartheid as a system, but it was also a struggle to assert the truth that everyone in this country mattered and belonged.

“We have every reason in our own times to keep his name on our lips and his memory in our hearts!”

Southern Cross columnist Mphuthumi Ntabeni, an author and political commentator, recalled Mr Mandela as the embodiment and personification of common decency and ethics. His sense of empathy and justice were among his strongest qualities.

“Like the rest of us, he made mistakes. But even these came from his greater qualities of always willing to trust the other. He espoused the Rainbow Nation because he trusted in the goodness of our nation, especially those who were privileged under apartheid,” he said.

“He was, of course, wrong in that sense, perhaps even naive, because had that goodness been an overriding quality of our national psyche, then apartheid would not have taken that long to disassemble. But Madiba taught us that you don’t cease believing in goodness just because some, or most, people are bad,” he said.

Mr Ntabeni said it’s a pity that a historical revisionist tendency of painting Mr Mandela as a “sellout” is gaining traction among black people.

“I don’t believe Madiba sold us out. Yes, as the ANC collective, they were outmanoeuvred by big white monopoly capital in particular. But things are always clearer with hindsight — it probably would have been better to wait things out, for the apartheid regime to crumble into dust instead of inheriting its fleas. But we were all impatient to see the new dispensation.”

Southern Cross editor Günther Simmermacher regrets that he never met Mr Mandela personally, but experienced the charisma of the man.

“In 1993 I was covering for a newspaper a visit by Mandela on the Cape Flats. At one point I was walking about a metre and a half behind him — security was a bit lax back then — and I could feel Mandela’s incredibly powerful presence. I’ve met many famous people, but that was something I’ve never felt before or since. It was the same when he addressed us reporters, who were standing in a scrum  before him during an impromptu press conference — that aura of greatness.”

Mr Simmermacher was at the Grand Parade in Cape Town on February 11, 1990, when Mr Mandela made his post-release speech from the balcony of the City Hall.

“He looked good in his suit and tie, with that ramrod-straight posture. All the way the leader we had imagined him to be — remember, there had been no photos, or recordings of him available since he had been banned, so we didn’t even know what he sounded like,” Mr Simmermacher recalled.

“Then he greeted us: ‘My friends, comrades and fellow South Africans, I greet you all in the name of peace, democracy and freedom for all’ — and I was a bit disappointed. I had expected a man with a booming voice, and here was this guy with a funny voice and what sounded like a Japanese accent!”

But the words that followed were “a manifesto of hope”, Mr Simmermacher said. “On the day of his release, Mandela said: ‘The need to unite the people of our country is as important a task now as it always has been.’ These words remain true today.”

Mr Kearney says it is important to remember that the Madiba vision, which comes from the Freedom Charter, is in complete harmony with our Christian beliefs, and indeed with the vision of each of the world’s great religions.

“Our country is desperately in need of the harmony and peace the implementation of that vision could bring to us. The best 100th birthday present we could give to Madiba is to make every effort to implement that vision of an inclusive society.”

Gossip Eats the Fabric of the Church