Visit to a Catholic Land 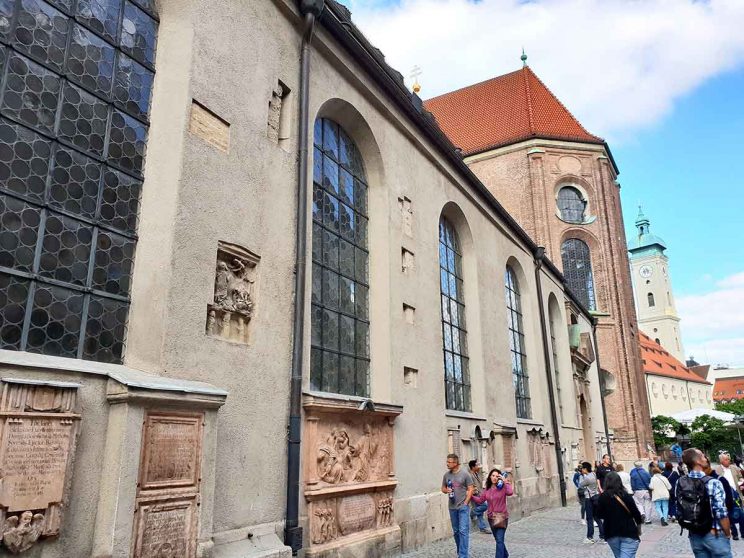 There is always something salutary about visiting, if one can, a place with deep Catholic roots — especially if one comes from South Africa, where Catholicism has no significant presence in general life.

A visit to Bavaria last month brought home to me the comfort which is created by being surrounded by a Catholicism that is entrenched in daily life. It’s everywhere.

It’s right there in the salutations Bavarians, like most southern German-speakers, exchange when they encounter one another: “Grüss Gott” (Greetings in God).

On my last day in Bavaria, I hiked up the Herzogstand mountain. On its peak stood a cross; on an adjacent peak another cross. It’s a normal thing in that neck of the woods.

On the way there, we passed many of the roadside shrines that dot the countryside at random spots, inviting the weary traveller to rest awhile in the presence of God.

In Bavaria many buildings feature murals on their outer walls, often of a religious nature, and statues of Mary are fixed to the facades of many buildings to protect them, in rural areas and in city streets alike.

And, of course, there’s an abbey around every corner. On that final-day outing we made a brief turn at the Salesian monastery of Benediktbeuren.

The Bavarian beer culture is marked by labels which recall the breweries’ monastic heritage. Most were nationalised (and later privatised) during the anti-clerical secularisation of 1803, but their religious names have remained: Augustiner, Paulaner, Franziskaner, Benediktiner and so on.

Weihenstephan, originally the beer of a Benedictine monastery of that same name, is believed to be the world’s oldest continuously operating brewery, having been set up before 1040 (oddly, I’ve never had that beer in Bavaria, but had a glass on draught in a Palestinian bar in Haifa, Israel).

In Munich — that city famous for its football club, the Oktoberfest and BMW — one can’t move for churches.

The city’s main square, the Marienplatz (St Mary’s Square), features a gilded statue of the Madonna with child. Position the camera well, and you can photograph it framed by the two onion-domed towers of the cathedral, the Frauenkirche (Church of Our Lady).

Around the Marienplatz are two significant churches, St Peter’s and Holy Spirit. Along the main pedestrian mall branching off the square, the Kaufinger Strasse, there are two Jesuit churches, St Michael’s and the Bürgersaalkirche (in both I remembered my SA Jesuit friends in prayer as they grieved the sudden death of their confrere, Fr Shaun Carls SJ).

I made it a point to pop into any church I passed by, revisiting many old favourites and making a few new discoveries. In every one of them I saw people kneeling there in prayer, some (like me) with shopping bags placed on the side. How nice it is to be able to pass a church and just drop in for a prayer in the middle of doing one’s daily chores.

At churches like St Peter’s, Holy Spirit and the implausibly ornate Asamkirche, tour groups were passing through (not always with the proper respect), showing just how much Catholicism is part of Munich’s cultural heritage.

So the recent instruction by Bavaria’s premier Markus Söder to have crucifixes nailed on to public buildings as a show of Bavarian culture is absurd.

As Cardinal Reinhard Marx of Munich has pointed out, it is an abuse of the Cross to use it for political purposes. And that is precisely Mr Söder’s goal: to appeal to anti-migrant sentiments by reference to the region’s Christian heritage.

But the cross is not intended to exclude. The cross, the symbol of Jesus’ sacrifice and love for all humanity, cannot serve as a message to non-Christian refugees that they don’t and never will belong.

As one Catholic theologian put it, if Mr Söder’s design is to express Bavarian culture, let him nail Lederhosen on his doors, referring to the traditional leather shorts.

Those migrants don’t need Mr Söder’s crosses to remind them of Bavaria’s heritage, or the central place of Catholicism in it. The Catholic culture is everywhere, even if diminishing numbers of Bavarians actually go to Mass.

And here is something else I noticed: in the popular churches I also saw several people of apparent Arab heritage. I can’t say whether they were tourists or migrants, but they certainly took an interest in Munich’s Catholic heritage — and the Church gladly welcomed them.