What World Youth Day Did For Me 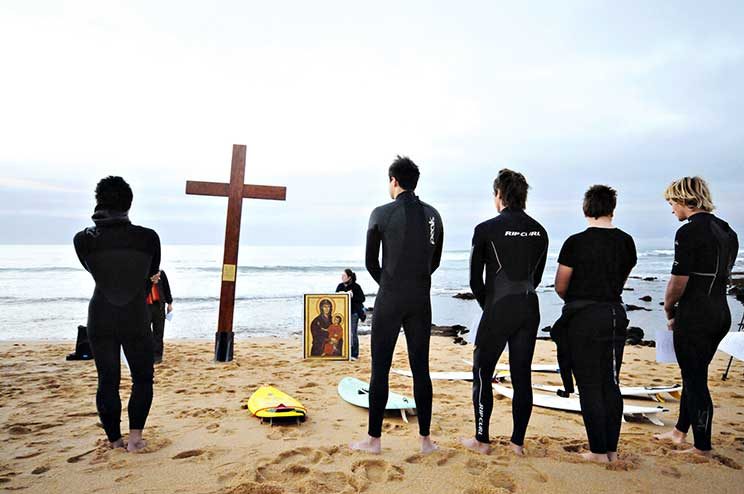 By Runaine Radine – In January 2019 Pope Francis will travel to Panama to attend his third World Youth Day (WYD).

I had my WYD experience ten years ago in Sydney, Australia. Having matriculated the year before, this was any young Catholic’s dream come true.

Fifty pilgrims from my home diocese of Port Elizabeth set out for WYD08. With the support of our families and parishes, spiritual and financial preparations had started three years prior to this.

Aside from starting WYD, St John Paul II gave a cross and icon of the Blessed Virgin Mary to the youth, now known as the WYD Cross. These sacred objects accompany every celebration of WYD, and after touring through different countries, they are sent to the host country.

On the way to Australia, this cross and icon visited a number of Southern African dioceses, in January 2007. In this way, the prayers and petitions of the youth of this country were carried to WYD08. This also provided the necessary motivation the pilgrims needed to finalise their preparations for the main event.

The theme of WYD08 was from the Acts of the Apostles: “You will receive power when the Holy Spirit comes upon you and you will be my witnesses” (Acts 1:8). With this theme of the Holy Spirit, WYD08 was like an experience of Pentecost, with the successor of Peter, Pope Benedict XVI.

It was an even more special experience for two young people from Port Elizabeth diocese who were confirmed by the pope during WYD08. Needless to say, any expectation we had was exceeded, having received far more than we could ever have imagined.

WYD, which attracts pilgrims from all nations of the world, is one of the best manifestations of the “one, holy, Catholic and apostolic” Church.

The liturgy is the fullest expression of this reality. It is amazing how people from different corners of the earth can worship at one altar, without any confusion.

In fact, celebration of the sacraments is central to WYD, especially penance (the pope himself listens to the confessions of some pilgrims) and the Holy Eucharist, celebrated daily and often preceded by adoration of the Blessed Sacrament.

What WYD is All About

World Youth Day offered us an opportunity to interact with one another and share our different cultures.

During the first part of the pilgrimage (known as Days in the Diocese), pilgrims are hosted in homes with local families. In our case, we visited the island of Tasmania.

At the WYD event itself, this cultural exchange is portrayed by the sea of flags from the different nations hovering over the crowds and pilgrims trading tokens from their countries of origin, which serve as a reminder years later of the WYD experience.

The young pilgrims are never ashamed of witnessing to their faith in Christ and their joy in being Catholic. On the streets, in the buses and trains, prayers (especially the Rosary) and hymns are offered. Thankfully, this was before the “selfie culture” became prevalent!

More than the official Vocations Expo, it is the sight of priests and religious, in collars and habits, roaming the streets with the youth, which raises awareness: “What if I, too, am called?”

Young people have themselves expressed the need for such authentic witness. This can stimulate our reflections on the Synod of Bishops on the theme of “Young people, the faith and vocational discernment”, which will be held in the Vatican in October.

WYD ends with a missionary mandate. The final words of Pope Benedict XVI, to an estimated 400 000 pilgrims during the Angelus address at the final Mass of WYD08, encourages “joyful witness to Christ before the world” every day of our lives.

As far as possible, WYD is a must for any Catholic young person! And following the successful Mini World Youth Day held in Durban last December, we long for the day when this life-changing event will be hosted by the African continent.

Runaine Radine is a seminarian of Port Elizabeth diocese. He completed his studies at St John Vianney Seminary, Pretoria, in May.