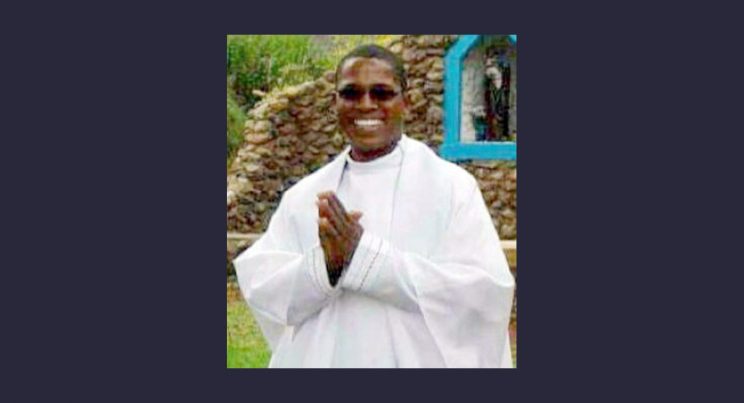 Father Thwalikhaya Innocent Mandondo of Mthatha died in a car crash when his car overturned on a steep road near Tsita in Mthatha, Eastern Cape.

He was 31 years old, having served for just over a year-and-a-half as a priest.

Fr Mandondo attended Likhetlane Junior Secondary School in Matatiele in the Eastern Cape, and went on to complete his secondary education at Mokheseng High School, also in Matatiele.

Following his calling to the priesthood, he went to Port Elizabeth in 2005 to do his pre-orientation at St Philip Neri Collegium. In December 2006 he finished his orientation phase at St Kizito Seminary in Durban.

Fr Mandondo successfully completed his philosophical studies at St John Vianney Seminary in Pretoria in 2009, and his theological studies in 2014.

In 2015 he was ordained as deacon and served at Mariazell and Tsita parishes in Mthatha diocese under Fr Maxwell Sandondo.

After his ordination, Fr Mandondo was appointed assistant parish priest of both Cwele and Port Johns where he worked with Fr Monwabisi Majingolo.

In the second half of 2017, Fr Mandondo was appointed pastor of St Andrew’s in Tsita.

He leaves a legacy of selfless service, doing things with speed and a lot of joy, and dedication to God and humanity.