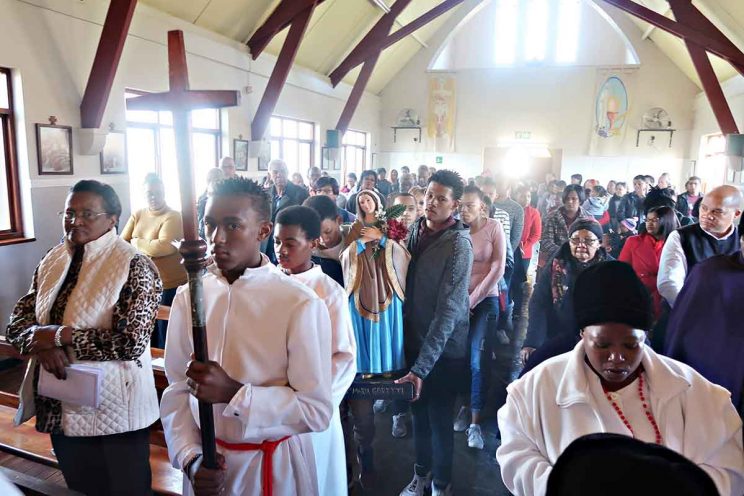 St Maria Goretti parish in Worcester, Western Cape, celebrated its feast day and the 8th anniversary of ordination to the priesthood of Fr Francis Malaka. The congregation of St Anne’s in Zwelethemba was invited to join in the festivities, as Fr Malaka serves both parishes. Young people carried the statue of St Maria Goretti inside the church and took part in most of the liturgy. Fr Malaka, in his sermon, reminded those present to humble themselves, and live simple and respectful lives. (Photo: Levinia Pienaar)

Who was St Maria Goretti?

Saint Maria Goretti (October 16, 1890 – July 6, 1902) is an Italian virgin-martyr of the Catholic Church, and one of the youngest canonised saints. Her family shared a home with another family after her father died and one afternoon the son of that family made sexual advances towards her. When she refused to submit to him, he stabbed her fourteen times. She was taken to the hospital but she died forgiving him. He was arrested, convicted, and jailed. During imprisonment he repented. After 27 years he was released from prison, and visited her mother to beg forgiveness, which she granted. She was canonised in 1950. – Wikipedia