Our Mother, Who Art in Heaven? 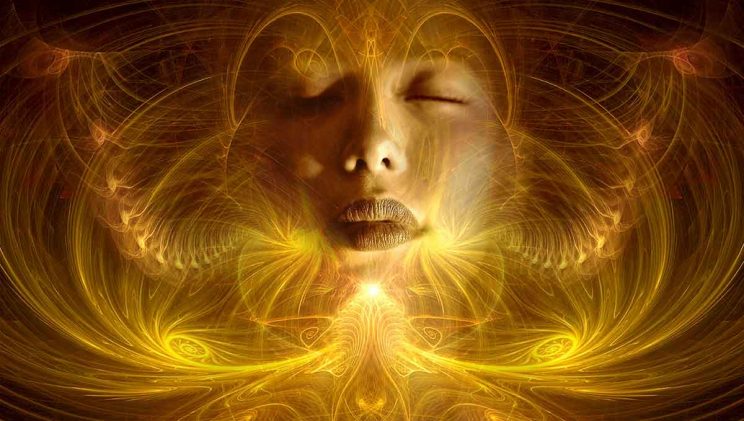 Is it time that we feminise God? It is a question I have been pondering ever since a visiting priest celebrated Mass at our parish a few weeks ago.

Imagine my shock when at the start of the Mass as we made the sign of the cross the priest led it with, “In the name of the Mother, and of the Son and of the Holy Spirit”!

In his homily the priest explained that we as a Church have masculinised God too much, and if we are truly to see that we all — men and women — are created in the image of God, we should embrace that God might be female too.

It didn’t end there. In the parts of the liturgy of the Eucharist where the term “God the Father” was to be used, he omitted it and replaced it with “God our Parent”. Before joining together to pray the “Our Father”, he also invited those in the congregation who wished to do so to pray the “Our Mother”, if they so wished.

The Feminine Aspect of God

I began accepting this as the Mass proceeded, and then as weeks went by, I began thinking more and more about it.

I wouldn’t know if the rubrics allow the priest to do something this radical, but my question remains: is it time that we feminise God?

On Maundy Thursday 1984, the Anglican cathedral of St John the Divine in Manhattan unveiled a bronze statue of Christ. But to the shock of the congregation, the image of Jesus on the Cross was, in fact, an image of Christa. The crucifix portrayed Christ as a woman, complete with breasts and rounded hips.

Overruling the dean of the cathedral, the suffragan bishop of the Anglican diocese of New York called the statue “theologically and historically indefensible”.

Is God really he? If we are all created in the image of him, where does that leave women? The Christa sculpture was the liberal Church’s response to the question.

This is not just a conversation I want to have because feminism is a hot topic of late, but because how we imagine God to be is fundamental to our faith and belief.

This is true especially when we pray. Often we want to see the person we are having a conversation with. So the question arises: whom do you picture in your mind when you are praying?

Sometimes the Image of Man is Not Good

If we are to fully understand the emotions of some people, maybe we will understand that some of us have been hurt so badly at the hands of men, that for some, the thought of a man in their lives breaks their spirit. For some, thinking of God in masculine terms isn’t what they want to believe, especially in the time of the #MeToo movement.

When the priest at that Mass invited those in the congregation who so wished to pray “Our Mother”, I could see relief on some of the congregants’ faces. It was as though they were given the assurance that God is both feminine and masculine. The masculine side of the human race may have broken and hurt the spirit of that congregant, but the feminine side of who God is gave them a newer lease on life.

So, are we “allowed” to feminise God? Do we have the scriptural mandate to do something like that?

I believe that if we begin altering Scripture to suit us and our emotions, fundamentally we will be left with a comic book with words, texts and phrases which were not inspired by God.

We need to understand it and we need to accept that God through the scriptures referred to himself as “He”. God chose to reveal himself with male imagery, the perfect Father. And when Christ taught us to pray, he did so by saying “Our Father”. When he instructed us to be one, he said we should do so in a similar way as he and the Father are one.

Men Can Be Broken Vessels Too

As men, we may be to blame for the lack of Christian conversion. We have not been courageous enough to be the fathers we ought to be, the husbands we should be, and ultimately the men we are needed to be.

Society teaches us males to “man up” and to “be strong”. However, we need to understand that it is okay to cry, it is okay to show our feminine sides as men. As the broken-hearted among us continue to seek God, and as we live in a fatherless nation, maybe it is time for one of us to take a stand and hopefully by doing that, our example would emulate the heart of the True Father and draw people towards him and ultimately their and our salvation in him.

Beyond a conversation of whether we should “feminise” God, maybe we should accept that through him and in him, he includes us all.