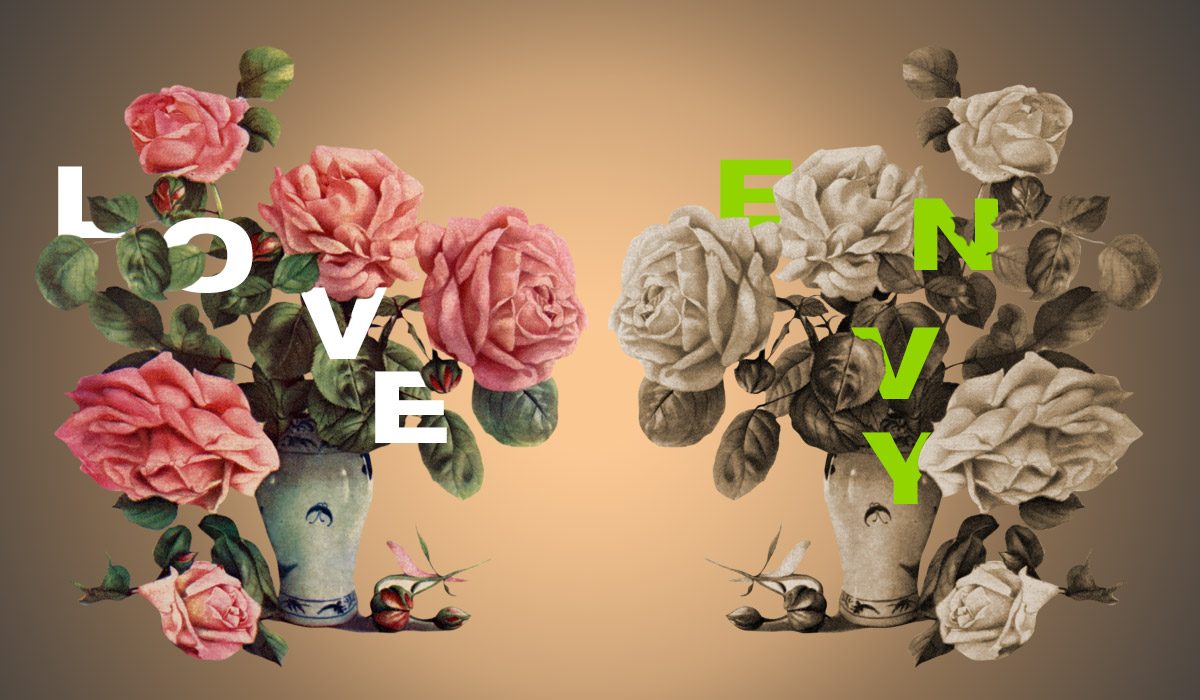 Fr John Allen Green OFM – Each one of us knows the enemy. Envy and jealousy are ignited by pride and vanity, stoked by selfishness and must eventually explode in anger which is displayed in many ways, from copious tears to kicking the dog.

This is a universal condition deep within each one of us, whether pious disciple, altruistic patron or angry gangster. It regularly overflows from our hearts into our families, into our communities and into our national identity. When we experience this among our own families, mothers and fathers, sons and daughters, it is the source of suffering and division.

Within the community it results in denying our common heritage within the human family as it also refutes the common good. From Jerusalem to Johannesburg it is the root of corporate greed, state capture, lies, deceit and murder. It completely blinds those who suffer from this disease as it equally traumatised its victims.

Envy and jealousy, its counterpart, are so corrosive because they lead us to sorrow over what should make us rejoice, namely, our neighbours’ “good”. The reason we may grieve over another’s good is that somehow we see that “good” as lessening our own value or excellence. Envy forms when we believe that the other person’s advantage or possession diminishes us in some way. Envy is spiteful, begrudging and seeks to destroy what it sees and desires of another. Envy is contrary to love.

Replicating the fall of Angels

When this toxic mixture of envy, jealousy, pride, vanity, selfishness and anger is experienced in the spiritual realm, it replicates the fall of Angels. This is a disembodied spirituality that results in the angel of light, Lucifer rejecting the embodiment of the Incarnation. “I am the angel of light; what have I to do with anything made of the dust of the earth?” This illusion leads to claiming for itself the of being the source of light; Lucifer unwittingly returns to primordial darkness and chaos. This is a type of disembodied spirituality that hides the truth and beauty of the Incarnation that Jesus was both fully human and fully divine; eros and agape entwined. This destructive dualistic spirituality rejects its own eros, hides behind a mask of piety, selflessness, service and self-sacrifice. This is the ultimate mask of duplicity. In the dark it leads God’s little ones into dark despair.

As Jesus warns his disciples, Jesus describes it as a fire that does not go out; a ferocious worm gnawing away at all that is good, true and beautiful. It is a deadly poison and destructive anxiety that fosters bitterness, stifles our joy and is a barrier to gratitude and true praise of God. It is the background to the unfolding story from the first pages of Scripture as Cain murders his brother, and continues as Jacobs’ brothers sell him into slavery and as Saul seeks to destroy David. It is as deadly when vented through pious preaching as any assassin’s bullet.

The effect of this disease is always a loss that leads to fragmentation and estrangement between people, God and the very earth that is our home. Such a loss of Love, is the loss the very life blood of the heart and leads to unconscious indifference. Jesus often speaks of the “hardened heart”, that great infection that leads to all greed, suffering, war and death. Both the object of love and the object of envy is our neighbours’ “good”, but by contrary movements, since love rejoices in our neighbours’ “good”, while envy grieves over it. Time after time Jesus warns the disciples against this contagion.

St Francis also warns us as his brothers and sisters in Admonition number eight: “The Apostle affirms that “no man can say the Lord Jesus but by the Holy Ghost,” and “there is none that doth good, no not one.”  Whosoever, therefore, envies his brother on account of the good which the Lord says or does in him, commits a sin akin to blasphemy, because he envies the Most High Himself who says and does all that is good.”

Religious formation often emphasises sexual “original sin” with the retrospective view of the pathology of the human condition needing redemption so as to return to a primordial innocence, purity and glory. The effects of emphasising pathology rather than positive psychology has been clearly documented. This immature spirituality very often leads to psychological fragmentation and schizophrenia.

As always, transformation must begin with ourselves. An honest examination of conscience is always the first step in admitting our need for reconciliation. Through the years I have found that penance in the form of doing some service to those who cannot benefit us in any way and without any acknowledgement (definitely no Facebook posts), is of great help. It is as though this unseen and humble service decalcifies the arteries and softens a hardened heart.

Within our families and among those we love, it is not an easy matter to confront the destructive and manipulative behaviour. Patients and gentleness are often met with denial and disdain. Following the way laid out in the Gospels as a form of intervention is often the only way. Where such interventions have failed, we need to find the strength to walk away before the infection spreads further.

For now I move beyond the crisis within our society and within the political arena of “gatekeeping”, corruption and state capture to face our own terrible crisis within our beloved church. Evil has entered into the sanctuary and the most vulnerable, the little ones, our children have been the victims of monsters. The oversight of bishops has failed. Canon law has failed.

We as priests have failed to hold the powerful to account. We all recognised that the hierarchical system of power without accountability that was ruining so many families in parishes needed reform. Trust has been broken. All of this must be fairly faced so that we may say with confidence, “never and never again”. The laity who have been the victims of this abuse must regain their voice in the assembly; must be allowed oversight in respect of all those who are entrusted with the vulnerable and their children. Nothing else can satisfy at this time.

“Lord Jesus, your love knows no bounds. Free my heart of all jealousy, pride, fear, and possessiveness, that I may always love others and treat them as you have treated me – with loving-kindness, goodness, mercy, thoughtfulness, and generous care.”