Why I (Still) Want to Be A Priest 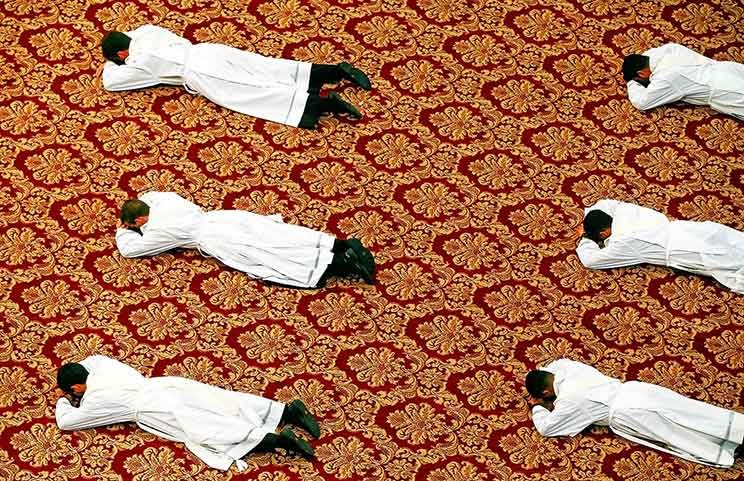 When I was in university and then as a young adult, I wanted to be married and have a family, but in my mid-20s I heard God’s call to something else. A call to something radical, sacrificial, and even “noble sounding”, and it was accompanied with a promise of God’s divine help to live it out. This divine call joined an innate desire I always had to combine fulfillment and joy with a life of service. I was called to be a Catholic priest.

Now, with less than a year until ordination, like so many Catholics, I was horrified at the evil revealed inside the very heart of the Church.

I am angry and scandalised by the unspeakable abuses by priests and the titanic cover-up by the bishops. While the report does appear to show that the national Church reforms enacted since 2002 in the United States have been successful in radically reducing the amount of abuse, another scandal of prevents me from relegating this evil to the past.

The face of the Catholic response to the 2002 clergy child abuse scandal, Cardinal Theodore McCarrick, allegedly abused children and seminarians and continued to rise through the ranks of the Church hierarchy despite attempts by priests and lay people to blow the whistle.

In spite of all this, I still feel called by God. Am I naïve?

If It Doesnt Strive for Transparency There’s Abuse of Power

Every time I have been involved in an organisation that does not strive actively for transparency and accountability by its leader or leaders, I have encountered abuse of power. The Church can change its culture. I have been an officer in the US Army Reserves Chaplain Corps for five years and have seen the Army grow through a serious attempt to change its old boy culture to one where sexual harassment and abuse are no longer tolerated.

Outside groups have assisted the Army to change its culture and currently every unit has someone to whom soldiers are encouraged to report transgressions outside the chain of command.

While it would be naïve and wrong to say the problem is fixed, I have been heartened that there has been a marked change in the Army’s institutional culture.

Despite any organisational similarities between the Army and the Church, we know the Church has a divine founder and when those in the Church forget this, they fall.

So, when I reflect on these priests and bishops who have so failed the people they were supposed to lead, I am angry at them, not God. God calls priests to join in his Son’s mission to all people. A call which is only possible through intense unity with him, a unity of prayer; a unity of life.

God has always chosen human intermediaries to act between himself and humankind. In the Old Testament these include prophets, kings, judges. Since the Incarnation, there have been countless good and holy men and women acting as mediators, but a particular part of God’s plan is his priests.

God Speaks to Us Through His Word

As Catholic Christians, we believe that God speaks to us through his Word. So I understand my own call through Jesus calling Peter and Andrew to be “fishers of men” (Matthew 4:19).

I hear Jesus speak to me when he offers those “whom he desires” (Mark 3:13) a share in his own priesthood. I listen with incredulity when, in John 13, Jesus offers Peter a “share” in himself, washing the feet of his soon-to-be priests. Jesus was priest and victim at the Cross when he offered himself for my salvation (and everyone else’s) and has been calling men for 2000 years to share in this work.

This is how I hear God’s call: to live a life-sharing in the mission of Jesus. Jesus’ mission is to “re-establish all things together in him, both on earth and in heaven” (Eph. 1:10). This “bringing together” of all in Jesus is the call of a priest: to be with people at every important moment of their lives, pray with and for them, support them, love them, serve them.

To feed them for the journey and then walk with them and, like Jesus, to offer himself as a sacrifice for them. To be a priest separate from Jesus is to be a dried- up stream; a bag of hot air in the best circumstance and diabolical in the worst.

Yes, I want to be a Catholic priest; because of all the incredible men who are good and holy priests and have helped and supported me in my own life. Because of the much-needed ministry I have been privileged to provide already as a religious Brother; doing Army chaplain ministry and as a seminarian.

Because God has chosen to make himself present in the Eucharist in the hands of a priest.

Because we as Catholics believe that the priest, despite his own frailty, has the awesome power to forgive sins. But mostly, because God has called me in this incredible way and I wish to answer that call.

There are institutional problems that can and must be fixed. We must do everything in our power to ensure that  human leaders of the Chuch live their call.

Jesus is Still Calling Us

We must pray, fast and sacrifice for victims and our Church. But let us also remember and appreciate that Jesus is actively calling certain of us to be his priests and thank him for it.

I know that when I am ordained a priest in May next year, much of the institutional goodwill for the Catholic priest will not exist as it used to. I cannot change this. I can, however, take up the challenge to have greater faith in the God who calls me.

With his immeasurable help overcoming my own weakness, I can resolve to be ever-more united to his Son the priest, and yes, the victim.

Deacon Andrew de Silva is a seminarian who will be ordained a priest in May 2019 for the archdiocese of Newark, New Jersey in the US. As a transitional deacon, he is assigned to St Aloysius parish in Jersey City and is a first lieutenant in the US Army Reserves Chaplain Corps.—CNS

The Mystery of the Eucharist – Our Source of Life

Bishop: Only the Heart Propels us to Action