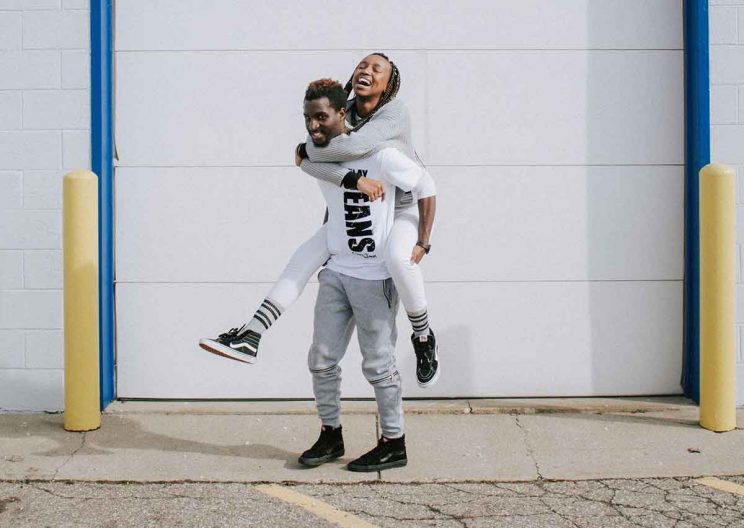 Human sexuality is not taboo, but a gift of God, Pope Francis told a group of young people from France.

Sexual relations between a man and woman joined together in marriage is “a gift that the Lord gives us. It has two purposes: for loving each other and generating life. It is passion, it is passionate love. True love is passionate,” he said.

The pope was speaking with young people from the diocese of Grenoble-Vienne in France. He answered several questions on issues such as vocations, helping the poor, evangelisation, living one’s faith and sexuality.

Manon, 16, asked how to navigate a world that “desecrates” the human body and that proposes so many “different opinions”.

The pope said: “Sexuality, sex, is a gift of God. Not taboo. Love between a man and a woman, when it is passionate, it leads you to give your life forever. Forever. And to give it with your body and soul,” he said.

God made in his image and likeness both male and female together, he said, and when they join in marriage they become “one flesh; this is the grandeur of sexuality. And one must talk about sexuality like this and one must live sexuality like this, in this dimension of love between a man and a woman for life.”

We Can Use Sex in a Damaging Way

It is true that human weakness or spiritual failings can lead people to use their sexuality in a way that does not follow “the very beautiful way” it was intended to be — as love between a man and woman — but as “objectified sexuality, detached from love and used for amusement”.

The pope criticised pornography as being part of an “industry of lies”, an industry “of sexuality detached from love”.

Sexuality, the way God intended it, “is great”, he said, urging them to “safeguard it well and prepare for that love” that will be part of their whole lives.

Another young man told the pope about his concerns that the Church was losing its standing and number of followers in an increasingly secular world. “Why make an effort in an institution that sometimes seems to me pointless” and has lost its place, the man asked.

The Church goes on because of saints, he said. “Not us, not even the pope. No. Saints. They will forge the way ahead of us,” he said, “because they follow Jesus.”—By Carol Glatz, CNS