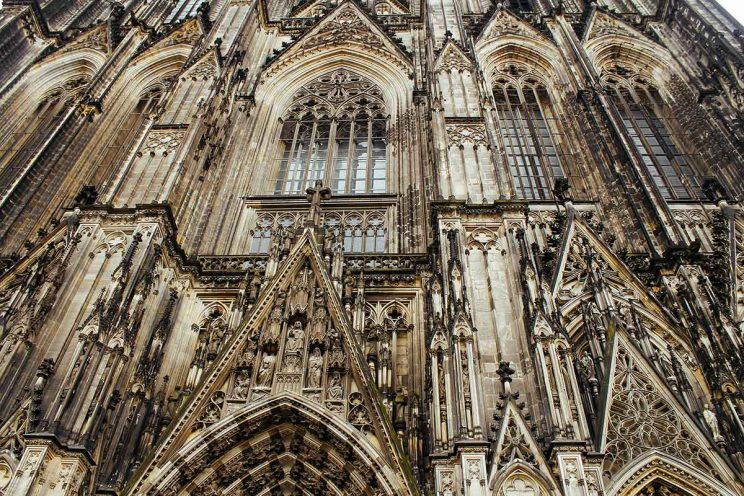 One of my hobbies is to research the links between the scholastic frame of mind and architecture. It goes back to my varsity days when I had to study the history of architecture.

Many credit scholasticism for giving rise to the Gothic cathedral. There’s no doubt that the scholastics, of whom St Thomas Aquinas is the most illustrious example, were intellectual system-builders. This is because scholars seek not just to answer this or that question but also to construct entire edifices of thought.

St Augustine is at the root of the scholastic tree of thought. It is small wonder that his De Musica became the most influential aesthetic treatise of the Middle Ages.

St Augustine considered architecture and music to be the noblest of the arts, because, he claimed, their mathematical proportions were those of the universe itself.

He liked quoting Wisdom 11:20, about God ordering all things by measure, number and weight. To him musical and architectural creation were the closest a human creature could get to participating in God’s act of creation. Hence they’re also able to lift minds to the contemplation of the divine order.

The Augustinian idea of God pouring light into the minds of men proved a potent metaphor for architects in the Gothic tradition, in which physical light was meant to evoke thoughts of its divine source.

You don’t have to be an architectural expert to notice that the windows of a Gothic cathedral, with the emphasis on light flooding these enormous and majestic buildings, are their most salient characteristic. This is based on Augustinian teaching about God flooding the darkness of the world/soul with Light.

Augustine conceived acquisition of knowledge in similar terms of divine illumination, with God enlightening the mind with knowledge.

In our country you need to go to the Eastern Cape to find proper specimens of Gothic architecture, most of which are not associated with the Catholic Church, but with English and Dutch churches. 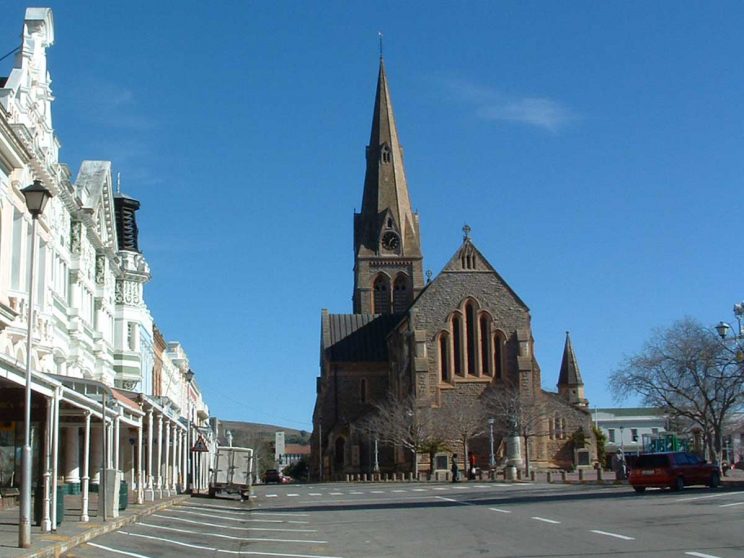 The best example is the Anglican cathedral of St Michael & St George in Grahamstown. It is difficult not to be taken in by the splendour of this building’s structure, which clearly derives from the great Gothic edifices and Catholic ideas, which are traceable to the Church Fathers.

It is such a pity that Gothicism, by the 19th century, had also become the currency of colonialism.

For one, in front of St George’s altar is a monument to Colonel John Graham (1778-1821), after whom the town was named. Graham’s presence made it impossible for me to kneel and pay homage to God for the splendour of his work through the hands of man.

Was Graham alive today, there would have been a strong case to charge him with genocide for the manner in which his troops cleared the area of KhoiSan and Xhosa people to make room for white settlers.

Graham went beyond the demands conquest into the realms of psychopathic behaviour. As such I totally support the change of that town’s name. There’s a reason why God refused to have an altar built by the bloody hands of King David.

My only issue with the name change is the name of Makhanda, aka Nxele. I go into detail in my book, The Broken River Tent, why I don’t consider Makhanda a hero; in fact I hold him accountable for leading the Xhosa nation to suicide.

My preferred new name would have been iQhoyi, which is what the KhoiSan and Xhosa people used to call that area which the British later named the Albany district.

iQhoyi also has the advantage of being a neutral, natural name which recalls the flute-like sound the river makes as it meanders through the rocky cliffs to the sea. From the name iQhoyi came the name Kowie River (because the colonialists couldn’t click).

Another great building of magnificent Gothic architecture is the Dutch Reformed cathedral in the town centre of Graff Reinet. Though perhaps towering above St Georges Cathedral in splendour it loses marks for being too much of a replica of Salisbury cathedral, the first Gothic cathedral in England.

There are other pretty Gothic architecture buildings in Stellenbosch, Somerset West and Strand whose distinguishing features are Dutch white-washed walls as opposed to earth stone of English heritage.