Be the Miracle You’re Praying For 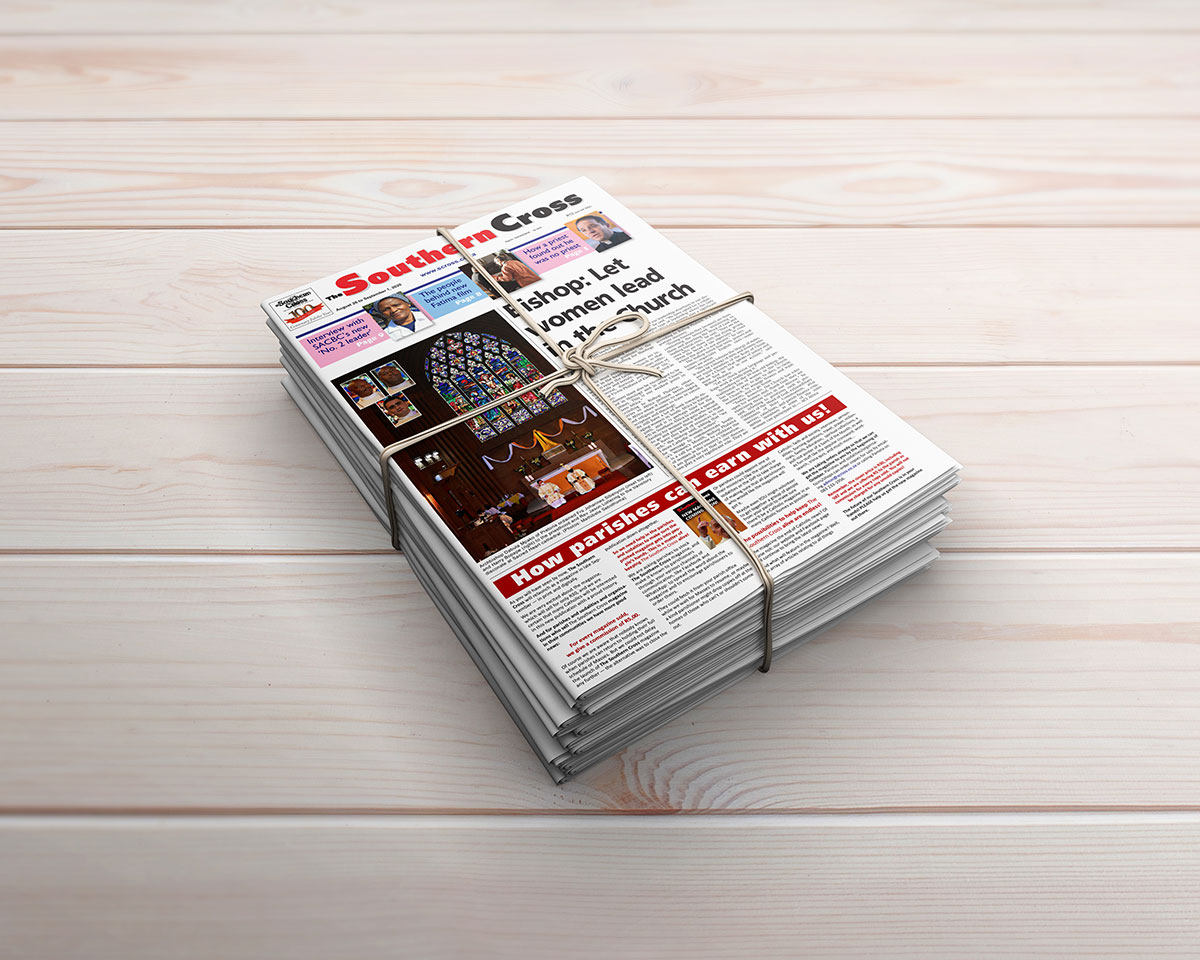 Like every avid reader of The Southern Cross, the news that the weekly newspaper version would be discontinued gave me a cold shock and a lump in my throat.

I prayed, I still pray, that someone might rescue it. But I’ve also come to the conclusion that the attitude of praying for miracles when we ourselves could be facilitating them is probably one of the valid criticisms of some faithful.

It is the deadening lull of fatalism rather than the vitality of hope. I mean, what is stopping a group of us coming together to form some kind of a business trust that would fund and run the publication in its weekly newspaper and digital form?

I believe there’s still an overwhelming need for a newspaper that serves not just the Catholic community but the Christian one in general in our country.

The added facility of a monthly magazine would accommodate and serve the need for longer investigative and opinion pieces.

Through the years after my conversion to Catholicism, The Southern Cross has helped me keep in touch not only with Catholic news but also to think about my faith and be able to express it.

As someone who moves mostly in circles which are, at best, bemused by people of faith and at worst ridicule them, I appreciate the opportunity The Southern Cross provides of letting down my guard and becoming myself by being around or reading about people of my own faith.

In the language of the Jesuit poet Gerard Manley Hopkins in “Heaven-Haven”: “And I have asked to be / Where no storms come. / Where the green swell is in the havens dumb, / And out of the swing of the sea.”

Now it feels cruel to be robbed of my Thursday evening and Sunday afternoon of reading The Southern Cross (I receive the digital version mostly on Wednesdays and start reading, and—before lock-down—then finish with the paper version I’d buy at Mass when relaxing after my Sunday lunch).

Reading The Southern Cross has been one of the tricks by which I take strength as I prepare to tackle the coming week.

The demise of The Southern Cross newspaper feels more painful still and poignant by the fact that I am currently reading a copy of the jubilee issue of the British Catholic journal The Tablet, which is celebrating 140 years of publication since 1840.

It is not that The Tablet’s road has been smooth either. Recently it appealed to its compatriots for more support, especially during the Covid-19 lockdown which has become the final nail in the coffin of many businesses this year, and in that of The Southern Cross as a weekly newspaper.

Luckily, The Tablet was saved by many of its supporters who took double to triple subscriptions and added more for friends and family as gifts to keep the journal afloat.

Though The Tablet boat is also still leaking, the success of the appeal has given them a breather to stay afloat.

A common misunderstanding I encounter, among Catholics and people in general, is that the Church is rich and so must be able to financially support the entities built around our faith.

The Church is not rich, certainly not in South Africa. She is able to run her affairs only to the extent by which we are willing to lend her support, which must sometimes translate to material aid.

I have also deluded myself through the years that my material support of The Southern Cross—by way of offering the gift God gave me in the ability to express my thoughts in written form without expecting remuneration for my columns—was enough. It is obvious now that this too was not enough. I need to put the yoke on both shoulders if this publication is to survive and thrive.

Correspondence towards this can be organised through the editor’s office (editor@scross.co.za), and we take things forward from there.

When the boat is leaking, someone has to brave the waters and dive under to plug the leak. That someone must be us.

The onus is now on us to be the miracles we are praying for.

After 14 years, this is the final column by Mphuthumi Ntabeni in The Southern Cross newspaper. We thank him for his many insights, and look forward to featuring his articles in the new Southern Cross magazine.