Why I Grieve for the UCT African Studies Library 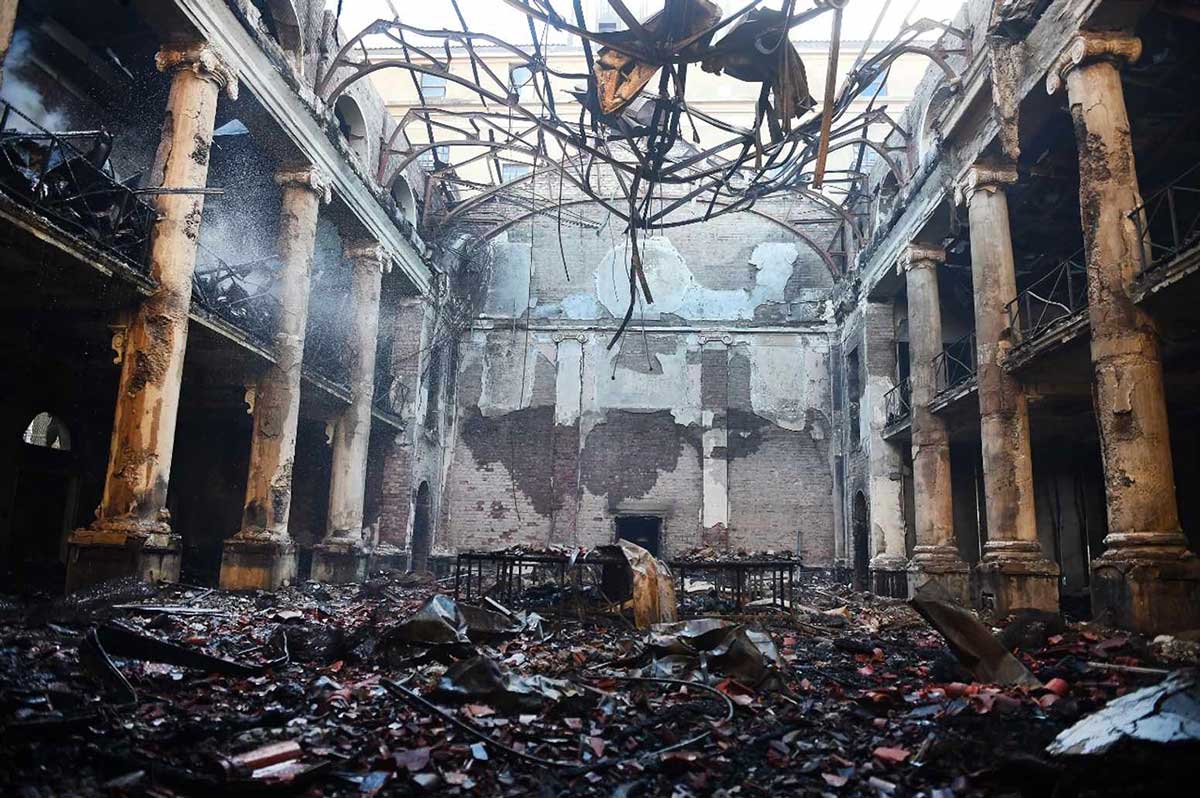 Last week’s fire in Cape Town left MPHUTHUMI NTABENI in sorrow over what has been lost. Here the author of the landmark book The Broken River Tent explains why.

The world watched in horror once again as Cape Town’s Table Mountain fires, which often come in climatic cycles in, gutted down historical and cultural sites, including a 200-year-old library of the University of Cape Town. Most of the people who frequent libraries, especially those with special collections material such as UCT’s, tend to end up with a special relationship to them. Moreover, those of us who delve into historical researches may read sometimes about library material lost in fires, but it is always from a distant past and geography, never this close to our own living experience.

I spent many hours in the reading room of the UCT African Studies Library (Special Collection). This one feels like a death of a family member.

In relation to the fire, which started near Rhodes Memorial, I noticed a lot of negative comments on social media, with some people hoping for extensive damages, to the memorial and even to the UCT library.

I sometimes feel that people confuse the concept of decolonisation with our temptations, as black people, towards what is called the “Prayer of Samson” — the wish to pull down the columns of the system that shackles you and be buried under its rubble with your enemies.

This is a result of the impotent anger which we, as blacks, sometimes feel in the face of the stubborn latent nature of colonial hegemony that silently oppresses us wherever we go.

As someone who is invested in the process of historical knowledge assessment, I feel a great loss when historical material is lost, including that which my natural inclination doesn’t agree with. I prefer to know, especially through my enemies’ words, why I disagree with them, and in what context they spoke and held their views.

This was the original premise through which I began the task of researching and writing my historical novel, The Broken River Tent as a narrative of the historical events of the Frontier Wars of the 18th and 19th century between, mostly the Xhosa and the British colonial power.

What is different in my book is that the history is told through the Xhosa point of view, especially that of their warrior leader, nkosi Maqoma ka Ngqika. In historical records, the events of that era are written mostly from the point of view of British colonial sympthasiser, such as the records of British government officials, the journals of their imperial soldiers and missionaries, and so on. And these histories are usually written in prejudicial and condescending tones towards the African natives. 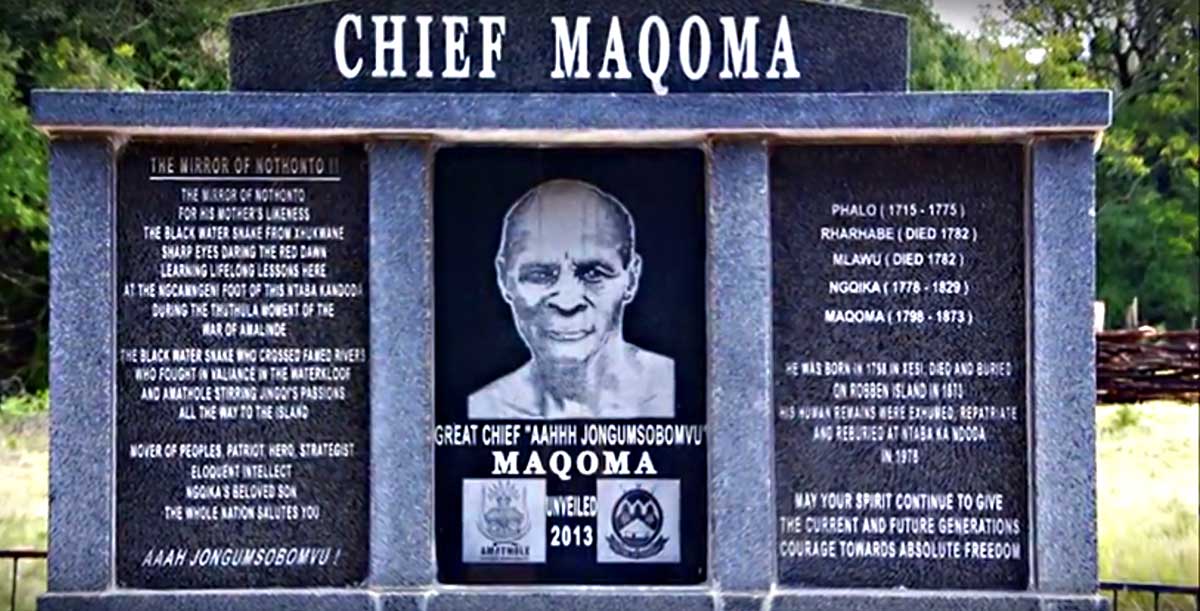 But I was able to form a useful narrative to serve my objectives by combining those written histories with useful Xhosa oral history. Some of the historical material I used where obtained at the UCT African Studies (Special Collection) section, which I am now apprehensive might be lost to the next generation.

For example, a few weeks ago, I was able to make contact with one of the librarians at the UCT African Libraries (Special Collection) to procure a microfilm copy of Nathaniel Mhala’s diary that was published on the Cape Argus issue of June 30, 1878. I suspect that no other library in the country has a complete Cape Argus archive, one of the oldest still running papers in South Africa. Luckily, the greater part of the library’s material, I am told, has already been digitised, but not all of it.

For the benefit of those who don’t know this history, Mhala was one of the Xhosa Christian converts who became what the British called “turncoats” during what probably was the most decisive conflict of the Frontier Wars, the War of Ngcayichibi (1877-78) where Maqoma’s brother and then king of amaRharhabe, Sandile, was killed.

Many black first-Christian converts turned in that war after observing the cruelty and disingenuous ways of the British in killing and robbing the Xhosas of their land. Dukwana, a renowned marksman of the time who gave the British army a run for their money, died alongside amafana nkosi (those who die with the king). He was a committed Christian and a son of the Xhosa prophet Ntsikana. 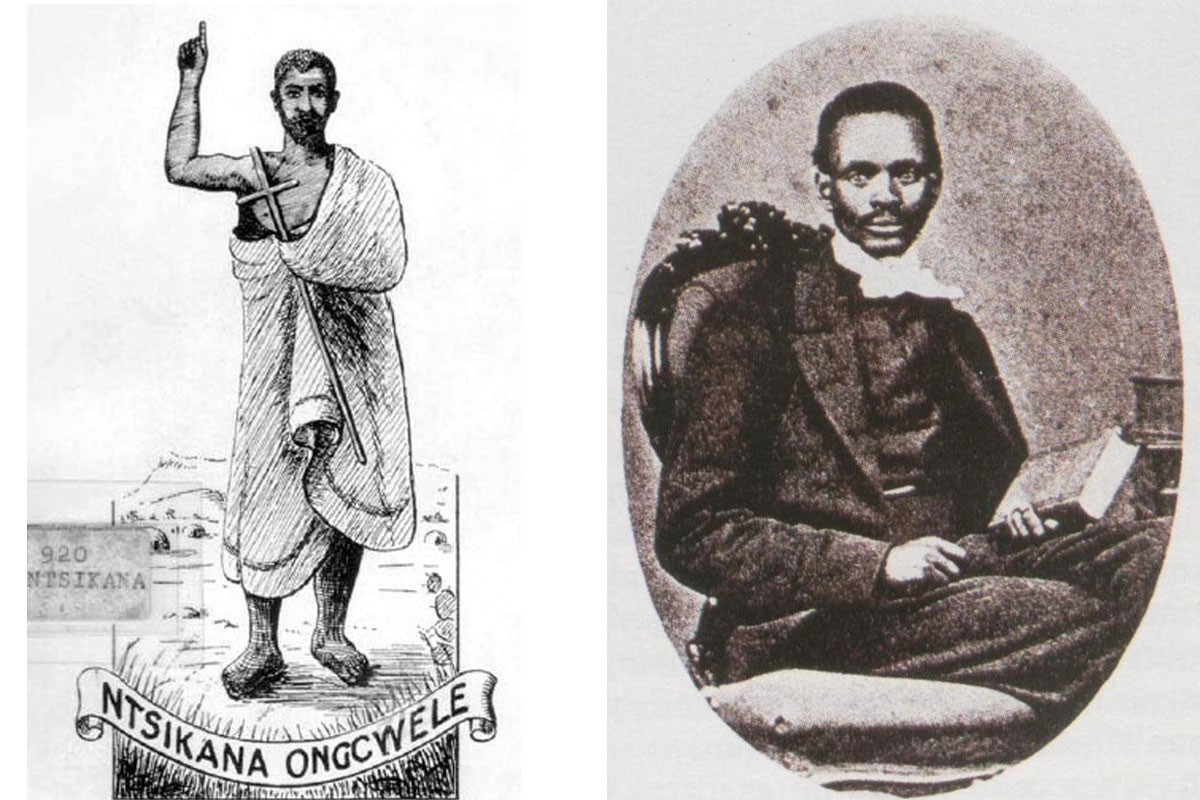 Ntsikana was the first influential Xhosa convert to Christianity and is renowned for having been the pathfinder and leader of amaXhosa to the religion. He wrote beautiful hymns which most Christian denominations still use today for the praise of God Almighty and Christ, whom he called Sifubasibanzi (Broadchested one). Ntsikana claimed that Sifubasibanzi appeared to him towards the end of the 18th century, warning about the pending arrival of the white people with a destructive economic system. He advised the adoption of the “Word from the red mouthed-book” while disregarding “the button with no hole”. He preached a much more inculturated form of Christianity that rejected what the Danish philosopher Soren Kierkegaard termed Christendom: the misuse of religion for the promotion of imperialism and white supremacy.

In the “woke” circles these days, inspired by the notorious Cancel Culture, Christian converts are called sellouts to the colonial cause. But real history, which you get in more unadulterated form within the archives, gives you a much more complex and nuanced picture of individuals caught up in what the Palestinian philosopher Edward Said called the oppressive and creative (disgust and allure) claim colonialism had on its educated victims. Mhala and Dukwana fit that description, caught between a rock and hard place during the historical events of the 19th century.

After his British colonial treason trial, Mhala was sentenced to imprisonment at Robben Island when his death sentence was commuted by the British Governor Frere to a life sentence. In that diary he wrote about the unjustness of his legal trial and other experiences before he was arrested. It is indeed a rare and valuable thing to have a first-person narrative account from a black person on the events of that era. Examining and reassessing historical facts, in a holistic manner that involves all role-players is, for me, the true meaning of decolonising history.

And now, we might have lost some of the material in that fire, including Tiyo Zisani Soga’s impressions of Cape Town when he came back from Scotland in 1857, which also is part of the Cape Argus archive. This is why I feel deeply aggrieved, by the fire and by those who take joy from its destruction.