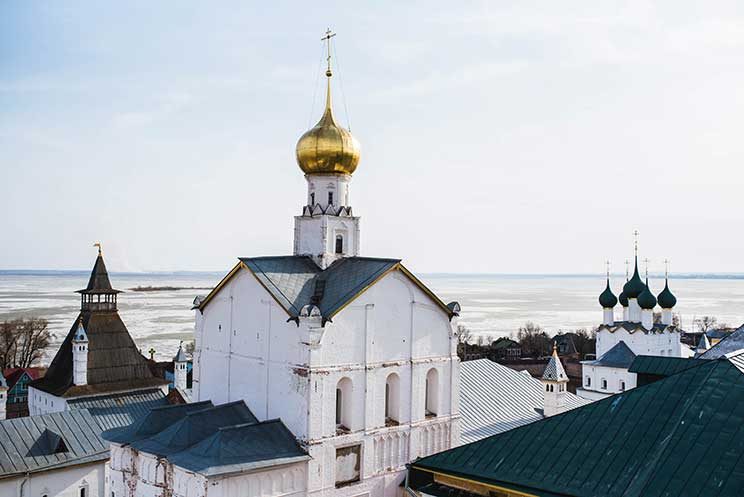 The Russian Orthodox Church’s decision to sever ties with the Ecumenical Patriarchate of Constantinople will affect ecumenical dialogue, but the long-term implications remain unknown.

Paulist Father Ron Roberson, associate director of the US bishops’ Secretariat of Ecumenical and Interreligious Affairs, said the split reveals disagreements on some “pretty significant issues” among more than a dozen Orthodox Churches.

At issue is the role of the ecumenical patriarch in the Orthodox Church. The patriarch — currently Patriarch Bartholomew of Constantinople — has always been recognised as first among equals, with the authority to organise pan-Orthodox activities like international dialogue with Catholics.

Split over Patriarchs Recognition of Churches in Ukraine

“It could be the beginning of a schism that would be long-lasting” if others follow the lead of Moscow, Fr Roberson said.

For instance, he said, the Serbian Orthodox Church has been supportive of Moscow’s position.

It is “unknown what the implications will be”, he said.

Fr Roberson, who has written and updated The Eastern Christian Churches: A Brief Survey, referred to a similar dispute in 1996 over the Orthodox in Estonia, a former Soviet republic. The ecumenical patriarch reconstituted a Church there over the wishes of the Russian Orthodox Church. In the end, he said, they agreed that Estonia would have a Church under Constantinople and a diocese under the Moscow patriarchate.

Call for an Independent Orthodox Church

Earlier in October, in an effort to unify the Orthodox in Ukraine, the ecumenical patriarchate’s synod recognised both independent Churches as canonical Churches and reinstated the heads of both as bishops in good standing.

The Ukrainian Orthodox Church-Moscow patriarchate has said it has no desire to be independent from Moscow. Some people believe some of that Church’s bishops would go to the independent Churches, Fr Roberson said, adding, “That’s pure speculation at this point.”

In severing ties with Constantinople, Moscow said it would not participate in any international dialogues if the co-chair is a bishop of the ecumenical patriarchate.

“If Moscow and Constantinople will not sit down at the same table, then any theological dialogue would be with some of the Orthodox Churches, not all of them,” Fr Roberson said. “If the Russians are missing, that is something like half of the faithful in the Orthodox world, which is very significant.”

Calls for a single Church, independent of Russian jurisdiction, intensified after Russia’s 2014 annexation of Crimea and intervention in eastern Ukraine.

Ukrainian President Petro Poroshenko, who has backed calls for an independent Church, pledged that his government would guarantee “full respect of religious freedom for believers of all denominations”.

However, he warned against Russian attempts to “fuel a religious war” by encouraging violence at Orthodox sites and said Patriarch Bartholomew had now confirmed “clearly and unequivocally the Russian Orthodox Church has no canonical title to Orthodoxy in Ukraine”.

“Ukraine never was and never will be a canonical territory of the Russian Church,” Mr Poroshenko told a Sunday prayer service in Kiev’s St Sophia Square.— By Barb Fraze, CNS