The Hard Grace of Being a Catholic Journalist 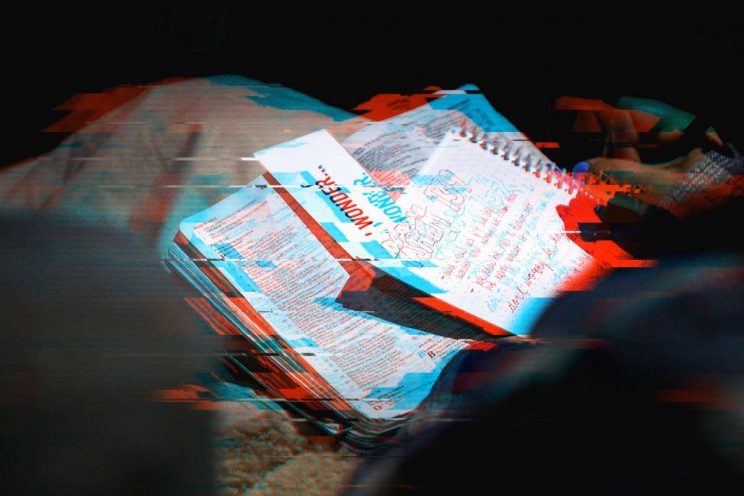 “Are you still working for that evil organisation?” sneers one person.

“Why aren’t you defending the bishops more strongly?” chides another.

Welcome to the world of Catholic journalism. These are the questions we’ve been fielding in recent weeks as our church is buffeted by a hurricane of allegations and condemnations regarding its handling of sexual abuse cases. The storm is many times worse in social media.

Yet as a Catholic journalist, covering sex abuse scandals is, oddly, the best of times as well as the absolute worst of times.

When it comes to clergy sex abuse scandals, we’ve been round this race track before. We know that the church has not been standing still since the last wave of headlines because we’ve been covering what’s been done. The church is $4.4 billion poorer and a lot more experienced, or should be, when it comes to responding to complaints or training volunteers or screening seminarians.

In other words, when it comes to crises like this, Catholic journalists get to do our job. We serve the church by not ducking the bad news and not forgetting the good news. We give the church a voice amid the cacophony of breaking news alerts.

The mote in a journalist’s eye is sometimes a more tempting target than the beam in a churchman’s. Complaining about being victimised by journalists comes more easily than engaging victims. And the credibility of a Catholic newspaper or magazine is neutered when someone decides that no news is good news in a self-serving attempt to “not scandalise the faithful.”

And while some may resent Catholics reporting on Catholic scandals, others accuse the journalist of participating in the cover-up because he or she isn’t reporting every social media rumor or every blogger’s claim.

Most of all, it is the worst of times because this is happening to our church … again.

Catholic journalists share the sense we all have that this may never end – the gruesome details, the infidelity of priests and deacons and church workers, and the failure of some leaders to respond appropriately. These tales of scandal cause the most pain among those most committed to the church: Parish and chancery staff, volunteers, and, yes, journalists.

For a journalist or editor who has spent his or her entire career, or a goodly portion of it, working for the church, the sense of betrayal, the inescapable loss of trust is crushing. That’s why the case of Archbishop Theodore E. McCarrick is particularly devastating. We thought he was a voice for reform and protection. Instead he was just grooming us all. His betrayal casts doubt on everyone. This is the real corrosion of the sexual abuse crisis in the church: We don’t know if we can trust priest or bishop or even pope.

In an interview, Cardinal Luis Tagle of Manila recently said: “When we look at the Scriptures, we realise that the theological virtue of hope blooms precisely in the most terrible of times.”
The scandals have been what one bishop called “a hard grace.” But it is in this darkness that we turn to the Lord.

We should not be allowed to wriggle out from under this terrible burden. My own pastor in a recent homily called the scandals “a gift.” He meant that we are being summoned as a church to confront our failures of chastity, our failures of fidelity, our broken trust.

We are being challenged to stop making this an ideological club with which to beat our opponents and instead look on this as a wounded family in need of healing.

The church has been through many hard times. After the corruption of the Renaissance came some of our greatest saints. After the persecutions of the French Revolution came a surge in vocations.

God will not, cannot, abandon his church. It is time for us to take up the challenge set before us. And that includes the Catholic press.