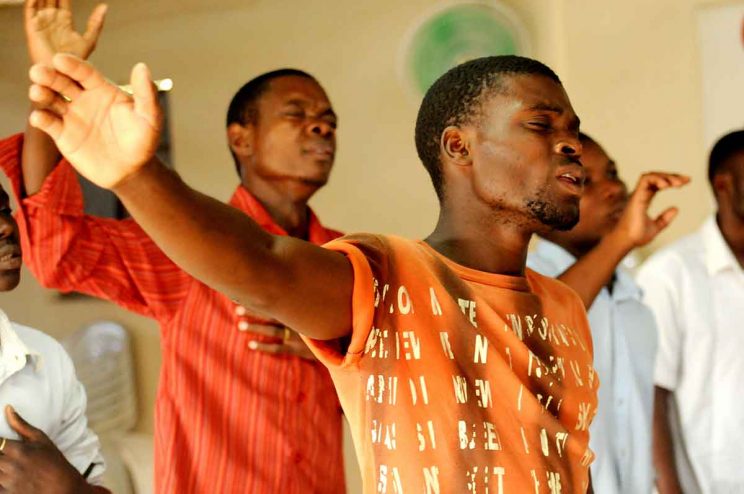 Nigeria is one of the most religious countries in the whole of Africa, with the highest number of Christians and more churches than the other African countries combined.

But the big questions only few pause to ask about these magnificent prophetic acts are: What is the true source of their powers? What’s the assurance that God is here? Will this healing last?

Many dive into these churches without asking any questions. That has caused a lot of chaos and confusion in Nigerian Christendom as various churches disagree about others’ doctrines, practices and ways of performing miracles.

Nigeria before Christianity (and Islam) practised worship of ancient native gods, which persists even today. They have always believed in supernatural powers, right from ancient times.

That’s one of the major reasons why missionary preaching about the wonders and powers of God made sense to them in ancient times — sparked by a little miracle and testimonies, they adopted Christianity.

“Believers” Must Have Signs

But now, many Christians have reset their expectation for Christianity to be a religion where miracles, signs and wonders must happen. This idea has become so common among Catholics that many of them are beginning to feel that the Catholic Church does not have the “miracle-effect” of other, newer churches.

So many faithful now find themselves being members of mushroom churches, not with the aim of finding God but to seek miraculous signs and wonders.

That great hunger for miraculous signs and prophecies has awoken a great evil as many witchdoctors now leave their native shrines, suit-up with bibles their hands, and perform evil magic under the guise of divine manifestations from God.

And they are motivated by their members who always donate huge sum of money to them for prayers.

Setting up a new church is becoming one of the easiest businesses. Almost anyone who has studied the Bible well can venture into it. Have some biblical knowledge coupled with claims of miracle-performing and prophetic powers, and you are set for business.

Church Founded by a Witch-Doctor

There is a church founded by a man whom I know well as an evil witchdoctor. He was never “born-again”. But far from where he is well-known, he made a huge impact.

He started with congregations of five people. All he did was to prophesy massively and “heal” a lame man, and the next Sunday he had a crowd of over 500. Today he attracts crowds of over 10000 in his headquarter-church, with branches scattered across Nigeria.

Nigeria has freedom of worship in her constitution, so there’s nothing anyone can really do about it except to open the eyes of these Christians to the true essence of their faith.

Christ was, is and will always be present in the Catholic Church. So why do you wish to leave? It’s obvious that people want quick solutions and tend to have their eyes fixed at where the heat is on (and that’s how the devil gets you twisted really quick).

Christ is most assuredly present in the Blessed Sacrament. Why run helter-skelter after what you already have on a platter of gold, and thereby eventually ruin your soul?

Some of the founders know that. I have heard of two popular and prominent founders of different church ministries who still visit the Blessed Sacrament and spend quality prayer time there. I have seen a few of the less popular ones doing the same before my very eyes.

Surely the arm of the Lord is not too short to save, nor his ear too dull to hear (Isaiah 59:1).

God is in Your Neighbour