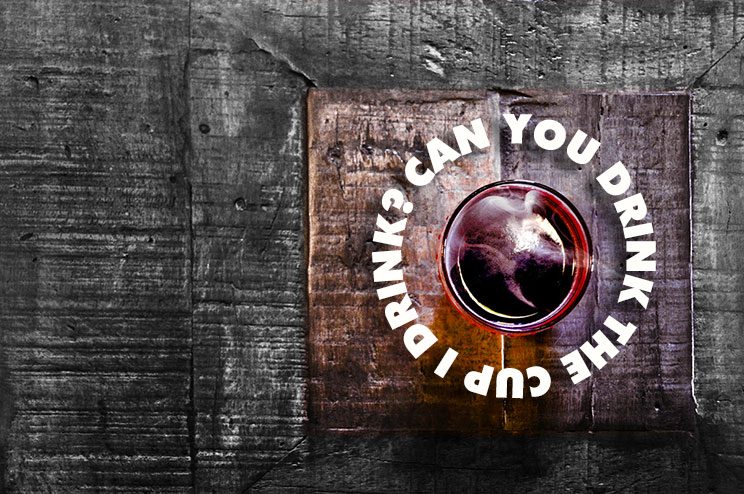 And James and John, the sons of Zebedee, approach him, saying to him, “Teacher, we wish that you would do for us whatever we might request of you.” And he said to them, “What do you wish that I might do for you?”  And they said to him, “Grant to us that, in your glory, we may sit one on your right and one on your left.” But Jesus said to them, “You do not know what you ask. Can you drink the cup that I drink, or be baptized with the baptism with which I am baptised?” And they said to him, “We can.” And Jesus said to  them, “You shall drink the cup I drink, and be baptized with the baptism with which I am  baptised; But to sit on my right and on my left is not mine to give, but is theirs for whom  it has been prepared.” And hearing this the ten began to be irate about James and John.  And, summoning them, Jesus says to them, “You know that those who are supposed to rule the gentile peoples dominate them, and that their great men wield power over them. But it is not so among you; rather, whoever among you wishes to be great will be your servant, and whoever among you wishes to be ﬁrst  will be the slave of all; for even the Son of Man came not to be served, but to serve and to give his soul as the price of liberation for many.”

Love leaves us vulnerable, powerless and foolish. Love brings us face to face with our own inadequacy; the littleness and the desolation that nothing except the beloveds’ heart can fill. This is the paradox that flows from the heart of the creator; powerful beyond time or contemplation, yet choosing to become vulnerable, powerless and foolish in the eyes of the world.

The values of the kingdom of God are exactly opposite to those of the world of manipulation, power politics, social climbing, and vain display. We all know this, yet generation after generations we continue our power games, using titles of honour and displays of prestige.

We are very much with James and John, seeking the best places at the feast to come. We are disconcerted by the apparent trick that Jesus is playing on them. Rather than drinking from the joyful winners’ cup, the cup that they will share with Jesus is one of rejection, contempt and suffering. When we attempt to manipulate God, things do fall apart.

This is evident in the confusion and divisions that we are experiencing in our church today. The gospel vision of the kingdom of God based on a shared discipleship of equality has been interwoven with the symbolism of Roman, hierarchical patriarchy. This narrative is now starting to unravel and no amount of scapegoats’ blood seems able to glue this body back together again.

It’s All About Our WorldView

Outdated institutionalised paradigms of power are being ripped apart by the true meaning and message of Jesus’ death on a cross. We must find our voice to confront the powers that seek to manipulate God or we ourselves will become part of this manipulation that is equivalent to an act of disbelief in God.

When we interact with another human being, that person has a set of assumptions and beliefs that influence the interaction. This includes beliefs about what an individual thinks other people are like, and how to win dominance over the other. How clearly we recognise this in the disciples, but can we recognize it in ourselves.

Most of us, throughout life, hear various comments from others about our behavioural patterns. Being human we have the tendency is to ignore or rationalize away these complaints in order to go on with our preferred style of life; seeking power, to compete and to dominate. Even now, when knowledge of self-defeating scripts and habits is becoming a greater part of human awareness, we find it very difficult to view our personal behaviour in an objective manner.

James and John, the sons of Zebedee start by using the type of manipulation we are well used to ….will you do us a favour? The other apostles are no better….what in it for us?

But Jesus does not play these games. Jesus warns us that these power games are not to be used among his disciples… This is not to happen among you. No; anyone who wants to become great among you must be your servant, and anyone who wants to be first among you must be slave to all. For the Son of Man did not come to be served but to serve. Any pious assertion of “serving God’s people” while we have been feeding on the young lambs and hiding behind the structures of canon law, must be as so much menstrual rags in the face of God.

Our spiritual journey requires that rather than point fingers elsewhere, we come face to face with that side of our personality that is fearful, insecure and seeks validation through domination in some way. Without this stripping of the false self, this ‘dark night of the soul’, we cannot enter into proper relationships of love with another person, nor can we know and be in relationship with God.

The way we handle our relationships with each other will be mirrored in our relationship with the living God who cannot be manipulated, controlled or dominated by any of the games we play.

Unless we are in right relationship with at least one other person on this earth, unless there is some place we can give and receive love without manipulation or power games, I don’t think we have any reason to think you’re living the gospel and neither do we have anything to say to this world.

This is our new beginning; let us begin by recognising that the assumptions and beliefs that affect our relationships may also need God’s purification.