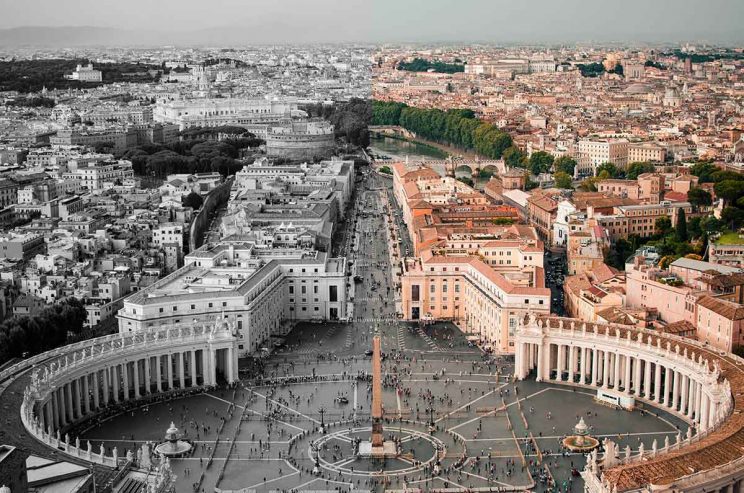 “Much of the clerical structure of our Church reflects the now-dying model of Church. Besides the tendency on the part of the hierarchy to revert to the default position, there is also a small but vocal movement which seeks to resist change and to reestablish the old order.”

The above is an excerpt from an address by Bishop Vincent Long Van Nguyen of Paramatta, Australia.

His words echo those of one of the early Greek philosophers, Heraclitus, who maintained the world is governed by a law of change.

The Gospel was written at a time when there was a schism in Jewish society, due to leaders having differences in interpreting Mosaic Law.

The Temple had gradually become corrupted during the Hellenistic period (323-31 BC), and the Essenes, who rejected Temple rituals, had moved to Qumran in the desert.

Two factions had emerged in Jerusalem: those who supported the “new way” and those determined to maintain old religious ways.

The story played itself out with Jesus arguing for a new direction which, as we now know, succeeded in becoming Rabbinic Judaism. This did not happen overnight; it took a further 500 years to be fully accepted as the normative religious practice of the Jewish people.

Coincidentally, it was 500 years ago that the foundation of Christianity was rocked with the advent of the Reformation, when its forerunners, similar to Jesus, dared to confront iron-clad doctrinal concepts.

Pope Francis showed us the (ecumenical) way by attending the 500-year Reformation jubilee in Sweden in October 2016.

St John Paul II had done likewise, being the first pope to attend a Jewish service in Rome.

St John XXIII had seen the need for a “new way” with the inauguration of Vatican II.

Will Pope Francis succeed in perpetuating his mission, and — more importantly — will the next pope continue with the “Francis baton”?